“He broke his nose himself.” This response infuriates Cooper!! 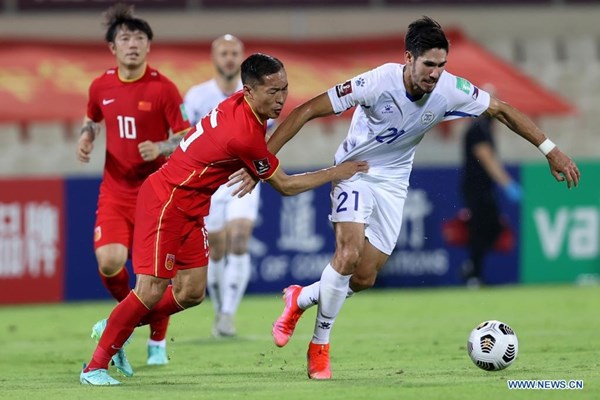 Ali Maali (Sharjah)
At the time, the English coach Scott Cooper of the Philippines national team confirmed the right of China to win two goals in the match yesterday evening at Sharjah Stadium in the qualifiers for the 2022 World Cup and the 2023 Asian Cup, but he sharply criticized the South Korean referee, Hee Joon Kim, and demanded that he be suspended from arbitration. .

Cuper confirmed that he spoke with the referee between the halves of the match about the injury of one of his team players in the nose and he was replaced, noting that the referee’s response was a lot of irony.

Scott Cooper (50 years old) said: When I asked the referee why he broke the nose of the Filipino player, he laughed, and said that he broke his nose himself, and here I wonder how a match referee could speak in this way. He added: “I do not know where this ruling came from, but I demand that it be stopped, for the sarcastic way of responding and talking together, and I did not expect what happened from him, it is a shock by all standards.”

On the match, Scott Cooper said: “We showed again that we can control China, and we did not give them any chances in the first half, and I was planning to end the match as happened in the first leg with a goalless draw, but the fitness factor was not in our favor, and we made one fatal mistake in The midfield led to the penalty kick that opened the match, and it had a negative effect.”

He added, “The Chinese team deserved to win, but it must be taken into account that we have between 8 to 9 players who were not with us in Sharjah, so I am proud of the Philippine players and what they did, and I think they did a very good job.”