Having lost her vacation in Turkey, a Russian woman went to Cyprus to rest and was disappointed 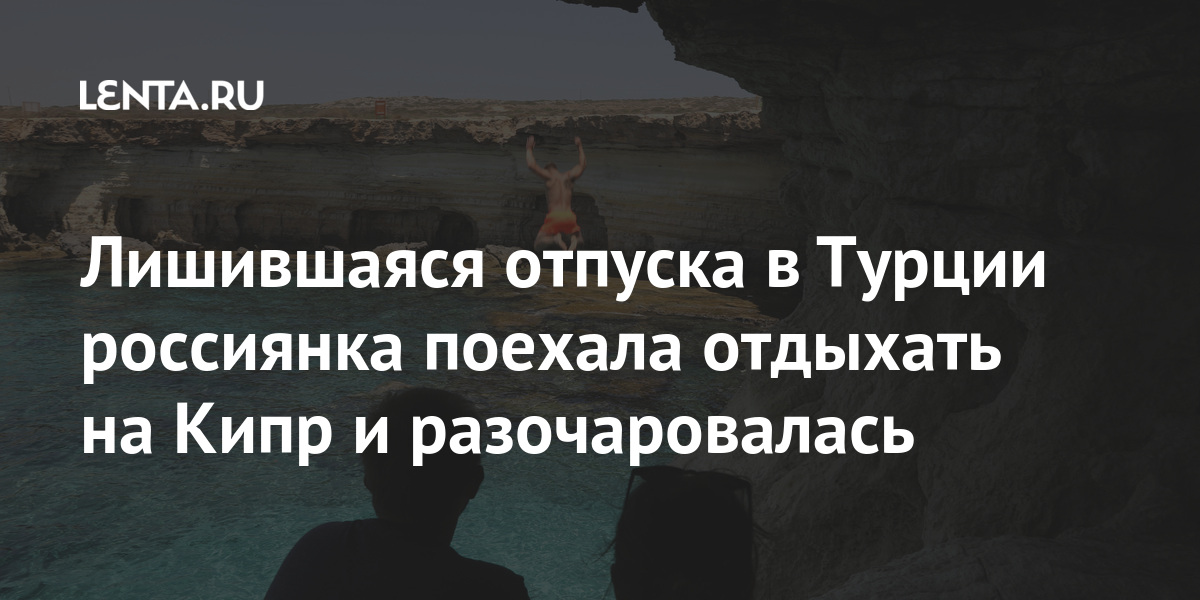 A tourist from Russia, who lost her vacation in Turkey due to the suspension of flights, flew to Cyprus for a vacation and was disappointed. She shared her review with the portal “Subtleties of Tourism”, it was published on the platform Yandex.Zen…

So, according to the traveler, for her the alternative to the canceled tour was a trip to Cuba or Cyprus. As a result, she chose the second option and went to Ayia Napa – the voucher cost 139 thousand rubles for two, a third more expensive than a vacation in Turkey.

The girl admitted that she did not build high expectations from the vacation, and nevertheless, she got “strange” feelings. She turned out to be practically one of the first tourists who arrived in the country after the restrictions were lifted – only three hotels were opened in the city.

“Many hotels, restaurants, cafes and shops are closed. Nightclubs are still banned. The amusement rides and water parks are currently closed and are planning to resume work in May, ”said the tourist.

The author considered the biggest drawback to be the cost of the rest itself – food, excursions and shops. She was also upset by the “confusion and uncertainty” with the schedule of various establishments and the queue at the airport.

However, in conclusion, the girl noted that she liked the trip. She said that its main advantage is the clean and beautiful Nissi Beach, a six-minute walk from the hotel. “I advise you to tune in to a beach holiday with a serene contemplation of beauty, and beauty is everywhere,” she summed up.

Earlier in April, a Russian woman who studied Turkey named alternatives to local resorts in Russia. Among the alternative options for where to go on vacation in the upcoming season, the tourist named Sochi. Another option is to replace your trip to Istanbul with a trip to Kazan. In addition, as an analogue of Cappadocia, the Russian woman offered to go to the Caucasian Mineral Waters.