‘Have I already talked about death?’ Three poems by Tamara Kamenszain 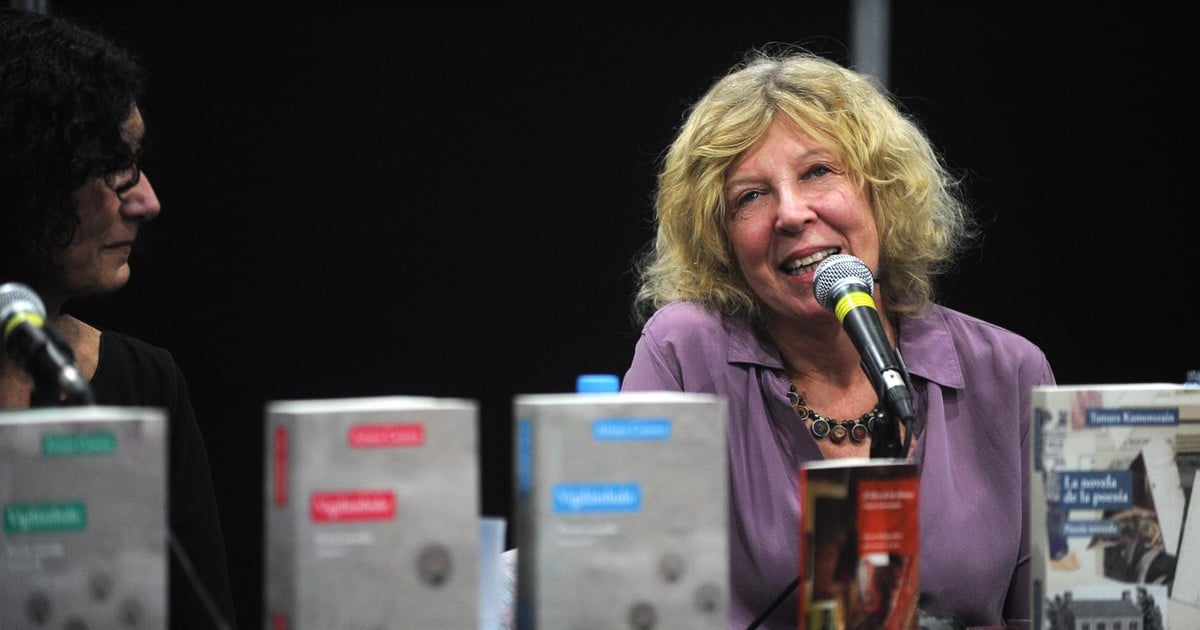 The poet Tamara Kamenszain (1947) died this Wednesday in Buenos Aires, a victim of cancer. Here, three of his works.

Have I already talked about death?

Have I already talked about death?

the father of my children died

s so many friends died

and I said and said that they are no more.

Is that talking about death?

I wrote down that they left

I dedicated books to them I named them

by their names I annotated myself

that nobody answered me.

Is that talking about death?

I tried everything I could

I insisted with alien refrains

but Pizarnik was already born

she called herself since she was a girl

And that is talking about death.

I only quote her

because I was born in a generation

and that’s not talking about death

if the body walks alone

fold with others over time

is a literary sport:

“Death and life were

In a lined notebook. “

When i tell you a dream

When I tell a dream to today’s analyst

he hardly says anything once again he shuts his mouth

speak my reality though

I persist I did not just wake up

it seems I need to find a freudian meaning

That forces me to write about myself

and every time a white napkin is opened from its function

the bar transforms the indifference of those around me

once I’m fine, I tell myself I’m writing something

later at home I print it and one day

if I buy a notebook out of fatigue

I will end up falling into the diary and poetry

will have to deal with other matters

because there is another line, there has to be another.

we didn’t have it

we didn’t have it

we don’t want it.

But the word poetess yes

even though it embarrassed us.

I told myself a thousand times

I always complain that someone in writing

he alluded to my work calling me by name.

When the Uruguayan poets were already

when in Argentina there was no divorce

when in Argentina there is still no legal abortion

he keeps getting ahead of us

because the named poets are

Young old women that if we read them again

they will wink the most current eye

so that love poetry

in some verses by Cecilia Pavón

who say: “when I go on the bus, ex-boyfriend,

how nice it is to remember you “.

Alfonsina returned ex to hers

in such a colloquial operation

that I anticipate Pavón while he scandalized

“if he calls again on the phone

You tell him not to insist, that I have left “

wrote with one foot in the sea

because it seems that what begins as poetry

it is destined to end as a novel.