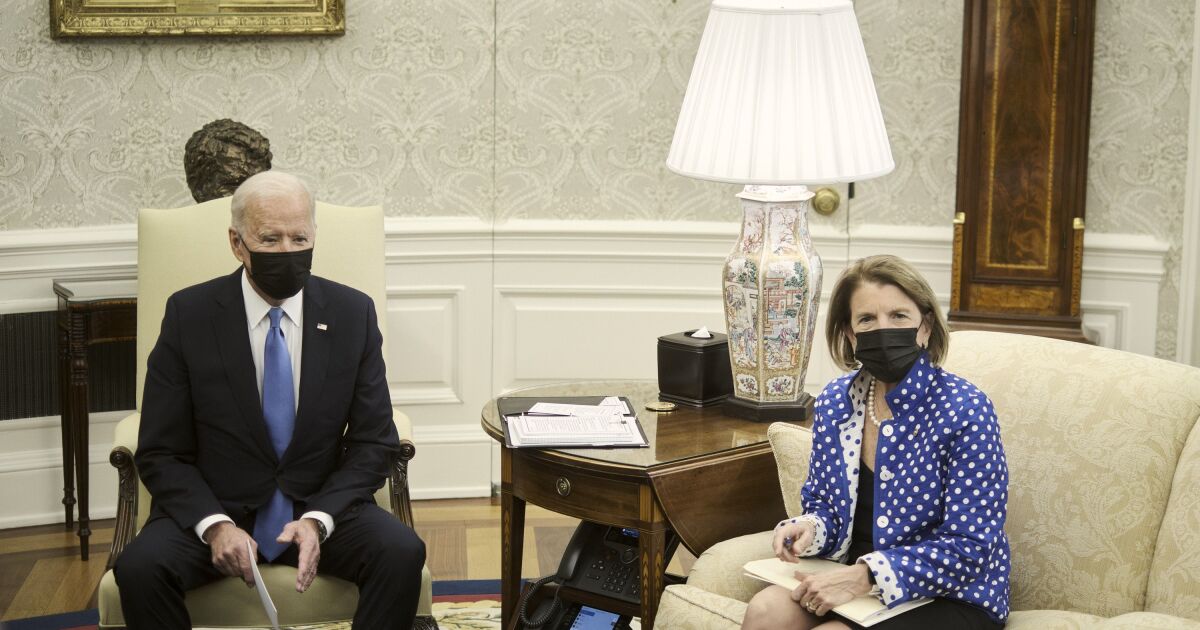 WASHINGTON – After bankers feared how Democratic control of Congress and the White House would affect their bottom lines, the industry could escape a dramatic hike in corporate taxes thanks to infrastructure talks.

President Joe Biden had campaigned on a proposal to raise the corporate tax rate to 28%, threatening to undo much of the tax reforms pushed by former President Donald Trump.

But the Biden administration has appeared to backtrack somewhat as a result of the intense negotiations with GOP lawmakers over an infrastructure plan, suggesting he was open to a lower 25% rate. That three-percentage-point difference could cushion the blow of any tax plan for banks, which are more sensitive to fluctuations in the corporate tax rate than other industries.

“The issue here is that banks are most exposed to changes in the rate, because as an industry, they generally pay very close to the statutory rate,” Ed Mills, a policy analyst for Raymond James.

Banks were considered one of the biggest beneficiaries of the Trump tax cuts, seeing record profits as a result of the corporate tax rate being slashed from 35% to 21%.

The industry was widely expecting to pay more in taxes with unified Democratic control. But with Democrats’ slim majorities in the House and Senate and Republicans unified opposition to tax hikes, signs are pointing toward a smaller tax increase than anticipated.

“I think the administration is already backtracking on some of the more aggressive tax increases, because they’re going to have a lot of trouble getting support through Congress,” said Paul Merski, group executive vice president for congressional relations and strategy at the Independent Community Bankers of America. “I think there’s probably virtually no Republican support at all, for any of these tax increases.”

For weeks, Biden has been negotiating with Sen. Shelley Moore Capito, RW.Va., after he proposed investing more than $ 2 trillion in infrastructure projects across the country. Biden’s initial “American Jobs Plan” proposal included the 28% corporate tax rate to help offset the new spending.

Biden has since scaled back his initial proposal but has stated that he wants to spend at least $ 1 trillion on an infrastructure package. As his proposed infrastructure investment has declined, so have his expectations for what corporations will pay in taxes to fund the new package.

Biden said at an event in Louisiana on Sunday that he thinks the corporate tax rate should be between “25% and 28%.”

“I’m willing to hear ideas from both sides,” Biden said. “I’m meeting with my Republican friends up in the Congress. … I’m ready to compromise. “

Mills said that the developments are particularly positive for banks because they tend to pay higher effective tax rates than other industries.

Biden’s comments suggesting he is open to lowering his initial proposed corporate tax rate come as Senate Minority Leader Mitch McConnell, R-Ky., Has said that changes to the 2017 tax cuts are a “red line” for Republicans negotiating the infrastructure plan.

The CEOs of some of the largest US banks also warned lawmakers last week that substantial tax increases would hurt their customers.

“Our small and medium-size businesses, of which we have many, are worried about tax increases slowing down their ability to invest in employees, invest in new equipment, be competitive,” said Bank of America CEO Brian Moynihan to the House Financial Services Committee on May 27.

Mills said Biden is likely trying to find a balance between conservatives who have championed the Trump administration’s tax cuts and progressives who don’t believe corporations are paying enough in taxes.

“There is not the political support for a 28% tax hike,” Mills said. “I do think that the focus of Biden continues to be a desire to push a message that what he is trying to do is getting folks to pay their fair share.”

Analysts are projecting that the corporate tax rate will likely increase to no more than 25% if Biden is able to get an infrastructure bill through Congress.

James Lucier, managing director at Capital Alpha Partners, said that even some Democrats are concerned that higher corporate income taxes will make the US less competitive.

“Despite their willingness to raise the corporate tax rate, there is still a limit to how far congressional Democrats will go,” Lucier said. “A 28% percent rate would give the US the highest combined federal, state, and local or total national tax rate in the [Organisation for Economic Co-operation and Development], and Democrats don’t want to go there. A 25% rate puts the US in the upper end of the pack, but not the very highest. “