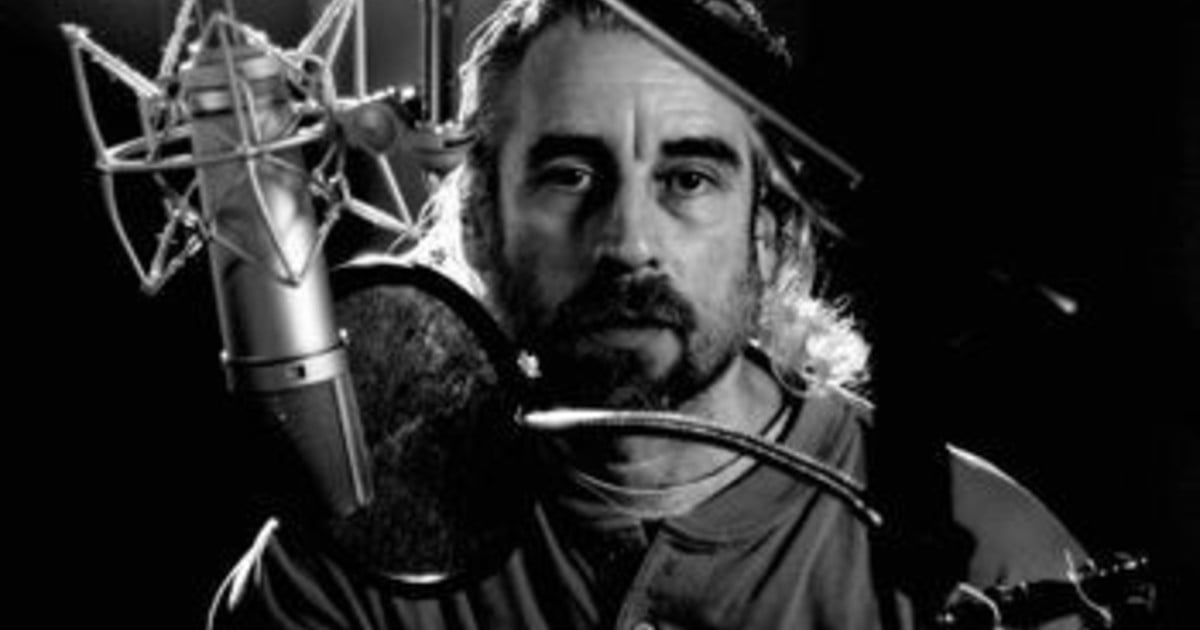 Dreams to the heavens, the documentary by Cubans José Luis Aparicio Ferrera and Fernando Fraguela Fosado, will have its premiere at Bafici next week and that makes a lot of sense. The medium-length film reconstructs the background and reverberations of a case of censorship and escrache against the musician Mike Porcel, in Havana in 1980, and it happened that when it was going to premiere in Havana, in the ICAIC 2020 Youth Show, was censored by that official institution and was not screened. Is it possible that so little has changed in Cuba in the last four decades, to coincide with cyclical punishment? Unlike that escrache and the push to ostracism of the singer-songwriter, recent censorship triggered solidarity with Aparicio Ferrera and Fraguela Fosado among actors and filmmakers, who withdrew their films from the Festival. The official cancellation episode and film illustrate the modus operandi of repressive governments in Latin America. For many it brings back memories of the past and present.

The documentary unfolds the biography of the Cuban musician Mike Porcel and his fall from grace. The turnaround that his life suffered continues the usual script of exemplary punishments for freedom of opinion in the Cold War, in close tune with the Soviet cultural policies of the time. The dogma that still maintains its inertia had been made explicit by Fidel Castro in 1961, just two years after the triumph of the Revolution, in a speech and the famous Letter to the intellectuals: “Inside the Revolution everything, outside the Revolution, nothing.”

Composer, troubadour, lyricist, Porcel founded the bands Dada and Síntesís – the documentary contains tropical echoes of Latin American rock and the group Rainbow. Although he belonged to the Nueva Trova Movement, Porcel preferred to disregard party premises and stay in the tradition of the poetic ballad. The 70s bore the mark of the so-called “gray five-year period”, which crushed the Cuban cultural field with socialist uniformity and the dogma of the letters of social commitment; The same causes led to the silence of the sones and boleros of Buena Vista Social Club, as the Wim Wenders film tells. Meanwhile, the Cuban Trova increasingly absorbed the propaganda function and, in return, benefited from active internationalism throughout the Spanish-speaking region. Nobody doubts the value of these musicians, but their subjection and relativism of conscience are exposed. The Nueva Trova was the soft power of the government of Fidel Castro. Porcel abstained. He continued singing what was sung to him, without venturing into the protest song and in 1980, on tiptoe, he enrolled in maritime charters to emigrate to the US Emigration was denied him. The episode of the irruption of thousands of Cubans requesting asylum at the Peruvian Embassy in Havana on April 1, 1980, would give way to the exodus from the Port of Mariel. In the worst migration crisis in its history, near 125,000 Cubans left the country in sand flats, cruise ships and cargo ships between April and October, among them, the writer Reinaldo Arenas.

Cuban musician in the 70s. He founded the bands Dadá and Síntesis. He went into exile in 1989.

In the heat of those days, while at home with his family, there was a massive public escrache with shouts and stones, neighbors and activists from the Committees for the Defense of the Revolution, the nefarious CDRs. Among the forces of repudiation, his colleagues from the Nueva Trova Movement. Present and at the microphone, according to Porcel, Pablo Milanés and Silvio Rodriguez. In Dreams to the heavens, the title of one of his ballads, he himself relates how he heard the cries of “Traitor” and saw the rejection letter signed by his fellow musicians slip under the door.

The documentary records that Silvio, Milanés and Vicente Feliú were summoned by the filmmakers to give their testimony that night but they did not accept. There are no images of the event; the short film uses cartoons to visually tell the black hole in Mike Porcel’s life, on his voice-over. The dynamics of the event are subtly chilling, told from any point of view.

On his blog, Second date, Silvio Rodríguez himself denied in 2020 that he was summoned by the CDRs to lead the escrache that night, clarifying, in a comic discharge, that he never shouted the little word into the microphone (“traitor”, which he does not mention) but arrived later Y she “whispered” it to a colleague, who did shout it. We read in Silvio’s version, collected by Cuban newspaper, the much-followed digital site based in Madrid, which dedicated several articles to the subject: “I always said that I did not agree to make any repudiation. And even though I tried to miss the night they agreed to do it, they found me. And fui. Someone, who lives in Miami today, told me that they were waiting for me to start. I turned around, walked to the front of the house and there I whispered a word. Then I went back to the group and said, “I already did.” I immediately left. As I walked away, I saw how one by one they approached the house, to leave their whisper. That’s what the much-proclaimed rally consisted of. “

Forced to speak out for the documentary, Rodríguez said that “as a result of the departure of Cubans through Mariel, the news began to spread that Mike was selling his belongings because he was leaving with his family. For this reason, Vicente Feliú, Alberto Falla and I went to his house one morning and told him that, if it was true that he wanted to leave, he could count on us, that we did not question anyone’s right. But Mike, obviously hurt, He told us that what he felt most was that his revolutionary integrity was being doubted. “Always according to Rodríguez, Feliú and he then negotiated that the newspaper Rebel Youth interviewed him to deny the rumors and they went to the office of Armando Hart, a veteran of the Revolution and then Minister of Culture, who approved how they had acted before Porcel.

According to the intellectuals we consulted, the silence of Pablo Milanés, present in the repudiation, is still more symptomatic today. Milanés knew the repression in his own flesh in his youth, due to his years of imprisonment in the Military Units for Production Aid (UMAP), lthe labor camps that intended to correct gays, young “pot-boys” and dissatisfied, operations between 1965 and 1968. On his Facebook, the columnist Fermín Gabor (pseudonym of a prominent Cuban writer) observes: “Victim in the UMAP, he was among the perpetrators when El Mariel. And if as a victim he has demanded the Cuban leadership a declaration of responsibility and a request for forgiveness should, in congruence, render accounts for the perpetrator that he was. (…) Pablo has faced that impulse, but it is evident that with a selective memory “.

Pablo Milanés suffered persecution in his youth, interned in the corrective military units, the UMAP. It has not commented on the escrache in which the Nueva Trova participated. Photo from EFE

In the documentary, the troubadour Amaury Pérez, another member of the Nueva Trova, tells that Porcel was scheduled ostracized. In retaliation for your decision to emigrate, his son was expelled from the Conservatory of Music where he studied. After the escrache, he was forced to stay in Havana but he did not record again; He worked in other trades and it was necessary to wait for the United Nations Human Rights Commission to visit Havana and present its case. He finally managed to leave for Spain and reunite with his family in 1989, shortly before the fall of the Wall.

In Dreams to the heavens, the directors also film almost on tiptoe; It is not an invective or a recalcitrant dissent, and they even seem obliged to present only those who today remember that chapter of Cuban history with shame. Is there anyone who can disagree with them and vindicate the clean face escrache, forty years later? Well, Silvio Rodríguez qualifies it in his statements and clings to vintage weather miniatures. In the 1980s, he writes, “the subjective burden was different. Of course the repudiation rallies were a hideous distortion, but I also notice a tendency to take facts out of their historical context.” This confirms that no political event is shielded in its historical reading. And above all, that nobody forgets anything.

When Fidel Castro’s health was failing, as a result of a serious fall, the novelist Guillermo Cabrera Infante was asked if he would return to Havana in case the old leader died. Cabrera replied: “Yes, of course, but not on the first plane … ”. Mike Porcel has lived in Miami for years, where he works as a film composer. He has not returned to his country. At Silvio Rodríguez’s recent invitation to record in Havana, which is so much easier than in the United States, he limited himself to replying that if there is something abundant in Florida, it is recording studios.

Dreams to the heavens It will be seen on March 24 at the Carlos Gardel Cultural Space and on March 26 at the CC San Martín, within the framework of the Bacifi.

The TV series “Sky Rojo”: Whoever goes through hell owes nothing to the devil

Katy Jara suffers from sequelae after overcoming COVID-19: “I must continue therapy”

A khaliji woman is demanding the expulsion of his ex-wife from a house she shared to buy for 300,000 dirhams