Has the end of gyms come? In the United States they wonder if they will end up like the ‘video stores’ 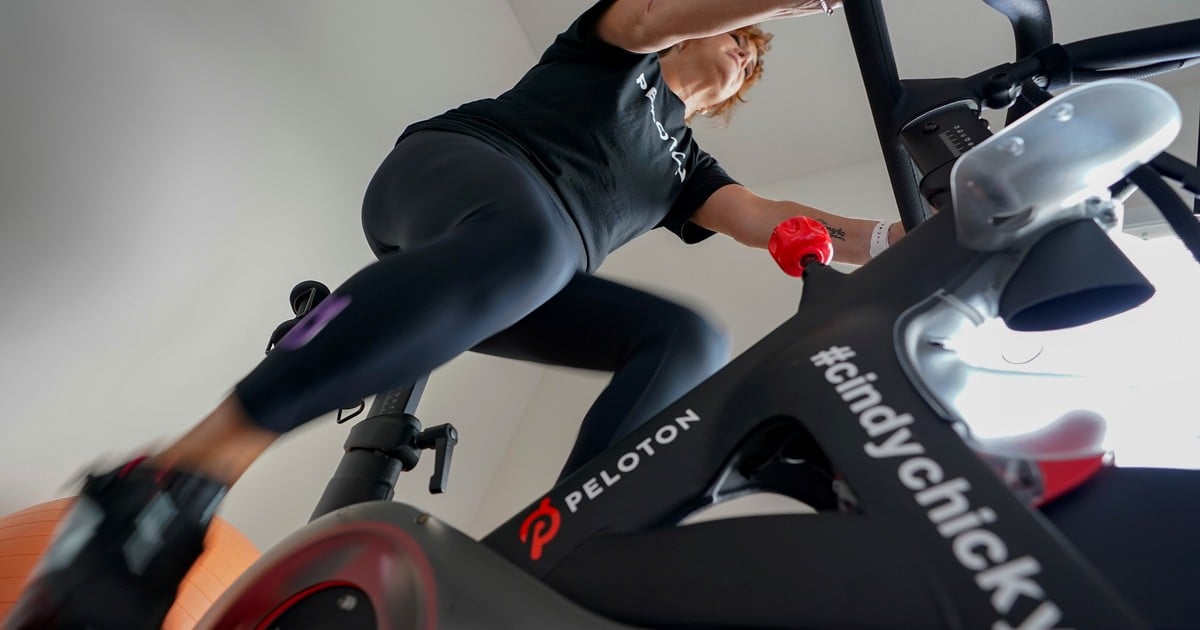 Go to the Gym was always part of Kari Hamra’s routine until last year the government of United States ordered lockdowns that forced her to replace training with daily use of your bike static.

It was then that he discovered something surprising: I didn’t miss the gym. At least not having to drive back and forth, fill water bottles, change clothes, and most of all, be separated from her husband and two children.

Now that her gym in Springfield, Missouri, has reopened, she is slowly making her way back. But finding a more convenient time to exercise at home and seeing a spike in COVID-19 cases in your city has it. questioning how much need the gym. He believes that if there had never been a coronavirus outbreak “I would still be a gym rat.”

The pandemic has transformed the way Americans exercise and disrupted the fitness industry, accelerating the growth of a new era of virtual classrooms and high-tech equipment for training at home.

Peloton, which makes interactive exercise equipment, is betting that the home workout trend is here to stay. Photo: AP

Many have already disappeared

Thousands of small gyms and workshops that were forced to close their doors a year ago they have disappeared. Others struggle to stay afloat and have redesigned their spaces, leaning more towards more personalized routines, and they have also added virtual workouts.

The question is whether they can survive the onslaught of apps and expensive bicycles and treadmills, or if your destination will be arcade rooms, video stores and bookstores.

Peloton, which manufactures interactive equipment For exercising, you’re betting the home workout trend is here to stay. Construction began on Monday on its first U.S. factory just outside Toledo, Ohio, where it plans to start production in 2023 and employ 2,000 people.

Demand rose to such a degree during the pandemic that some of Peloton’s customers had to wait months to receive their bikes. Although the company said the waiting list has decreased, it reported that sales have continued to rise, rising 141% in the first three months of the year.

Company founder and CEO John Foley believes it is inevitable that technology-driven home workouts will become mainstream, similar to streaming services They have changed the way we watch movies, noting that the idea of ​​going to a gym was “a broken model of yesteryear.”

“Exercise is one of the few remaining categories that is going to be massively altered by a digital experience,” Foley told The Associated Press.

During the first few months of the pandemic, most small independent gyms and workshops they turned to Zoom and to other video platforms for teaching Pilates and yoga classes and training sessions, as it was the only way they could connect with their clients.

“Now there is the expectation for it,” said Michael Stack, CEO of Applied Fitness Solutions, which has three training centers in southeast Michigan.

Small gyms can’t match the production quality and visual appeal of high-tech companies, but they can cope with online offerings characterized by personalized attention and closer relationships with its members and staff, he said.

“I think that’s the way we level the playing field,” he said.

But some people found that exercising at home it can be very comfortable.

Cindy Cicchinelli, who has become very attached to her Peloton bike after going to her gym in Pittsburgh for years, said that ease of use is what convinced her.

“I can get out of bed and not worry about running to the gym,” he said. “And I don’t have to add an extra half hour to my run.”