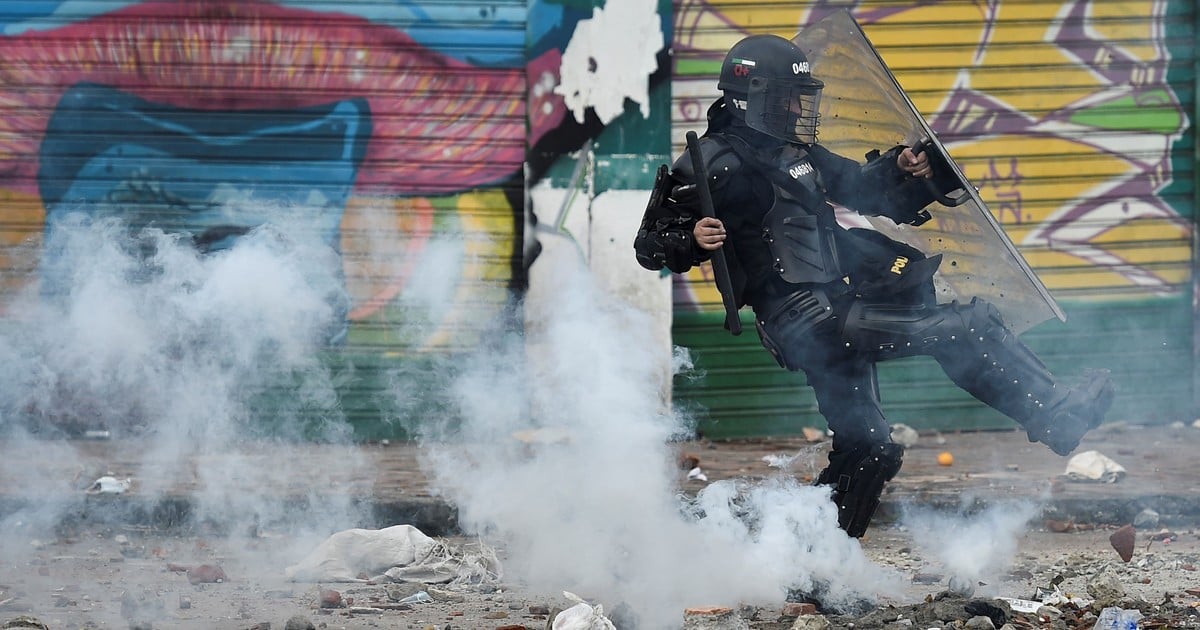 The UN, the European Union and human rights organizations denounced this Tuesday disproportionate use of force by the police of Colombia to control almost a week of violent protests against the government that leave a score of dead and hundreds of injured.

“We’re deeply alarmed for the events that occurred in the city of Cali (southwest) in Colombia last night, when the police opened fire on the protesters who were protesting against the tax reform, killing and wounding several people, according to the information received, “Marta declared in Geneva. Hurtado, spokesperson for the Office of the United Nations High Commissioner for Human Rights (OHCHR).

What began on Wednesday as a new demonstration against a tax reform already withdrawn became serious protests against the government and clashes with the public force.

On the morning of this Tuesday there were people in the streets and roadblocks in the capital and in Cali, the third largest city in the country and the most affected by the riots.

Hurtado made “a call for calm (…) Given the extremely tense situation, with soldiers and police deployed to monitor the protest.”

Human rights defenders and NGOs denounce threats and cases of police violence, that include civilians killed at the hands of uniformed men.

The European Union joined the warnings and called “avoid the disproportionate use of force”.

The Ombudsman’s Office registered on Monday 19 dead and 89 missing during the days of protest in the country. For its part, the Ministry of Defense counted 846 wounded, of which 306 were civilians.

The protests and riots ignited the capital of the Valle del Cauca department, Cali, on Monday night. The city of 2.2 million inhabitants It has been militarized since Friday by order of the government.

The local Security Secretariat this Tuesday registered five dead and 33 people injureds during demonstrations and excesses the day before.

The Ombudsman (Ombudsman), Carlos Camargo, denounced that a person from the entity, along with another from the Attorney General’s Office – in charge of investigating irregularities of officials – and three human rights defenders, they were attacked by the public force while assisting detainees in Cali.

The five “were threatened by agents of the national police who repeatedly shot into the air and the groundThey threw stun grenades, verbally abused them and demanded that they leave the place, “he said.

The UN participated in this commission, but was not “directly shot,” according to its local human rights office on Twitter.

Defense Minister Diego Molano avoided referring to the attack and assured that the police and the military are victims of attacks orchestrated by armed groups.

“The deployment of the public force was too high, unprecedented, a terrifying thing (…) they do not enter mediating with the community, but rather they enter by shooting at citizens, “Yonny Rojas, from the Créalo Foundation that protects Human Rights in Siloé, a neighborhood in Cali, told AFP.

Molano announced on Friday the arrival in Cali of more than 700 soldiers, 500 men of the riot force (Esmad), 1,800 police officers and two helicopters to support the local public force.

“We remind the State authorities of their responsibility to protect human rights, including the right to life and personal security, and to facilitate the exercise of the right to freedom of peaceful assembly,” the OHCHR spokeswoman warned.

The conservative president, Iván Duque, faces unprecedented protests in the streets since he came to power in 2018.

Unions, indigenous people, civil organizations, students among other dissatisfied sectors demand a change of course from their government.

The current mobilizations also include the despair caused by the pandemic that hits the country of 50 million people hard.

In its worst performance in half a century, Colombia’s Gross Domestic Product (GDP) plunged 6.8% in 2020 and unemployment climbed to 16.8% in March. Almost half the population is in the informal sector and in poverty, according to official figures.

Egypt ends the school year … and sets the exception

«Health»: Withdrawal of a medical device that causes a stroke