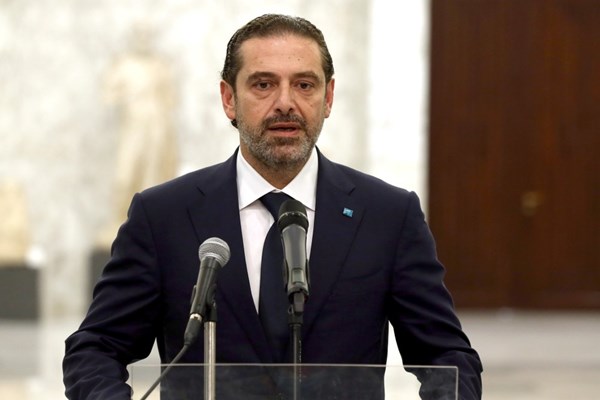 After his visit to President Michel Aoun, the Lebanese Prime Minister-designate, Saad Hariri, stressed the need to accelerate this formation to stop the economic and financial collapse and to conduct a program with the International Monetary Fund to restore the confidence of the international community.
It is Hariri’s seventeenth visit to the presidential palace since he was appointed in October to form a government, while the country is plunged into its worst economic crisis for a year and a half. It also followed the threat by France of possible sanctions on the Lebanese leaders for obstructing any progress on the political track.
“The main goal today of any government is to go first to stop the collapse with the International Monetary Fund and restore the confidence of the international community,” Hariri told reporters at the presidential palace.
Hariri said that he renewed his adherence to the President of the Republic to form a government of specialists that includes 18 ministers. He indicated that he had listened to Aoun’s remarks and agreed to meet again on Monday.
Aoun Hariri chose Wednesday evening between forming a government “immediately” or stepping down. Hariri responded, expressing his willingness to present a new government formation, but in case he was unable to sign it, Aoun demanded that he open the way for early presidential elections.

Confirming America's Ambassador to Russia as Director of "CIA"

Biden suggested waiting for the end of the investigation into Cuomo