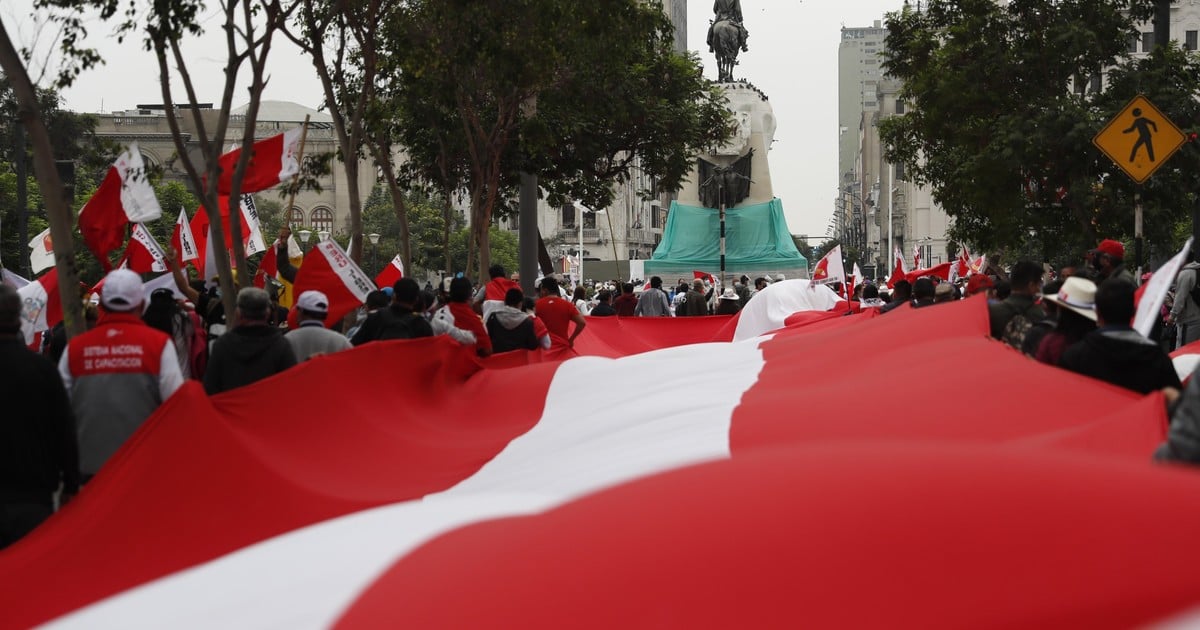 “Elite of Peru in a panic in view of the prospect of a victory for the extreme left in the presidential election, ”the Financial Times headlined his note on the Peruvian elections. The journalist from London quickly grasped the main feature of the election on Sunday, June 6. In my adult life I have never seen a choice this reluctant to argument and guided by the will to instill fear in Peruvian society.

The outcome of the election is still uncertain. It is clear, instead, that fear and mistrust have risen to another level both in the political system and in Peruvian society. And now the danger that misgivings will spill over into a large-scale political conflict must be conjured.

Let’s start with the obvious: the two candidates who made it to the second round scare. Pedro Castillo ran with the Peru Libre party, whose ideology promises, without embarrassment, a Leninist regime, and we have heard their leaders affirm that they will come to power to eliminate democratic alternation. Keiko Fujimori, meanwhile, vindicates the corrupt dictatorship of his father, Alberto Fujimori (1990-2000), and in the last ten years he led Fuerza Popular, a party whose most stable commitment has been to fight the rule of law.

As was natural in any reasonable town, the Peruvian he was not seduced by such a pair. They went to the second round with minimal votes thanks to an unprecedented fragmentation: Castillo obtained 18.9% and Fujimori 13.4%.

But that’s where the reasonable thing ended. In a strange situation in a second round system, both rejected the democratic task of moderating, negotiating or generating substantive commitments in order to convince about the 70 percent of the electorate that had not voted for them. They showed the arrogance of immoderation. Or they made betrayed paper commitments in the act. For the ideas and people with whom they did not demarcate, Peruvians seemed obliged to ask ourselves: Which of the two has fewer options to bully us?

Unfortunately, the citizens did not find an independent political sector capable of placing strict conditions on the candidates. Rather, Verónika Mendoza’s left from Lima and his technicians showed unconditional enthusiasm for Castillo and, opposite, Vargas Llosa and the like did the same with Keiko Fujimori. Two mediocre and dangerous candidacies became projects clear of doubts.

Pedro Castillo spoke to his supporters on Tuesday. He did it from his field base in Lima. AFP photo

And, immediately afterwards, society was injected with the politics of terror. Fujimorism raised its campaign out of fear of communism and terrorism, which would be represented by Castillo. Much of society was shepherded into panic. If in mid-April I heard politicians, businessmen and citizens affirming that they would vote for Fujimori with disgust, in mid-May she was the embodiment of freedom. And, as a consequence, whoever was a “lesser evil” became a providential savior. This transformation is not nonsense. If you are terrified, the one who saves you from extinction is a revered character.

Those who most treacherously used the politics of fear were the Fujimori camp, the upper classes and the mass media. Businessmen threatened to fire their workers if Castillo won; Ordinary citizens promised to put their domestic servants out of work if they opted for Peru Libre; the streets were filled with invasive signs, paid for by the business community, warning of an imminent communist invasion.

To this undemocratic behavior, the media joined. Above all, television exhibited a bias typical of authoritarian regimes. By smashing electoral norms, the programs became spaces for simulated or open Fujimori propaganda. Even the most influential political journalist in the country interviewed public figures and celebrities who reiterated apocalyptic messages in a crushing way. In other words, to save democracy they induced her into a coma. And Keiko Fujimori looked delighted. Even though he had those supports guaranteed, he did not attract their attention.

This grotesque behavior – even the journalists of the most important channel alerted him – generated a new question in the citizenship before the second round: Should I vote for who promises authoritarianism or for who has already begun to build it? Thus, in the days before the election, thousands who announced that they were going to vote null to show their displeasure with both projects, changed their vote to Castillo, thus the null vote was significantly reduced.

The paradox is that the panic in the upper and middle classes increased while Castillo showed infinite precariousness. As the political scientist Steven Levitsky put it, it is about an inexperienced politician who doesn’t even have a real plan in case of winning. In some debates, he could not fill the two minutes he had to speak on a national problem. It makes more sense to anticipate the chaos that their political deficiencies would produce than the consolidation of a tyranny.

Now, a McCarthyite panic of this magnitude —like the one Mario Vargas Llosa masterfully exposed in his novel Hard Times— is not invented in an election, it is only possible if it exhumes deep terror.

The fear of the precarious Castillo is not only electoral; a crowd stationed far away in the mountains that is as incomprehensible as it is threatening and that, in this circumstance, he could turn the world upside down by defeating Monaco from Lima (Hugo Neira dixit). If this is abstruse to the foreign reader, I suggest you go to Netflix and watch The Last Bastion, a series that narrates the Peruvian Independence two hundred years ago.

The strategy of terror soon showed its limits in the polls. Then, Fujimori turned to another old acquaintance: economic populism. He promised bonds with the soul of bribes. In the mining areas (where Fujimori was rejected), for example, they would give the families the profits generated by said activity. In the end, all these areas have massively rejected Fujimori.

Keiko Fujimori, who vindicates her father’s corrupt dictatorship, came out to denounce a fraud and agitated the final stretch of scrutiny. AFP photo

In short, the electoral campaign unearthed the fears of the upper and middle classes, as well as the authoritarian nature of the Fujimori project. Unable to understand and persuade Peru, they chose to terrorize it and promise it bonuses like one who throws bones at a restless pack.

Peruvian democracy came to this election wounded after a turbulent five-year period with four presidents. Now the wind of fear has blown over that precarious construction. It will be necessary to remember Martha Nussbaum: in politics, fear is the feeling that demands to control people, not to liberate them. With fear builds up oppression; democracies with confidence.

But the political, business and media elites decided to sow fear. Today, as a product of this climate, fraud is shouted although international observers recognize the cleanliness of the elections; arbitrary manipulations of the Constitution will be proposed to favor or hinder the presidency of whoever is elected; there will be no shortage of those who summon the military; and, all this, in turn, it will radicalize whoever the opponent is.

However, politics is, among other things, the art of avoiding cliffs. And to avoid this there is something essential that all parties should internalize: our democracy gives us the weapons to prevent an authoritarian project. If seized by fear we all convince ourselves that we will be chained by either of the two candidates, it will end up happening.

Wisdom should lead us to verify that neither Fujimori’s voters are a mass of corrupt anti-patriots, nor are Castillo’s anti-Peruvian communists. We are, yes, a citizenry beaten by the pandemic like no other in the world. A country marked by debts and debts. The moment requires a greatness and humility that these candidates and their allies have not shown but should be released, whoever wins. Fujimori and Castillo would hardly have beaten any other candidate, one of them will be in the presidency as the result of a great chance. Now they must banish the vocabulary of fraud and the coup. A country decimated and mourning the pandemic needs hope to be able to row all together.

This column was published in The New York Times. Its author is a professor and researcher at the Universidad del Pacífico, in Lima.