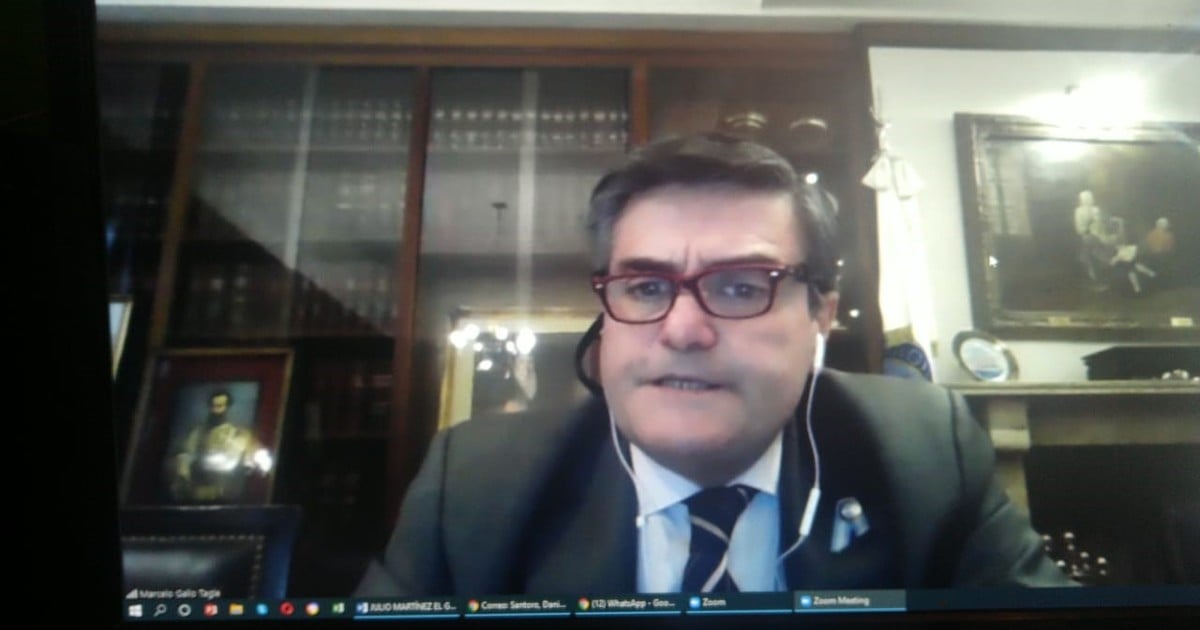 The “crack” in Justice had this Wednesday a harsh and unprecedented manifestation. The Bordó list of the Association of Magistrates and Officials of the National Justice (AMFJN) crossed this Wednesday to the group K “Legitimate Justice” for the attack on a judge.

“Legitimate Justice”, chaired by the auditor of the Federal Intelligence Agency (AFI), Cristina Caamaño, and the Bordó list made up of the president of the AMFJN, Marcelo Gallo Tagle, they polemicized by a ruling of the judge of Mar del Plata Alfredo López, who declared unconstitutional the Law of Voluntary Interruption of Pregnancy.

“We repudiate from beginning to end the ruling of Judge López, Magistrate in charge of Federal Court No. 4 of Mar del Plata, issued on June 7, 2021 in the framework of an amparo action and specifically resolving the proposal of a precautionary measure, who declares the Law unconstitutional of Voluntary Interruption of Pregnancy “, started the Legitimate Justice statement.

“Law that was duly debated and discussed by the representatives of the people, by social and civil organizations, and by different suitable persons on the subject, being Congress the one who ultimately valued the Constitutional and Conventional viability of this norm. Which seems not to have into account the Magistrate, “he added.

“Again, before our eyes the downward slope of the image of the judicial systeml, “Legitimate Justice said in a statement.

For the judges and prosecutors who support Cristina Kirchner’s judicial strategy, Judge López’s sentence “is not a democratic act, it is a quasi fascist act”.

“This mediocre political and legal action is dangerous because it tries to erode Democracy as an institutional system by denying and ignoring the division of Powers, “added Legitimate Justice.

Later in a statement, the Bordó list affirmed that his colleagues from Legitimate Justice “they do not know the function of the judges as custodians of the validity of the National Constitution, endowed with sufficient powers to determine, in the specific case, the constitutionality of a specific norm and, before that, issue precautionary measures to preserve the rights that are discussed in the lawsuit. “

“Do the magistrates who make up Legitimate Justice seriously believe that a judge cannot dictate the unconstitutionality or a precautionary measure with respect to a law because it was’ timely debated and discussed by the representatives of the people, by social and civil organizations , and by different suitable people in the subject, being the Congress the one who ultimately valued the Constitutional and Conventional viability of this norm ‘? “, added La Bordó.

“What law do you know that has not been debated and voted on by the representatives of the people? Perhaps, by default, will the DNU be the normative channel that they understand as ‘legitimate’ to regulate the life of Argentines? Really? Do we close courts?“said the response from the Bordó list, which is also made up of Judge Ricardo Recondo.

“Little independence and commitment to the justice service can be expected from a group whose leader to an official of the National Executive Power, Head of the intelligence services. But at least we ask that their operations omit to publicly offend judges who are not related to them, “he concluded in reference to Cristina Caamano, who retired last year as a prosecutor.

In the statement, the Bordó recalled that Legitimate Justice was the one that made in 2013 it opened the way to the so-called “democratization of Justice”, alluding to the project promoted by Cristina Kirchner during her second presidency. The project that “it was important to subject the Judicial Power to party politics” and was finally declared unconstitutional by the Supreme Court.