“Hard but fair”: “The lockdown makes you weary” – WELT 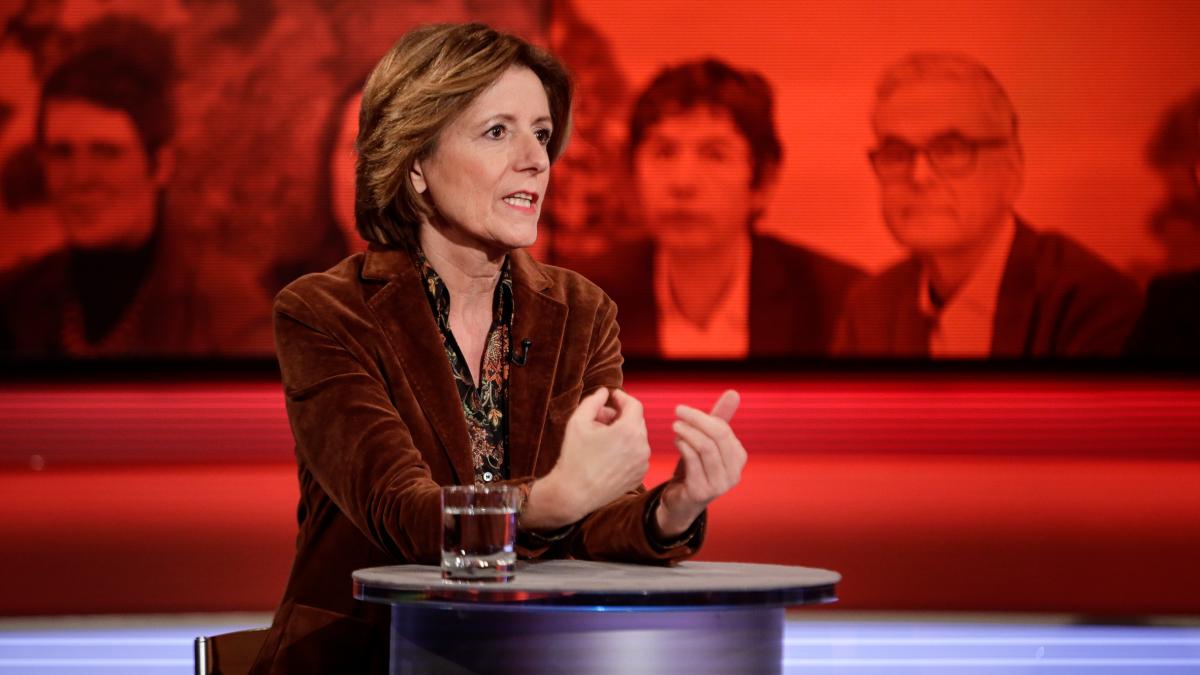 TDespite increasingly tougher measures, Germany is only partially able to get the corona pandemic under control. Doubts grow louder. Could the spiral of tightening lockdowns ultimately turn out to be pure activism on the part of politics? Or is the approach just right given the high death rate and full hospitals?

Under the heading “Longer, harder, more unimaginative: How useful is the permanent lockdown?” Frank Plasberg discussed the strategy of politics with his guests in “Hart aber fair”.

Effect of the corona rules

In addition to Malu Dreyer (SPD), the Prime Minister of Rhineland-Palatinate, WELT author Susanne Gaschke, the virologist Alexander Kekulé, the pulmonologist Cihan Çelik and the economist Michael Hüther were in the studio.

“The way to Aldi is the only highlight of the day”

The fact that new lockdown rules are questioned on talk shows before they are 24 hours old already shows how tense the situation is now. How frail the population is because of the increasing isolation, an older man should make clear in the film right at the beginning of the program. “The way to Aldi is the only highlight of the day,” he said resignedly.

For Malu Dreyer understandable. “The lockdown is weary,” she admitted. “I don’t know anyone who doesn’t have a negative view of it.” At the same time, she also made it clear: “It’s about human life. I am therefore convinced that the measures are the right ones, because we have to get away from the high number of infections. ”Dreyer did not have an easy position in the group and had to fend off stubborn criticism.

It came from Susanne Gaschke, among others. She openly doubted the narrative after low infection numbers automatically bring the solution. “I’m just not sure anymore whether the high number of incidences is the right enemy,” she said. The enemy is death that rages in old people’s homes. One must counter this there with preventive means.

Gaschke does not believe that the virus can be regulated downwards on a large scale with the help of lockdowns. “It is simply impossible to permanently zero the virus in a free, open and globally intertwined society,” she predicted. “Politicians have to say goodbye to the illusion that they want to get rid of the really big problem with the big hammer.”

Michael Hüther went one step further and immediately questioned the connection between lockdown measures and falling infection numbers. He considered the value of below 50 aimed at by the federal government to be unrealistic. “Is there a European country in the same climate zone that has come under a value of 100 with much tougher lockdown measures? You won’t find a single one, ”says the economist. In order to achieve these numbers, the lockdown would have to continue until April.

Alexander Kekulé, who had already secured the reputation of the somewhat more relaxed TV virologist in the spring, quickly found his role: “I don’t think it’s so bad that we have a new disease that will plague us a little longer”, he remarked succinctly and in a good mood.

Since the population is infected faster than vaccinated, another wave in autumn is no longer to be expected. In addition, together with Hüther, he advocated increasingly using digital options for fighting pandemics.

As a viewer, you could meanwhile get the impression that the pandemic was half as bad and anyway only a relevant topic for old people. If it hadn’t been for Cihan Çelik. The 34-year-old senior pulmonologist not only looks after Covid patients in an intensive care unit in Darmstadt, he also ended up there as a patient with a difficult course, after he was probably infected during his working hours.

“I try not to get angry about it”

As one affected in several respects, Çelik always listened to the criticism and the relativization of the other guests with astonishing calmness, in order to then calmly tell his view of things. “Within hours, I only had one lung that I could use to breathe deeply,” he says of his illness. There could also be unconventional processes and meet young people without previous illnesses.

Even with recorded pictures of people celebrating tightly in public, Çelik remained calm: “I try not to get angry about it,” he said. “This is of course disrespectful to the people who get it and those who treat them. Nevertheless, such people will also find the necessary treatment in the hospitals. ”

Çelik considered it imperative to reduce the number of infections with the lockdown. Doctors and nurses also have a private life, and the virus would circulate among them too. Lower numbers overall would therefore also help hospitals and nursing homes avoid further outbreaks.

Trump introduced an emergency regime in Washington before Biden's inauguration