‘Happy birthday for me’: Diego Schwartzman’s celebration after his victory at the Cincinnati Masters 1000 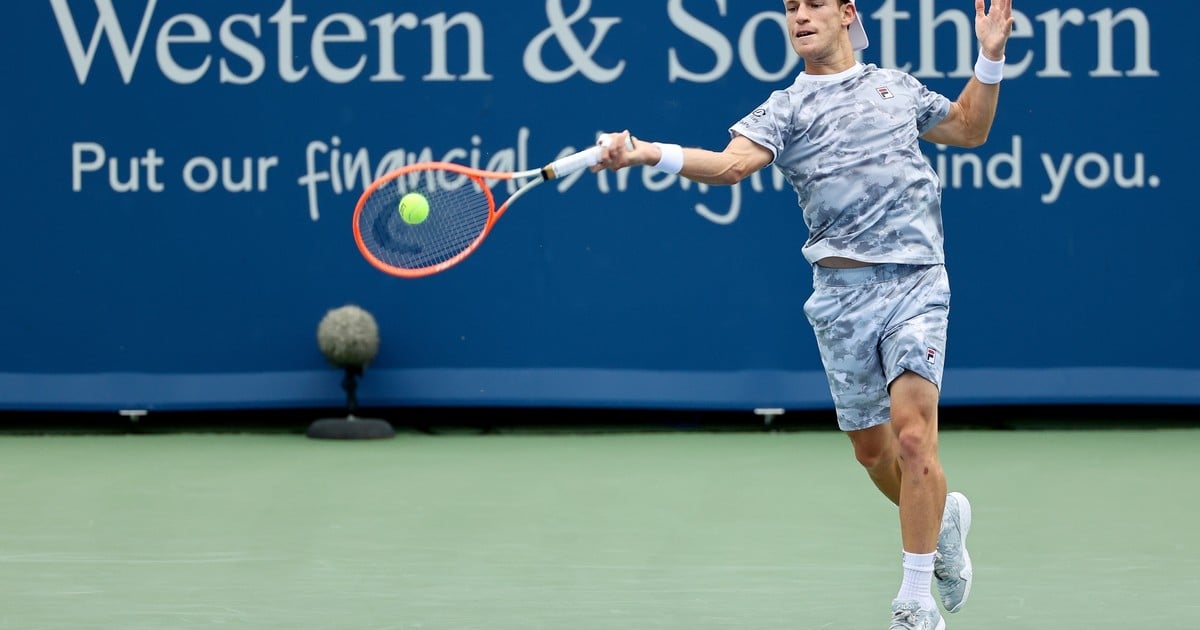 Diego Schwartzman celebrated his 29th birthday by advancing tonight to the second round of the Cincinnati tennis Masters 1000, in the United States, by defeating the British Daniel Evans 6-2, 4-6 and 6-3 in his debut.

The “Peque” Schwartzman, located in the fourteenth place in the ATP world rankings and tenth seeded of the contest, surpassed the British Evans (28) after 2 hours and 11 minutes of play.

The game began to develop several hours later than expected, due to the rains that occurred throughout the day in Cincinnati, which also forced the match to be interrupted after the end of the first set, when the Argentine won 6- 3.

After staying with a fought match, Peque exploded with a scream in the center of the court. In addition to being his birthday, the Argentine had just been eliminated in the knockout stages in Tokyo and needed to start this tournament on the right foot.

After the celebration for the triumph, Peque approached the camera that followed the game to stamp the signature of the winner: “Happy birthday for me”, wrote the tennis player who this Sunday, August 16, turned 29 years old.

In the second instance in Cincinnati, Schwartzman will face the winner of the cross between the American Frances Tiafoe (51) and the Frenchman Ugo Humbert (29), who will play tomorrow.

Previously, the Azulean Federico Delbonis was quickly eliminated from the Cincinnati Tennis Masters 1000, when he fell in the opening round against the Italian youth Jannik Sinner by 6-3 and 7-5.

Delbonis, ranked 48th in the ecumenical tennis ladder, was surprised by the rising Italian Sinner (11), who surpassed him after 1 hour and 38 minutes of confrontation.

Pella, 93 in the ATP ranks, achieved his fourth win of the year 78 days after his previous success, in the initial phase of Roland Garros, against Colombian Daniel Elahi Galán.

Pella’s next opponent in the second round will be Italian Fabio Fognini (36), who today defeated Georgian Nikoloz Basilashvili (40) 7-6 (7-3) and 6-3.

Pella accumulates a partial of 4 wins and 13 losses in 2021, in which he marched from 10 tournaments in the initial phase over the 14 that he has played including this one in Cincinnati, where he participates for the third time.

In the women’s draw of the American tournament, Rosario Nadia Podoroska (38) played against Belgian Elise Mertens (16), in another match that was postponed several hours due to inclement weather.

The Cincinnati Masters 1000, which takes place on a fast surface and distributes a total of $ 5,404,435 in prizesIt will not have the maximum attraction of the circuit: the presence of the “Big Three”, the Serbian Novak Djokovic, the Spanish Rafael Nadal and the Swiss Roger Federe. Nor will the Austrian Dominic Thiem, with a wrist injury.

The top favorite for the title is Russian Daniil Medvedev (2), champion in 2019, who will go directly into the second round and will be measured against the winner of the match played by locals Brandon Nakashima (87) and Mackenzie McDonald (64).

The second seed is the Greek Stefanos Tsitsipas (4) and the third the German Alexander Zverev (5), who reappears on the circuit after winning the gold medal at the recent Tokyo Olympics.