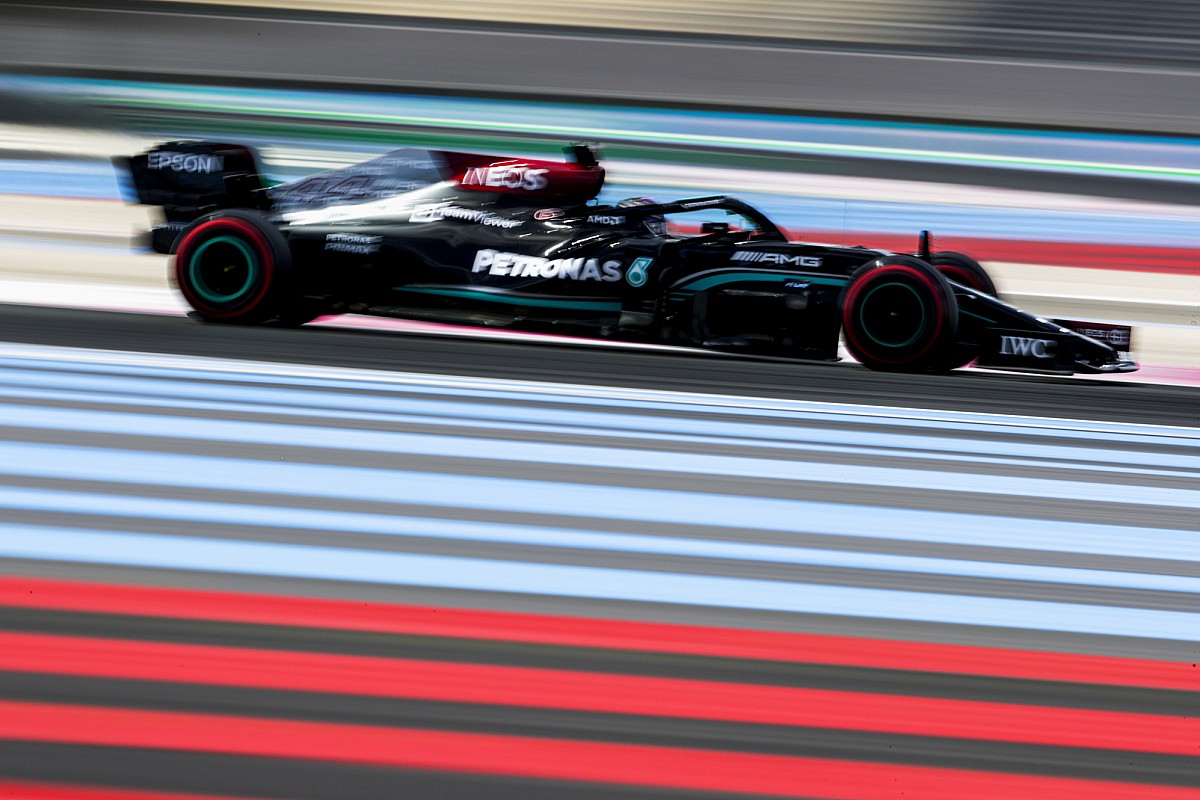 After suffering in free practice in the last Fridays, Lewis Hamilton, Valtteri Bottas and Mercedes have returned to shine on the Paul Ricard track. The Finn, after having closed FP1 with the best time, hit the second performance in the afternoon with a gap of just 8 thousandths from Max Verstappen (obtained unlike the Dutchman with medium tires ed.), While the seven-time champion of the world closed this French Friday with the second fastest time in FP1 and the third in FP3.

Compared to the performances seen in Munich and Baku, today’s result confirmed the predictions that Mercedes would return to rule once the city tracks were abandoned. Hamilton, however, wanted to throw water on the fire by talking about grip problems whose nature is still difficult to understand.

“It wasn’t such a different Friday compared to the last two rounds, only the final position in the timesheet is different. This weekend will be a great challenge for everyone, but I don’t know if the difficulties encountered so far depend on the new asphalt, the track temperature or the tire pressure ”.

“A really high tire pressure has been adopted, perhaps like never before, and everyone has a hard time finding grip”.

At the end of this Friday, the Mercedes and Hamilton engineers will have to face a long briefing to understand how to fix this lack of grip. However, if in addition to lap times we also analyze the race pace, we can see how the W12 seems, together with Red Bull, the most efficient car at Paul Ricard.

“We will evaluate each option. We have made a lot of changes and we will probably carry out a lot of analysis tonight with the hope of finding ourselves in a better situation tomorrow, but we will not know if we have made the right decision before 24 hours ”.

“The times, however, are not that terrible. We are close to the top and we can be fighting ”.

FP2 brought the signature of Max Verstappen. The Dutchman imposed himself at the top of the list of times with a time of 1’32 ” 872, trimming two tenths and a half to Hamilton. Lewis, however, did not seem surprised by this exploit.

Given the rapid deterioration of the Pirelli soft, the question that everyone is asking is whether Mercedes will try the transition to Q3 with medium tires. However, Hamilton has provided another interpretation.

“At the moment with all three compounds I don’t have a lot of confidence, but the hard tire looks the best on this circuit and with these temperatures. I think hard will be the choice everyone will make in the race, but I’m not sure which tire is the fastest ”.

“The soft seems to lose performance already in the middle of the lap, while the medium lasts longer but does not guarantee you a great amount of grip. We’ll see”.

Who seemed decidedly more satisfied at the end of this Friday of free practice is Valtteri Bottas. The Finn finished FP2 behind Verstappen but achieved his best performance with medium tires, paying a gap of only 8 thousandths from the Dutchman.

For the Paul Ricard appointment, the world champion team decided to change the chassis to the Finn and immediately Valtteri seems to have found that confidence in the W12 that seemed lost just two weeks ago.

“It’s hard to say if it depends on the chassis or the track conditions, but I had better sensations than two weeks ago”.

“We started the weekend on the right foot and everything went well. I’ve been pretty fast so far ”.

“The balance is good, the tires work well and I have confidence in the car. This is the biggest difference compared to what we saw in Baku ”.