Hamilton: ‘The news won’t fill the gap from Red Bull’ 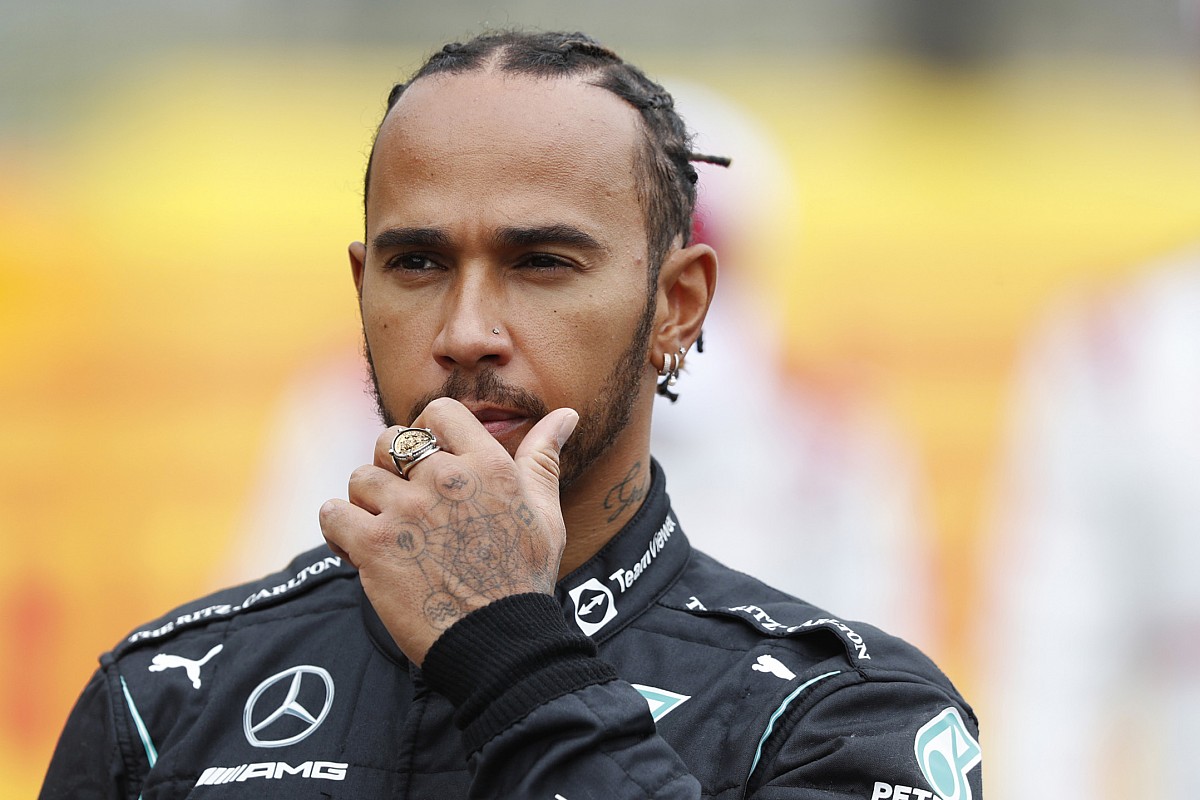 For years, Mercedes has evaluated each new variable as a possible disturbance to the normal routine, a sweet habit that lasted seven years.

The situation is now drastically different, and the novelty of the Sprint Qualifying is seen by the world champion team as an opportunity to try to undermine Red Bull. The team worked overtime, to bring to the track the technical innovations that we will see today on the track but also to better prepare for a weekend that is different from the usual.

After the Austrian Grand Prix, both Hamilton and Bottas were summoned to the Brackley headquarters for simulator sessions that made it possible to evaluate two different setup solutions, an activity that is usually carried out on the track, but which will not be possible to complete. today due to only sixty minutes available in the FP1 session.

The work was thus carried out in the virtual world, resolving a basic set-up that the drivers will only be able to refine in the few laps available.
“We have found a setup that should be good for the conditions we will find on the track – confirmed Bottas – but confirmation will be needed”.

The stakes are high, as Toto Wolff pointed out:
“It will be essential to get a good performance in a very short time, whoever succeeds will carry on the advantage for the whole weekend. We have adapted our approach and our plans to the new needs, and we hope to be well prepared for this new challenge ”.

In the case of Mercedes, the bet is greater than that of Red Bull, which will start from a known base, since it will have to hope for an immediate return of the new updates, lacking the time for comparative tests with the previous configuration.
“We hope that on the fast and smooth layout of Silverstone our car fits better than Spielberg – Wolff reiterated – we are confident in the updates we will bring to the track and we must hope to give Lewis and Valtteri a car to perform at their best”.

Silverstone has everything to be considered the last call for Mercedes and Hamilton in the world championship.

The thirty-two points margin that Max Verstappen boasts today in the championship standings are already enough to define him as ‘on the run’, and another success for the Dutchman would effectively put an end to the world championship ambitions.

Only a Hamilton win could, in part, rekindle a little hope, and Lewis knows this very well.
“I hope and pray that this is the case – he reiterated – even the change of the format of the weekend could offer us an opportunity. Sure, it’s easy for any of us to make mistakes, but it’s a potential chance, and I like the idea. I hope that the track, the technical innovations and also the presence of the public can play in our favor, that the whole can help us bridge the gap seen in the last few races ”.

“Since I raced here for the first time at the wheel of a Formula 1 in 2007 – recalled Lewis – I have felt the presence of an audience unlike any other. After a year of absence I think we will feel a great energy when we pass in front of the stands, but at the same time there is also a bit of nervousness because I would like to give my best to everyone who will spend the weekend here. “

“I hope that the presence of the public can be a good omen, and that the updates on the car work. It is not a package capable of filling the gap we have seen in previous races, but it will undoubtedly be a help”.

Returning to a track on which he has imposed himself seven times, for Hamilton was also a reason for reflections, stimulated by a question about what the current Lewis would say to the young man who for the first time faced, fourteen years ago, his first season in Formula 1.
“Today we live in a period in which people can express themselves more freely – he commented – we see that young people who approach this sport can be themselves, but in my case at the beginning of the Formula 1 journey it was not like that”.

“When I arrived I had to adapt, but going back I would say ‘hey, just be yourself’, but in those days I thought that the risk was too great, that I could compromise the possibility of achieving my dream. Today I like to think that is not what we want, personally I believe that people should and can be themselves, dress the way they want, wear all the earrings they want, be it tattoos or whatever. We have to push so that everyone can feel relaxed and welcome to as they are “.