Hamilton: ‘Mercedes has grown, Red Bull has a margin’ 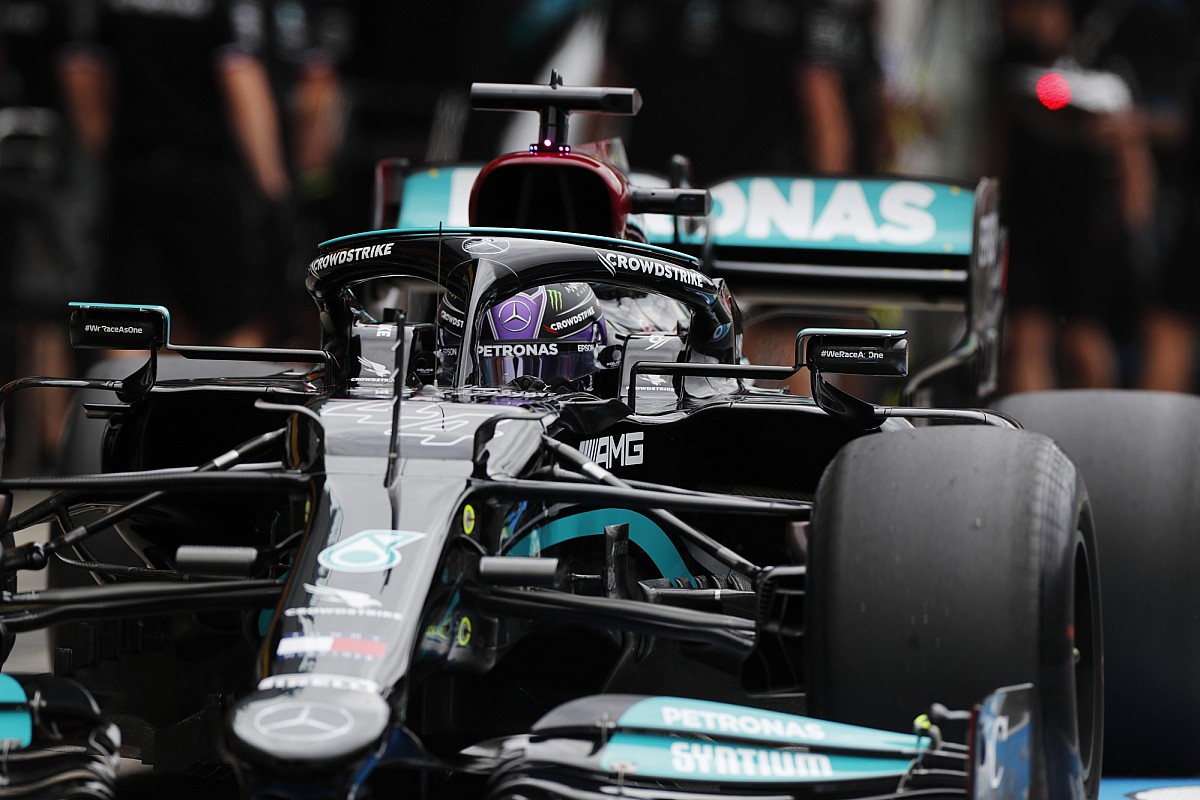 Is the Mercedes back? This is the question that circulates in the Spielberg paddock at the end of the second free practice session which saw the W12s entrusted to Lewis Hamilton and Valtteri Bottas conquer the first and second place in the time standings.

A double that hadn’t been seen for some time and certainly unexpected on a track that last week was the hunting ground for Red Bull and Max Verstappen.

Mercedes seemed to have found an ideal set-up and, also thanks to the much lower asphalt temperatures than 7 days ago, Lewis Hamilton put his autograph at the top of the time list with a time of 1’04”523.

The advantage with which the Englishman closed the round over Max Verstappen was important, 217 thousandths. A margin that according to the seven-time world champion, however, does not reflect the real values ​​on the pitch.

“They certainly have something they will come up with, but we have shown some progress. Red Bull still has two tenths of an advantage, while we have made some progress even if it is still not enough ”.

In the qualifying simulations the Mercedes W12 impressed positively, unlike last week, and also in the race simulation the Freccia Nera showed a kindness with the Pirellis that bodes well for Sunday. Weather permitting.

However, Hamilton wanted to throw water on the fire. Lewis has in fact underlined how Red Bull ran with an engine not at the top of the cavalry.

“I felt pretty good on the flying lap, but I expect Red Bull to gain power using the qualifying mapping. It’s similar to what we once had and it’s impressive to see how much they improve. We will have to work hard to be up to them ”.

At the end of the first free practice session at Mercedes, some headaches arose as a result of the lighter aerodynamic configuration which had not provided the expected results. The Stella’s technicians decided not to persevere and refine the set-up adopted for the Styrian GP, ​​immediately obtaining immediate feedback.

“In FP1 we struggled a bit because I tried different set-ups for the car, but I wasn’t happy and we went back to a more similar set-up to the one we used last week with some small adjustments. So I felt more comfortable with the car ”.

“I’m quite happy with the set-up. We have to adapt something but we don’t have to upset the set-up ”.

Valtteri Bottas is also very satisfied, today author of the second time trial at the end of FP2 in 1’04 ” 712. The Finn underlined how the feeling with the W12 was immediate unlike last week.

“I enjoyed it today. Obviously, having already raced here last week there is no need to discover the track but all the work is dedicated to refine the set-up I think we started the weekend on the right foot, at least as regards the feeling with the car”.

“The sensations we got today are much better than last week and I hope this can be a great starting point.”

Bottas then wanted to underline how Red Bull can still enjoy a power advantage that places the car of the Milton Keynes team as the reference car.

“As I said, the feeling with the car has improved but there is no doubt that they are still very strong. They have an advantage on the straight, and this is our weak point, but we will have a clear picture in qualifying when we all use the same mappings ”.