Hamilton: ‘I was in the simulator again this morning’ 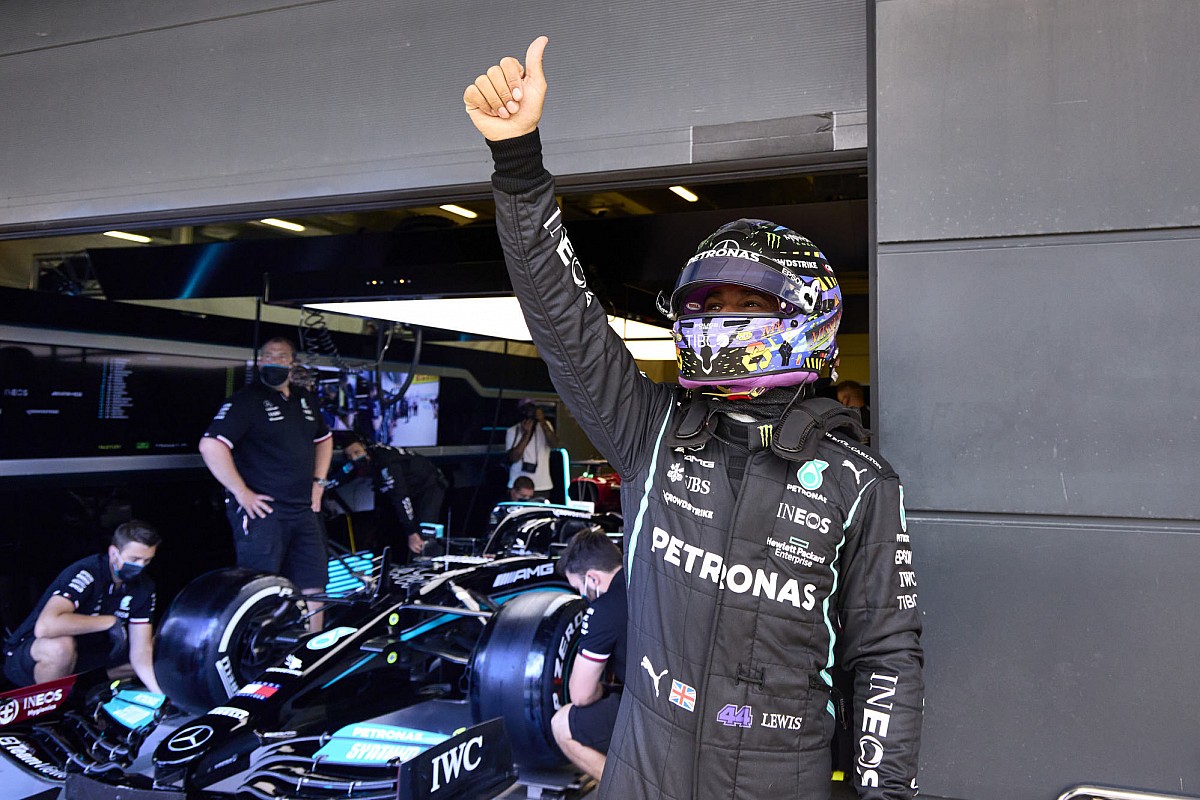 It is really a shame that the pole position won today by Lewis Hamilton at Silverstone will not remain in the Formula 1 record books. Red Bull seemed to have a great advantage in today’s only free practice session, but the Mercedes driver did really the difference in qualifying, beating the Red Bull rival despite a mistake in the last sector.

The time trial of the first attempt, however, was enough for him to keep the Dutchman behind him and earn the opportunity to shoot at the pole in the first Sprint Qualifying in history, which tomorrow will assign the real pole of the British Grand Prix at a distance of 17. turns.

The first thought of the 7-time world champion, however, was for the 90 thousand people who crowded the stands of the British track today.

“We have been missing all of this for a year and more. I am really grateful to have arrived at the Silverstone Grand Prix and to have an audience like this. It is a completely different energy. I hoped that this energy and the work of the team would bring us in first position and I owe this result to them too, “said Hamilton.

After free practice, perhaps he too expected a more competitive Red Bull, but he also spoke of a gradual growth of his W12, favored by a simulator session made this morning, taking advantage of the fact that FP1 was only in the afternoon.

“I don’t know what kind of work they are doing at Red Bull, because they seemed very fast in free practice. We tried to improve gradually and today I also used the morning off to go to work on the simulator, so we left no stone unturned.”

“The first attempt was great, in the second I was doing even better, but then I lost the rear at the last corner, so my heart was in my mouth when I crossed the line. But seeing all this crowd reminded me of my first pole. here, in 2007, so I couldn’t have done it without them. “

When he was then asked to deepen the simulator’s speech, he added: “I had already been to the simulator on Tuesday, but having this day off I preferred not to waste time and I went to do this session to try to give as much information as possible to the team. to develop the car in the best possible way. We are squeezing every little thing it can give us in terms of performance and today I managed to put it all together, so I’m in seventh heaven. “

This weekend, however, is very intense and tomorrow the first Sprint Qualifying awaits him, so his gaze is already turned to the next two days, which will then be the ones who will go on to assign the points.

“It seems like an eternity since we last took pole, so it’s really special, also because we’re at home. But it’s just a small step forward, because tomorrow’s Sprint Qualifying is going to be tough, but I think to have brought the car in a good position. The work must now be completed in the next two days “, he concluded.