Hamilton: ‘I knew Max was going to be tough, but I left room’ 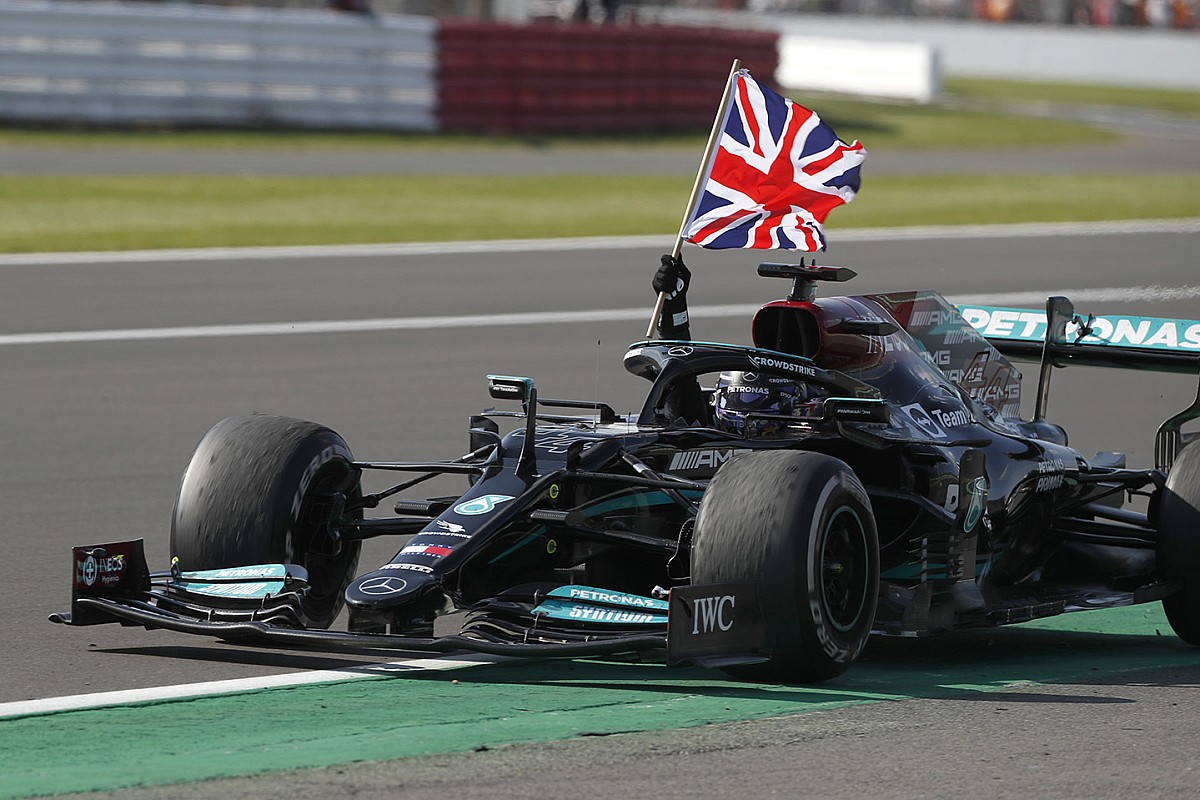 An afternoon full of emotions in Silverstone. To lay down the law is Lewis Hamilton, protagonist of the Formula 1 British GP on Sunday. The English, local idol, wins his ninety-ninth career victory, the eighth obtained at the old RAF airport.

Starting second after the result of the sprint qualifyng on Saturday, Hamilton fought from the first meters to the poleman, Max Verstappen. A duel of yesteryear was immediately unleashed between the two, which saw them travel paired more than a stretch of the track until the contact at the entrance of the Copse, where the Dutch Red Bull had the worst ending heavily against the barriers , impacting at over 50G of force.

After the necessary red flag to better fix the escape route and clean up the track, at the restart Hamilton was the victim of a 10-second penalty imposed on him by the judging panel. Once granted, Lewis set out on the hunt for Leclerc’s Ferrari, bending the Monegasque’s resistance with two laps to go and relaunching himself in the world rankings.

“I knew that I would have to deal with a tough and tenacious opponent like Max, today I joined him and I think I gave him space. I took the penalty they gave me, it doesn’t matter if he agrees or not, and I I continued to work while lapping at my best and enjoying the audience “Hamilton declared to the microphone of former teammate Jenson Button once he arrived at the parc fermé after a long walk under the stands armed with Union Jack.

Hamilton is aware that at the moment he does not have the best performing car on the grid and not even he makes a secret of it, admitting that he has worked hard in preparation for the Silverstone race. “I could not have achieved this result without the teamwork, both from Valtteri and from the whole team. I gave everything this weekend, all week I went to Brackley trying to extract those extra tenths of performance. I’m proud of all the guys: we’re behind but we know we have to catch up. “

Hamilton, rightly, does not shy away from a virtual embrace of his audience, who have come to fill the Silverstone stands with over 350,000 tickets sold in the three days of F1. “We really have the audience in the world, I’m grateful to the fans. They pushed me the whole time.”

The words of the Englishman pronounced on Saturday evening, at the end of the sprint qualifyng, where he had to surrender to the supremacy of Verstappen’s RB16B were prophetic. “Tomorrow we will be ready to fight, but I have to say that they are really strong. Max managed to break away in the race and I couldn’t do anything to keep his pace. He made a really great start. We also lost something in terms of engine this year, so we will have to work hard to try to recover this position, even if it will not be easy at all. “

Now there are only eight points that separate Max Verstappen – who remains world leader – from Lewis Hamilton.

Women’s Department of Al Muraqqabat Police Station for one day