Hamdan bin Zayed: An appreciation for the pioneering role of an exceptional leader 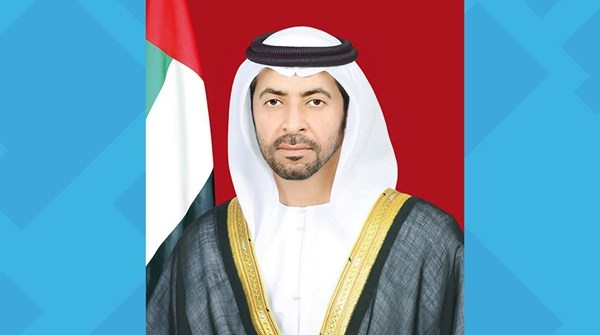 His Highness Sheikh Hamdan bin Zayed Al Nahyan, representative of the ruler in the Al Dhafra region, confirmed that the granting of the Pontifical Educational Foundation of the Vatican to His Highness Sheikh Mohamed bin Zayed Al Nahyan, Crown Prince of Abu Dhabi and Deputy Supreme Commander of the Armed Forces, the “Man of Humanity” medal is an appreciation and honor for his humanitarian role. Pioneering at all levels, regionally and internationally, especially the qualitative humanitarian initiatives of His Highness and his charitable efforts during the “Covid-19” pandemic, which came within the framework of His Highness’s keenness to enhance the values ​​of cooperation and solidarity between societies and countries.
His Highness said, “His Highness has made important efforts in promoting international humanitarian and relief work, in addition to His Highness’ contributions to consolidating the values ​​of peace and coexistence and emphasizing the importance of dialogue as a means to avoid conflicts and uphold humanitarian principles.”
He pointed out that the Vatican’s awarding of the medal to His Highness is an appreciation and gratitude for the pioneering role played by the UAE in all areas that serve humanity and enhance its values, especially in light of the repercussions of the “Covid-19” pandemic the world is witnessing.
His Highness Sheikh Hamdan bin Zayed Al Nahyan pointed out that His Highness Sheikh Mohamed bin Zayed Al Nahyan is following the authentic and consistent approach established by the late Sheikh Zayed bin Sultan Al Nahyan, may God rest his soul, who dedicated himself to humanitarian work, support for humanitarian causes and the consolidation of the values ​​of goodness and giving. and compassion among humans.
His Highness expressed his pride in an exceptional leader who contributed through his venerable work and his noble role in supporting all humanity. There are immortal stations for His Highness in the fields of humanitarian work that were accomplished thanks to his efforts and continuous follow-up and contributed to planting hope and making a positive change in the lives of the targets, so he was a role model for those who work for the good of man and humanity.
His Highness stressed that the UAE and its wise leadership are continuing to achieve their mission in recognition of the humanitarian responsibility of the state towards humanity and within the framework of its original approach on which it was based in building bridges of cooperation, solidarity and solidarity and consolidating the values ​​of goodness, giving and humanity among the peoples of the world.