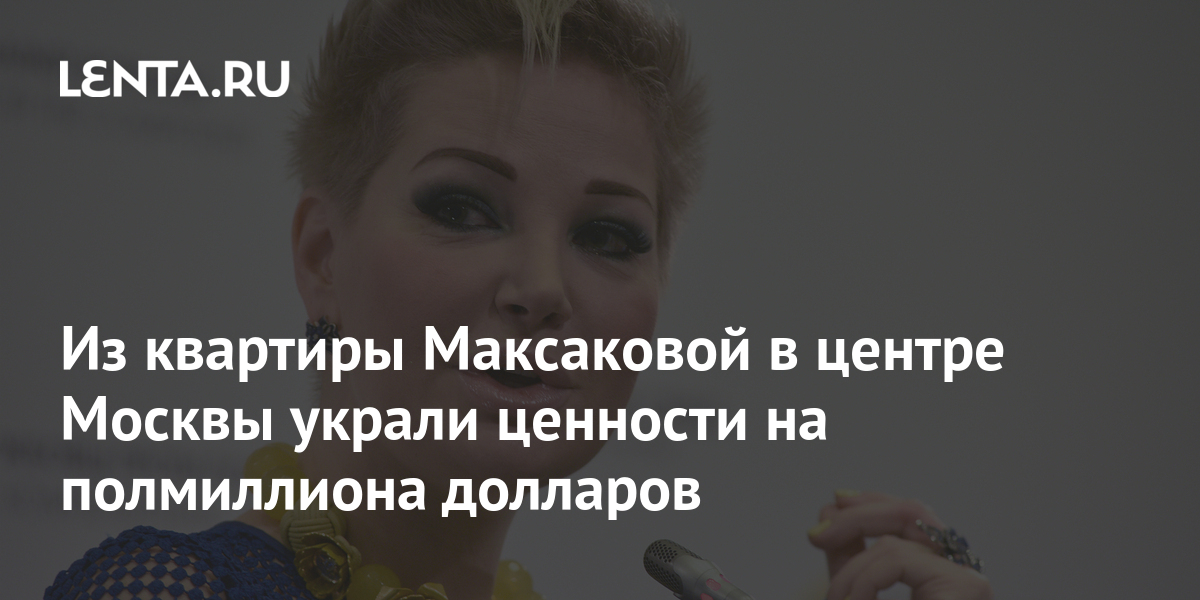 In the center of Moscow, valuables worth half a million dollars were stolen from the apartment of the singer and the widow of the former State Duma deputy Maria Maksakova. This is reported by REN TV.

The total damage was estimated at half a million dollars.

Earlier it was reported that unknown persons robbed the People’s Artist of Russia Sergei Stepanchenko. The man parked a Toyota car in the parking lot and left on business. After about a couple of hours, Stepanchenko’s son approached the car and saw that the rear windows were broken. It turned out that bags with things were stolen from the car. The damage amounted to about 80 thousand rubles.