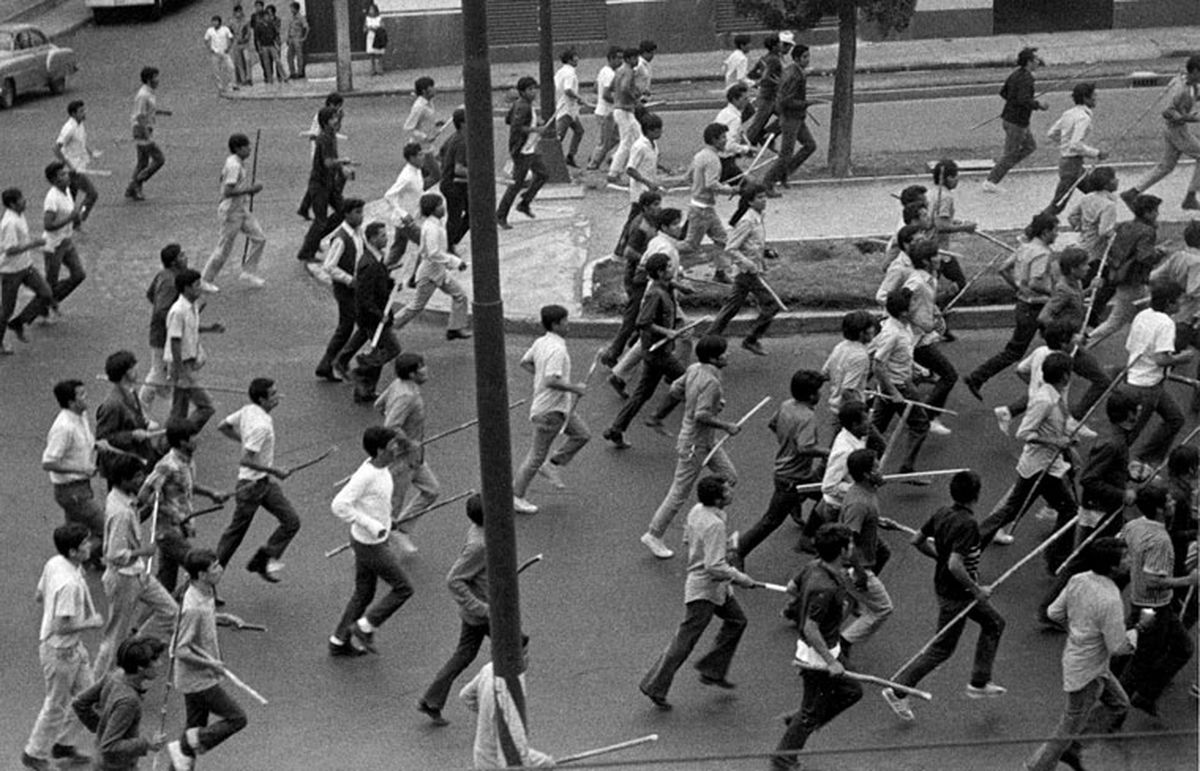 “This is an anniversary that we would not like to have to remember, but that we have an obligation to remember.” President Cristina Fernández, on the 37th anniversary of the 1976 coup in Argentina.

Mexico has several anniversaries in 2021. The federal government has promoted different commemorations to accompany the two centuries since the declaration of independence and the five since the fall of Tenochtitlan. It included ceremonies of reparation to the Mayans, on the 120th anniversary of the end of the caste war, and to the Chinese community, for the Torreón massacre 110 years ago. The president will also go to Sonora to offer his apologies to the Yoeme and all indigenous peoples for the outrages they suffered in the past.

For many people, these expressions are insufficient, as exploitation and repression continue. However, in the official rhetoric these ceremonies occupy a prominent place in the “15 emblematic commemorations” released by the federal government in February 2021: if the grievances were committed by the Mexican state – previously ruled by “conservatives” and “porfiristas” – its responsibility must be recognized now that it is in the hands of “progressives”.

It is strange that the 50th anniversary of the massacre of students perpetrated by a paramilitary group organized by the State, on June 10, 1971, known in Mexico as the Halconazo, was not included in the program of the “15 emblematic commemorations”. This forgetfulness is significant, especially if we consider the “duty of memory” assumed by leftist governments in Latin America, analyzed by Camila Perochena.

The long history of the repression of student groups in Mexico has been studied by Jaime Pensado. Since the 1950s, the police, the grenadiers and the Army repressed students from various cities in the country. The authorities also turned to young civilians, whom they financed their activities and protected, in exchange for information and violence against the student community.

Since the first half of the 20th century, governments used gun fighting as an alternative to institutional violence. After the criminal involvement of the Army in the murder of hundreds of students in 1968, the authorities turned to paramilitary groups, such as those that killed dozens of protesters in June 1971.

In a report published in 2006, attributed to the Office of the Special Prosecutor for Social and Political Movements of the Past (FEMOSPP), a section was dedicated to the organization of that paramilitary group, “the hawks”, based on testimonies and archives of the Federal Security Directorate. The responsibility of the State was demonstrated, although the Office of the Attorney General of the Republic stopped the investigations and the conclusions and recommendations were eliminated.

No reparation ceremony for the June 1971 massacre was included in this year’s program of iconic commemorations. The reason seems simple: it is an event very close in time. It is not the same to point to the 19th century military for having massacred indigenous communities than to accuse living or recently deceased persons of murder and repression.

From among those young people a PRI federal deputy would come out; one who, after committing several crimes, became a karate instructor in a public sports center in the capital; another would be a candidate for delegation chief for an opposition party, and someone else had a long career in the capital’s police force.

Some of them remained on the Mexico City payroll even in the 21st century, under leftist governments. Perhaps that is why it is not easy for the State to remember the Halconazo; not to mention that the Secretary General of the Government of the Ministry of the Interior in 1971 – an institution that FEMOSPP also blamed for the massacre – continues to hold a federal post.

The recent past often causes such problems, but the closeness in time also calls into question simplistic versions of the past.

The aforementioned FEMOSPP report insists that the authorities of the late 1960s had a special interest in looking for young people “without ethical principles”, with “malleable minds” who were indoctrinated to see violence as commonplace. The truth is that it was not necessary to lecture for the recruits to consider violent events as normal.

Violence was common in urban neighborhoods (as Oscar Lewis described) and rural communities (such as those studied by Paul Friedrich in Michoacán and Francisco Ávila Coronel in Guerrero). José Morales Calderón, from the Universidad Autónoma Metropolitana, has shown that Nezahualcóyotl (where many “hawks” were recruited) was and still is a place where domestic and gender-based violence are just the beginning of what is experienced in the streets , between leaders and their subordinates, between authorities and settlers.

The testimonies indicate that those recruits between the ages of 17 and 24 were ordinary boys from the capital’s marginal neighborhoods: they were the result of migration, the poverty of the countryside and the misery of the city. They were the forgotten of the “Mexican miracle”, those that were masterfully portrayed by Luis Buñuel in 1950. For them, it was attractive to be part of a group in which they practiced martial arts and received a salary. There they found a space in which they reproduced the gender roles they learned in their childhood and formed bonds of camaraderie that lasted. For years, the relationships they established with officials in the capital allowed them to commit crimes with impunity and, in the long run, to also join the capital’s government institutions.

Violence was already part of the life experience of these “hawks”, which does not justify them, but at least explains their actions. Colonel Manuel Díaz Escobar convinced them to channel her against the students, whom he saw as enemies of the country: if those students with foreign ideas died, they would have deserved it. It is the same logic that Daniela Rea and Pablo Ferri found five years ago in the youth of The troop, to justify the human rights violations in the military deployment that Mexico has experienced in this century.

The past does not die and has not even passed, claimed William Faulkner. The more recent past reminds us of it more starkly, with all its political and ethical implications. Hence, they do not like to commemorate it, although there is a duty to do so.

Alfredo Avila he is a historian.