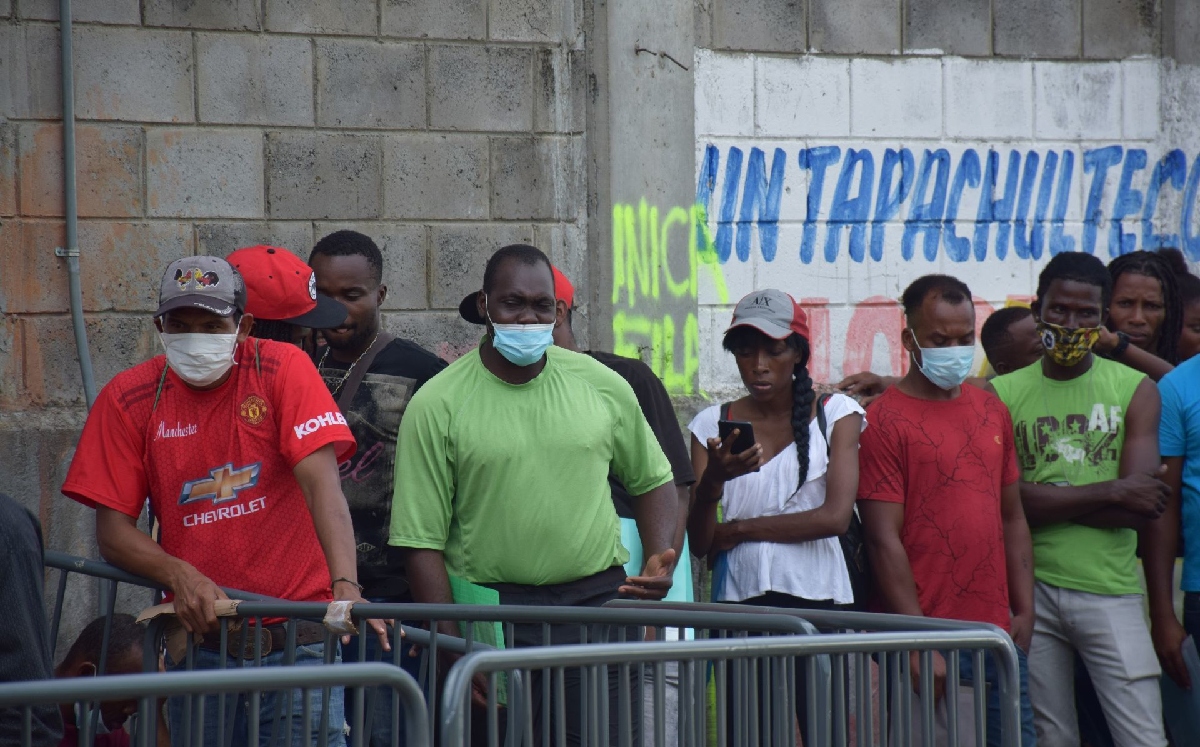 Almost a month and a half after the alleged disappearance of 18 Haitian migrants in Tampico, the Citizen Committee in Defense of the Naturalized and Afro-Mexicans he fears they have fallen into the hands of crime in Tamaulipas.

Wilner Metelus, president of the organization, reported that these people are still missing that the past June 17 arrived at the port to receive medical attention in the Carlos Canseco General Hospital, after having suffered an accident on board a bus.

This mishap happened on the Tampico-Mante highway and to date their whereabouts are unknown, said the activist, who expressed his fear that they are being held by a criminal organization.

“There were 51 Haitians on the bus and 18 of them were taken to the general hospital in Tampico, where they informed me that 15 had already been discharged the same day and that there were immigration agents behind them, but that they had no more information ”.

Metelus he then communicates with the director of the Migration’s national institute and learns of the arrest of 24 Haitians who had also been on the accident bus.

“They are in the XXI Century Migration Station according to the director, but all the Haitians who were in the accident have a humanitarian visa, they are not undocumented ”.

Your concern is that The director of the INM told him that there were no agents of his at the hospital when the migrants arrived. Later he also lost track of the other three who had been hospitalized, some under 3, 2 and 1 year old, who were taken to a private hospital with expenses covered by the insurance of the motor transport company.

“We are very suspicious that they were taken to that expensive hospital. We went to the Commission for the Search of Missing Persons to deliver information about what happened in Tampico. A month after the accident, the director did not know anything about it and promised to contact the authorities”, He stated.

He reproaches that at this point a statement has not been issued by any level of government, when it comes to human beings. He refers that the whereabouts of the bus driver, of Mexican origin, is also unknown.

“We demand immediate responses, we want to know where they are, we have notified the Undersecretary of the Interior, Alejandro Encinas; neither the president nor the governor have spoken, I have a lot of concern, we are talking about Tamaulipas, a state where there are daily kidnappings and Haitians are very vulnerable, so we demand an explanation. “

He condemns the transfer of the 24 Haitians to the XXI Century Migration Station located in Tapachula Chiapas, where he assures they are in inhumane conditions.

Wilner Metelus mention that there is 17 thousand Haitian migrants stranded on the southern border, for which it also asks for humanitarian and supportive treatment