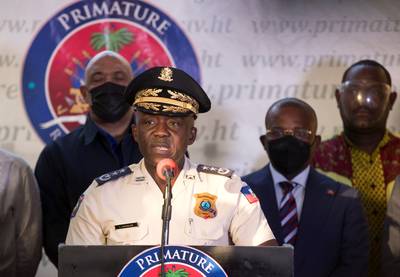 Haiti police have arrested a Haitian who is believed to be the mastermind behind the assassination of President Jovenel Moïse last week. Christian Emmanuel Sanon, who is said to work as a doctor in the US state of Florida and who has Haitian nationality, is said to have been involved in recruiting the suspects in the murder, among other things.