Haiti: thousands of people protested against insecurity and kidnappings 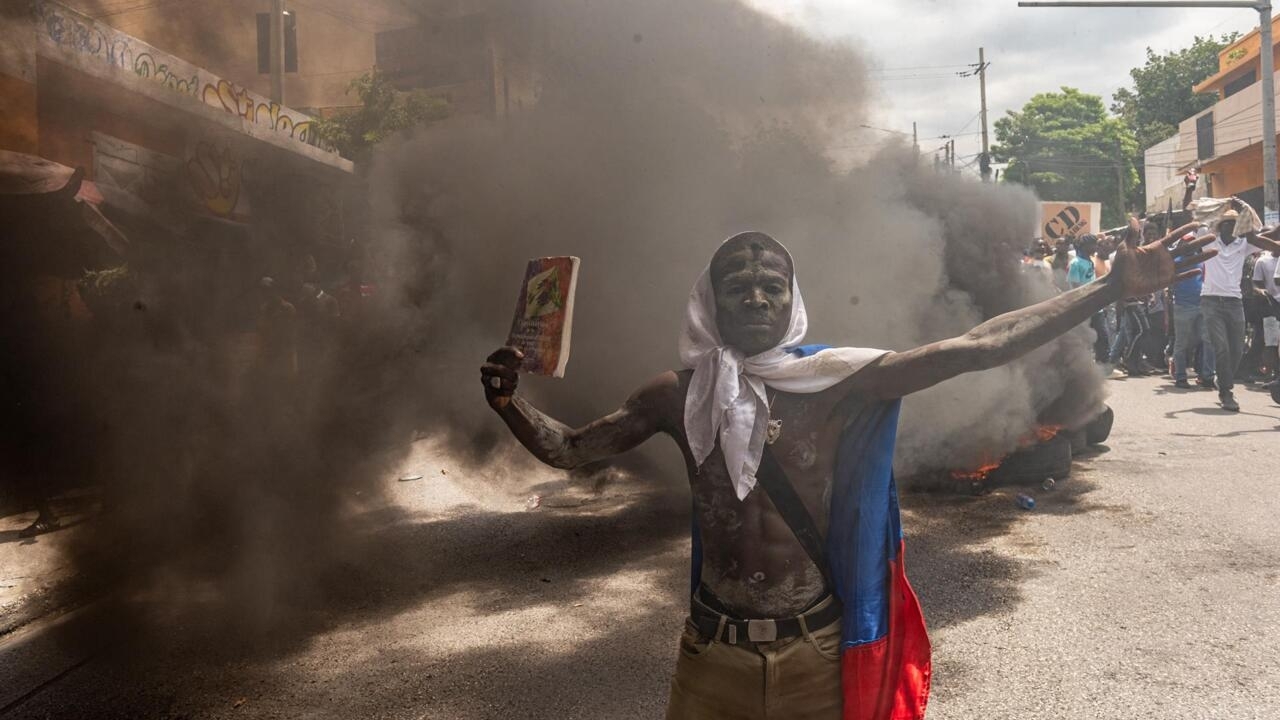 Haiti was again this March 29 scene of discontent. In the largest protests recorded since the assassination of President Jovenel Moïse last July 2021, thousands of Haitians came out to complain about the lack of security that haunts the country and the continued rise in kidnappings. In the city of Les Cayes, to the southwest, there were strong incidents that ended with the burning of an American missionary plane.

Since the mobilizations after the assassination of President Jovenel Moïse in the early hours of July 7, 2021, Haiti has not experienced a day of protests as massive as the one recorded on Tuesday, March 29.

The marches were called by associations and political and civil organizations as a rejection of the lack of action by the government and the security forces in the persecution of the criminality of the armed gangs, who have frightened the local population and who in recent months have They have taken control of strategic neighborhoods of the capital, Port-au-Prince.

Another axis of the protests was the unstoppable rise in kidnappings, which have been on the rise since the beginning of 2021. However, in the second half of the year, after the assassination of Moïse, it is when the kidnapping curve increased dramatically. more pronounced.

According to the BBC, Rival illegal groups are reportedly fighting to gain control of the country and have been using kidnapping as a method of financing.

At the end of last year, the Center for Analysis and Research on Human Rights (CARDH) produced a report from which it emerged that the Caribbean country was the territory with the most kidnappings per capita in the world.

In 2021, 949 kidnappings were reported compared to 796 perpetrated the previous year, and in the beginning of 2022 the trend is far from improving.

During the day of mobilizations this Tuesday, the thousands of people who gathered in the main cities of the country demanded the resignation of Prime Minister Ariel Henry for his negligence in adopting far-reaching measures to stop the spiral of violence that he is suffering. the poorest country on the continent. The prime minister fulfilled last Sunday, March 22, eight months in office and has not yet reached consensus to designate the members of the competent body for the electoral call, which is initially scheduled to take place this year.

See also  What led to the Malvinas war in Argentina and the United Kingdom?

The march that brought together the most people took place in Port-au-Prince, which took place practically peacefully except for some outrage and isolated incidents. There the demonstrators denounced the “interference” of the international community, criticizing the United Nations and the Core Group, the group that brings together the ambassadors of the United States, Spain, the European Union, Canada and Brazil and the representatives in the country of the UN and OAS.

However, in the city of Les Cayes, in the southwest of the island, there were strong disturbances between protesters and security forces, who attacked protesters with tear gas at the gates of the local airport to prevent an invasion of the airport institution. .

A group of people managed to enter the runway and, according to a video recorded by a local online portal, the aircraft was seen being dragged along the runway.

Later, the plane, belonging to Agape Flights, an American missionary group, was seen on a street near the airport, where it was set on fire.

Prime Minister Ariel Henry via Twitter condemned the incident as “subversive” and called for an investigation against the perpetrators.

“I strongly condemn the violence of the protesters that resulted in the burning of a plane at Les Cayes airport,” he wrote.

The lack of security, kidnappings and the sociopolitical and economic crisis that Haiti is going through were the main causes of the massive exodus of refugees in recent months.

Among them is also the earthquake that the island suffered on August 14, 2021, a tremor of 7.2 degrees on the Richter scale that left more than 2,200 dead, 12,700 injured and numerous material damages.

Although it is difficult for the International Organization for Migration (IOM) to estimate how many people have left the country in recent months, given the lack of future prospects and the increase in street violence, it is estimated that thousands of Haitians have left the island towards bound for the United States and other destinations in Latin America, of which more than 25,000 were deported between early 2021 and February 2022.

With information from Reuters, EFE and local media

“Moon Knight”: the comics you can read before watching the Disney Plus series

Fire in two warehouses of paints and building materials in Dubai