Haiti: one of the alleged masterminds of the murder of Moïse arrested 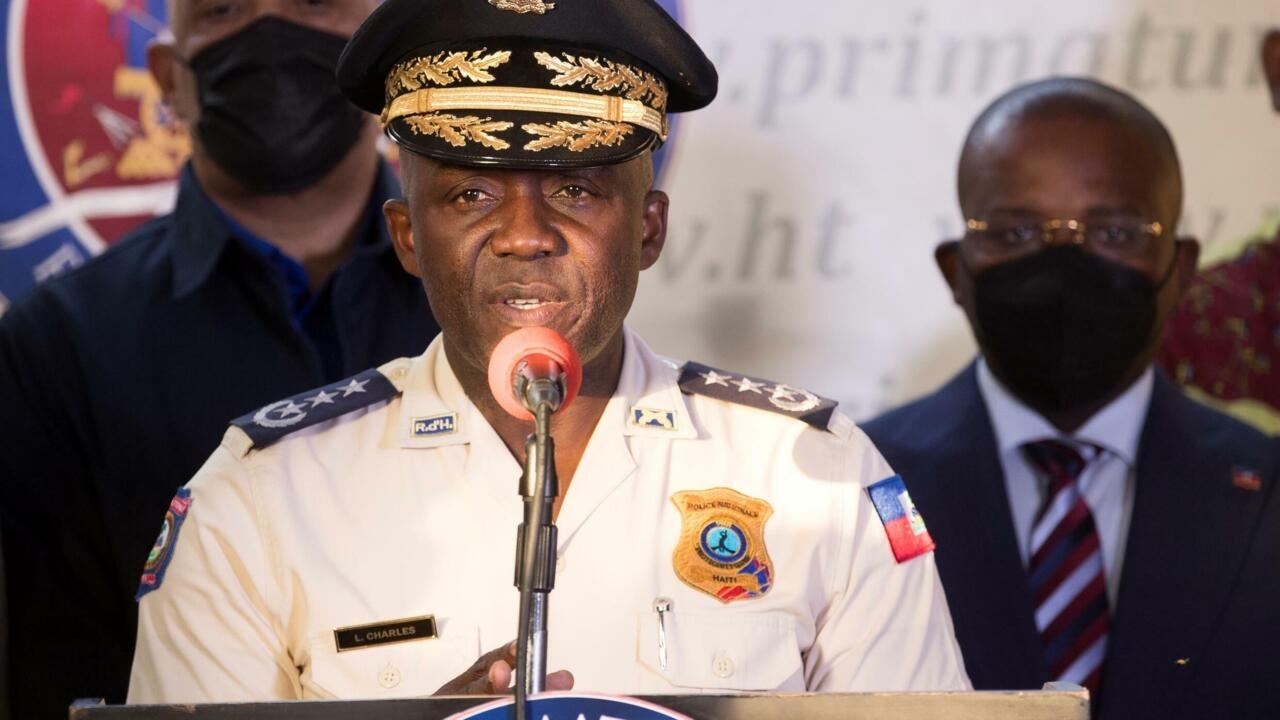 The Haitian authorities identified one of the alleged masterminds of the assassination of President Jovenel Moïse. The suspect is Christian Emmanuel Sanon, a Haitian doctor based in Florida, United States, who would have been the first person contacted by the members of the command that murdered the president in his home.

Haiti is one step closer to learning the truth about the assassination of President Jovenel Moïse. This Sunday, July 12, the authorities of the country announced the arrest of one of the masterminds of the crime: Christian Emmanuel Sanon, a 63-year-old doctor with habitual residence in Florida for more than two decades.

“When the advance of the bandits was blocked, the first person they called was Emmanuel Sanon,” said the director general of the Haitian National Police, Léon Charles, in a statement to the press, in which he considered that the reason of crime is “political.”

The police chief noted that Sanon was plotting to become Haiti’s new president, accusing current politicians of “corruption” repeatedly. The assassins would have protected him as the supposed president of the nation.

The telephone contact of members of the command is the main evidence of their involvement in the murder, according to the authorities, but not the only one. During the search of his house, the Police found a DEA (Drug Control Administration) cap, a box of cartridges, 20 boxes of bullets, 24 unused shooting targets, four license plates of cars from the Dominican Republic, two cars and correspondence with unidentified people.

According to official sources, the degree of involvement of those responsible for the security of the assassinated president is being investigated. At least two of the members of the security team will be called to testify.

The execution of the assassination would have begun in June, the month in which Sanon arrived in Haiti on a private plane for political purposes. But it was during that trip that he contacted a private security company, CTU, of Venezuelan origin but based in the United States, to hire the hit men.

A company that the president of Venezuela, Nicolás Maduro, publicly said belongs to Antonio Intriago, Venezuelan linked to the opposition and, specifically, with figures such as Juan Guaidó and Lepoldo López.

Sanon flew to Haiti accompanied by at least six of the hit men who later committed the crime and who, in the first place, had a different mission: to take care of the doctor’s safety. Something that later became a whole conspiracy plot against President Moïse, which would be joined by 22 more people.

In total, 26 Colombians, most of them ex-military, are suspected of the assassination of the president and 18 of them have been arrested, along with three Americans of Haitian origin. At least five of the suspects remain at large and three have been killed.

Due to the high participation of Colombians in the plot, Charles pointed out that he was collaborating with senior officials in that country to clarify the information, such as when they left Colombia and who paid for their tickets.

Now, together with the seven members of the FBI sent by the United States, the Haitian police are trying to clarify who financed the operation.

For their part, the two arrested Haitian Americans claimed during interrogation that they did not witness the assassination of the president and that they only served as translators. In addition, they assured that the objective of the operation was not to kill the president, but to kidnap him to force a political transition.

The reluctance of the United States to send troops to Haiti

Sanon’s arrest comes at a time of political instability and a sense of power vacuum in Haiti. More and more politicians do not recognize the current interim president, Claude Joseph, as such. Many rely on the fact that he was about to be removed from office when the murder took place and was to be replaced by Ariel Henry.

But, despite strong pressure from the opposition, Joseph remains in command of the country with the help of the Police and the Army. But this situation of political crisis has made the interim leader ask for the help and intervention of US military troops in the country, something that experts point out as unlikely.

According to the newspaper ‘The New York Times’, senior US military officials are reluctant to intervene in Haiti after its recent departure from Afghanistan, as it would undermine the military de-escalation strategy of the Joe Biden Administration.

However, the Pentagon’s chief spokesman, John Kirby, told Fox News on Sunday that the Pentagon is analyzing the request of the Haitian interim government and that no decision has yet been made.

For now, they have already dispatched FBI and Department of Homeland Security agents to help with the murder investigation and to clarify the events that led to the assassination.

“I think that is where our energies are best applied at this time, in helping them investigate this incident and find out who is at fault, who is responsible and what is the best way to hold them accountable in the future,” Kirby said during his intervention on television.

Claude Joseph also asked NATO for help. The United Nations has intermitted in Haiti on and off since 1990, but the last UN peacekeepers left the country in 2017.

With the feeling of insecurity that the assassination of the president has generated among Haitians, there are many religious leaders who asked the population to control their anxiety while the Police clarify the facts. Weak social stability hangs by a thread in the poorest country in America.

“We still believe that there is a great possibility of chaos,” Haiti’s Elections Minister Mathias Pierre told the AP news agency.

From what is known of the main suspect as the mastermind of the murder, Sanon filed for bankruptcy in 2013 and has long demonstrated his political aspirations. In 2011 – when Moïse had not yet made his appearance in the world of politics – Sanon published a video in which he denounced Haitian politicians as “corrupt” and assured that they did not care about their citizens.

In the video, broadcast on YouTube and titled “Leadership for Haiti”, the doctor is running as a candidate for the Presidency and assures that Haiti has uranium, oil and other resources that have been appropriated by government officials.

“Nine million people cannot be in poverty when we have so many resources in the country. It is impossible. (…) The world has to stop doing what it is doing now. We cannot take it anymore. We need new leadership that change the way of life, “says the suspect for the murder in the video.

Along with him, the authorities are also investigating two alleged masterminds of the murder with whom he was in contact.