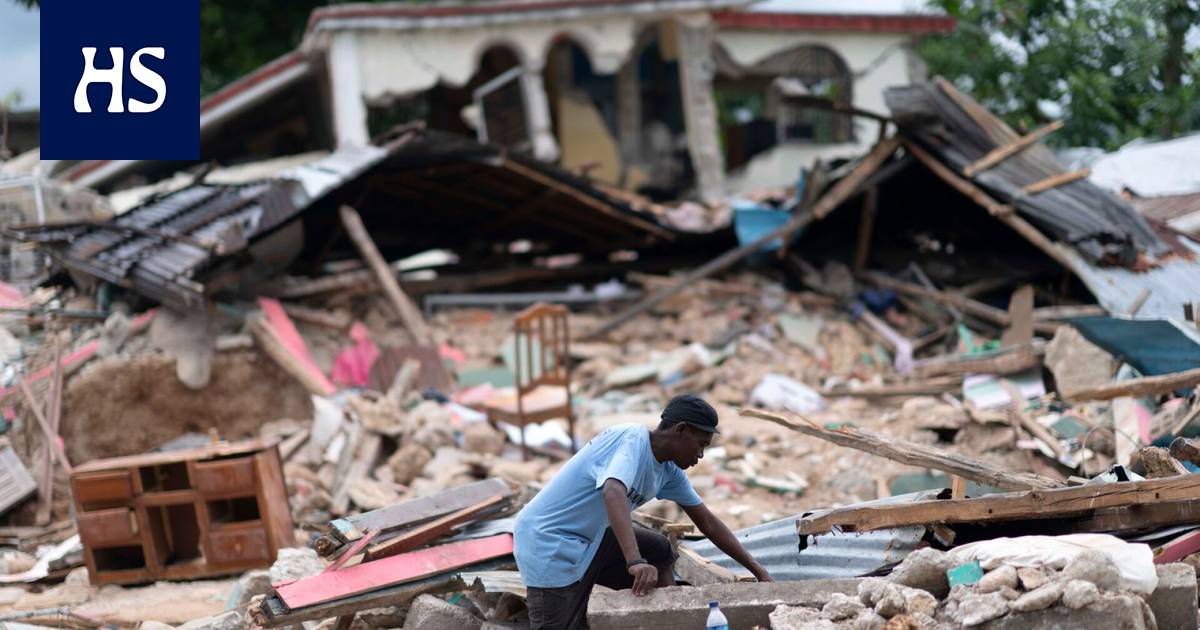 Rescue operations in the quake area are badly underway. It is feared that aid will become even more difficult with the storm.

In the Caribbean The earthquake in Haiti has left tens of thousands homeless.

The magnitude 7.2 earthquake on Saturday destroyed more than 37,000 homes in Haiti. The center of the quake was located about 160 kilometers from the country’s capital, Port-au-Prince.

According to the Haitian authorities, the number of deaths has risen to more than 1,400 and the number of injured has exceeded 6,900.

Earlier in the week, rescuers have been trying to find survivors in the ruins of collapsed buildings. In addition to homes, the quake destroyed public buildings such as churches and schools.

In addition Grace storm arrived in the country on Tuesday, which caused heavy rains, floods and landslides, according to the United States International Hurricane Center, CNN.

Rescue operations in the quake area are badly underway. It is feared that aid will become even more difficult with the storm. A month-long state of emergency has been declared in Haiti.

“Psychologically, we are not doing well at all. We have no idea how we will survive, ”said the 26-year-old midwife Aline Cadet said the news agency AFP.

Cadet works at a hospital in Port-Salut, which was badly hit by the quake.

“There are women here who were pregnant but lost their babies because they fell or were injured,” Cadet continues.

Haiti has still not recovered properly from the 2010 earthquake, which killed more than 200,000 people and injured an estimated 300,000. At that time, more than a million Haitians were left homeless.

In addition to hundreds of thousands of homes, the 2010 earthquake destroyed government buildings and schools, including 60 percent of Haiti’s health care system.

Reconstruction of the country’s main hospital is still ongoing.

Also The political situation in Haiti has been confusing since the country’s president Jovenel Moise was assassinated his home more than a month ago.

More than 40 people have been arrested as a result of the assassination, including more than a dozen police officers.