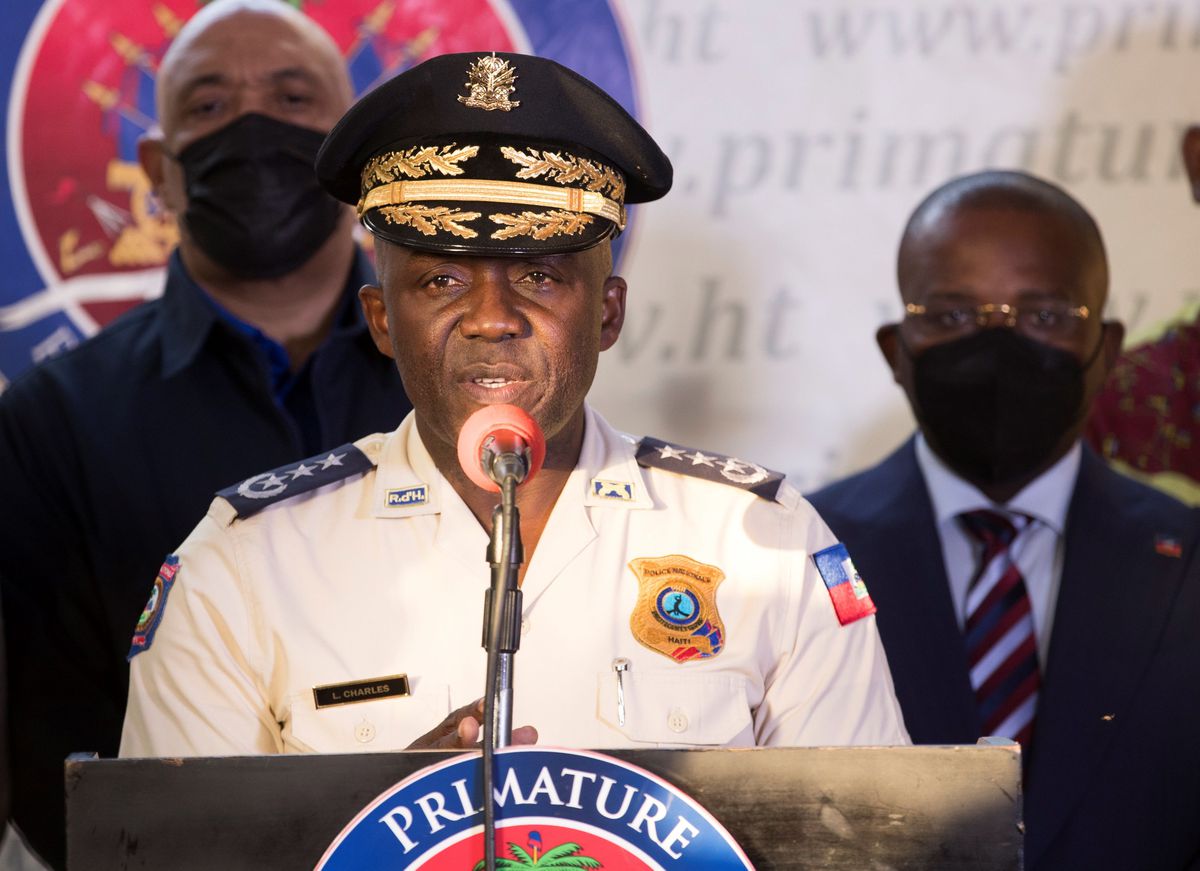 The Haitian authorities announced this Sunday the arrest of one of the alleged intellectual authors of the assassination of President Jovenel Moïse. This is Christian Emmanuel Sanon, a 63-year-old doctor who has lived in Florida for more than two decades.

The Haitian police chief hinted that Sanon was conspiring to become president and said that, among other evidence, when the police intercepted several members of the command, “the first person they called was Emmanuel Sanon,” revealed the director general of the National Police, Léon Charles, at a press conference in Port-au-Prince.

During a search of his home, police found a DEA cap, a box of cartridges, 20 boxes of bullets, 24 unused shooting targets, and four Dominican Republic license plates. According to the police, there are two other intellectual authors involved, but their identities were not released.

According to the police reconstruction, Sanon arrived in Haiti a month ago by private plane from Florida accompanied by a group of six Colombians originally hired to act as bodyguards, “But then they received a new order: arrest the president,” said the head of police. “A new operation began there,” which was later joined by another 22 people.

“Sanon arrived by private plane in June for political purposes and contacted a private security company to recruit those who committed the murder,” detailed Charles. The company hired, he said, was a US-based Venezuelan security company called CTU. In reference to this company, Venezuelan President Nicolás Maduro revealed this Saturday that the company is owned by Antonio Intriago, a Venezuelan linked to the opposition, “a personal friend of Juan Guaidó and Leopoldo López,” Maduro denounced from Caracas.

Regarding the investigation of the assassination, the objective now of the Haitian police – which works with Colombian officials and seven FBI agents who have arrived in the country – is to know who financed the operation, paid the tickets of the second group and paid their salaries, which were around $ 2,700 per person. The two arrested Haitian Americans confessed to the judge that they were not in the president’s room when he was assassinated and that they had been hired only to act as translators for the command. According to what they said, the objective was not to kill the president, but to kidnap him to take him to the National Palace, revealed the Haitian judge who interviewed them.

In this direction, the police are also investigating the role played in the operation by Dimitri Hérard, Head of Security at the National Palace. Since before the assassination Hérard was in the crosshairs of the investigators for alleged arms trafficking and will have to testify this Monday together with the head of security for President Moïse, Jean Laguel Civil. Both are suspected of allowing the president to be viciously tortured and killed without anyone on his team being injured. Both will have to explain how the command managed to enter the house without an exchange of shots, although the exterior was strewn with shells.

On the supposed intellectual organizer, Christian Sanon, it is known that he has lived long periods in Florida for the last 20 years and that he declared bankruptcy in 2013. In a video posted by him on YouTube titled “Leadership for Haiti” in 2011 – when Moïse was not even an active politician – he presented himself as a doctor and described his country’s leaders as corrupt and accused them of depriving the country of its resources, saying that “they don’t care about the people.” In the video he is running for president and defends that the Caribbean country has natural resources such as uranium and oil that have been seized by the political class. “With me in power, you’re going to have to tell me: ‘What are you doing with my uranium? What do you do with the oil we have in the country? ‘, He says in the video. And he insists: “We need a new leadership that changes the way of life.” Your Twitter account She has been inactive since 2011 and at the time of her capture she had 67 followers and was not following anyone.

So far, after five days of hunting and capturing the murderers, the police confirmed the participation of 26 Colombians, of whom 18 have been arrested, three have died and another five are still at large. The latter were described by the police chief as “dangerous individuals”. “I’m talking about a specialized command,” he added.