Hackers shut down Colombian army website over crackdown on protests 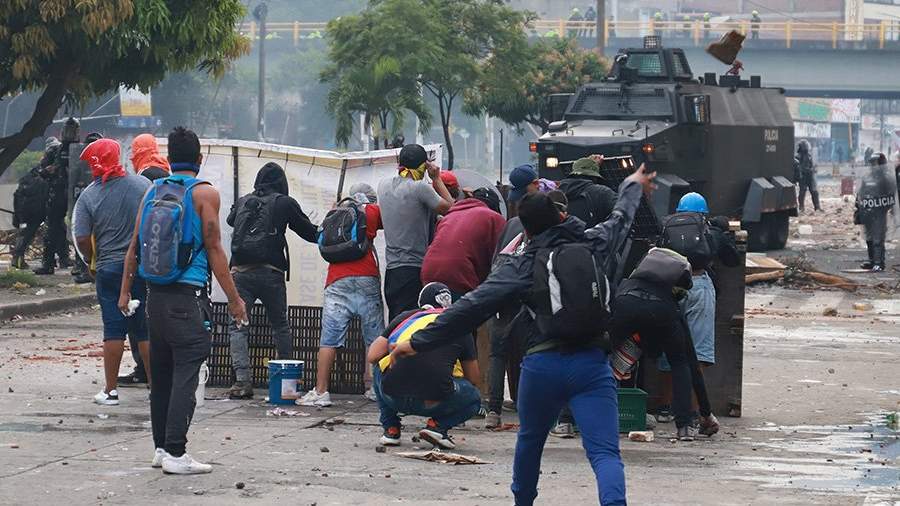 A group of Colombian hackers called Anonymous Colombia hacked and blocked the official website of the country’s armed forces in protest against the violence used by the army against protesters over the tax reform of citizens. On Wednesday, May 5, the hackers announced this on their page in Twitter…

“Anonymous Colombia is closing the Colombian National Army’s official website as a sign of rejection of the killings and violence committed during the strike against the tax reform presented by the government of Iván Duque,” the statement said.

In the next post in Twitter Anonymous Colombia has announced that it has released letters and passwords from members of the Colombian National Army.

On the same day, May 5, Colombian President Ivan Duque made an appeal to the citizens and organizations of the country in order to find a solution to the crisis amid the ongoing unrest. According to him, the national dialogue will make it possible to renounce violence in all its forms.

According to the office of the Colombian Ombudsman, during the week of protests, 19 protesters and one police officer were killed in clashes, and 89 people were missing.

Janet Barboza: "I have suspended Mr. Christian Domínguez for 10 days"

Saud Charity launches «Be finer than the wind»