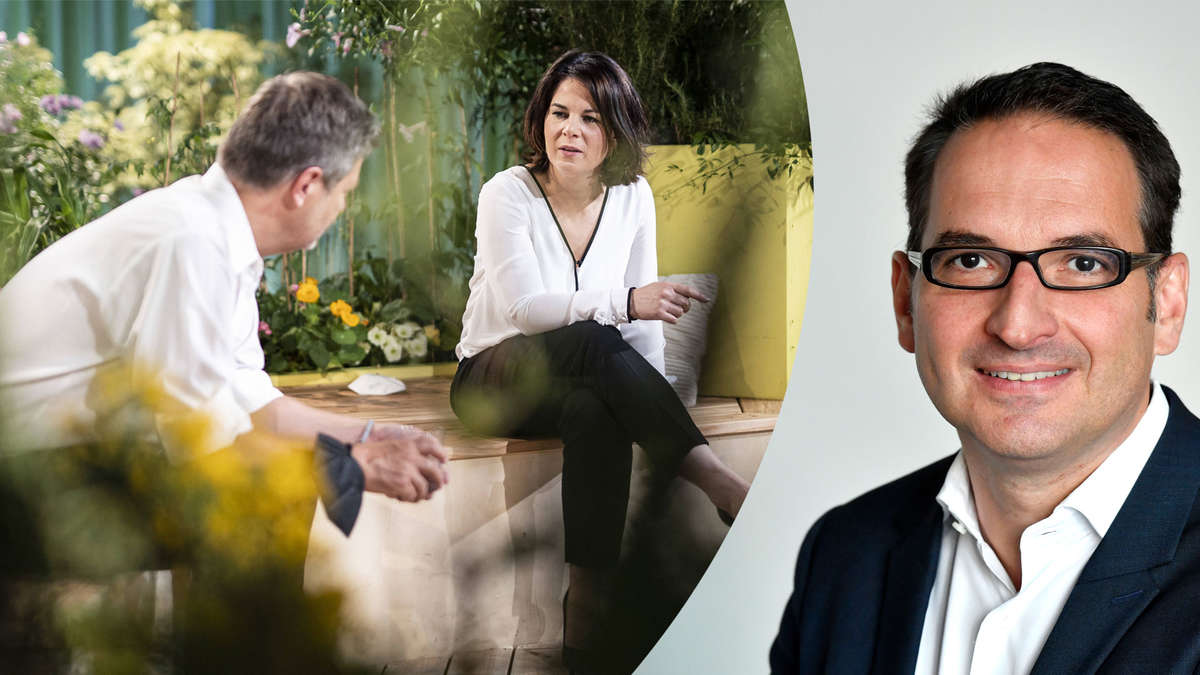 Your candidate for chancellor seems to have become a burden for the Greens in the election campaign. New polls give the Union and FDP food for thought, comments Mike Schier.

Munich – In fast-moving politics, some things are quickly forgotten: When Robert Habeck had to give way to Annalena Baerbock on the K question in April, it sounded as if the top would continue to function as a tandem. But Habeck, who shortly afterwards openly expressed his frustration with the decision, stepped into the background from then on.

Baerbock alone determines the party’s public appearance, which has increasingly turned out to be a problem in recent weeks. Unlike his startled party, Habeck remained silent when the candidate for chancellor came under heavy fire.

Now he has given an interview after all. Not one in which he stands protectively in front of his colleague. Rather one in which he begins cleaning up the smashed porcelain. Baerbock is “a woman who is driven by the topics and their implementation. For this she takes high personal risks, as you can see now ”.

An ambiguous sentence. It sounds as if the candidate who initially led the party to unprecedented polling heights has become a burden. And even if they hide personnel disputes better than the Union or the SPD: The Greens have never been a haven of harmony!

The first surveys are already coming, in which the SPD is on par with the Greens again. Curiously, this is precisely what must worry the Union a little. Because under the leadership of the Greens, the traffic light coalition was never a serious option for the FDP.

But what if a red light was the only option against black and green? With a Chancellor Olaf Scholz, Christian Lindner would quickly find it difficult to explain. Another opposition, just so as not to “govern wrongly”, would also give rise to internal headwinds.