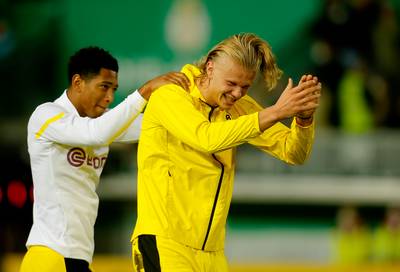 Borussia Dortmund has reached the second round of the DFB Pokal tournament without any problems, thanks in particular to Erling Braut Haaland. The 21-year-old Norwegian striker scored three times in less than an hour against SV Wehen Wiesbaden, playing in the third Liga. He scored his second goal from the penalty spot. The cup winner of last season therefore won 0-3.