Gustavo Posse and Martín Lousteau, before the elections: ‘We must eradicate the inferiority complex of radicalism’ 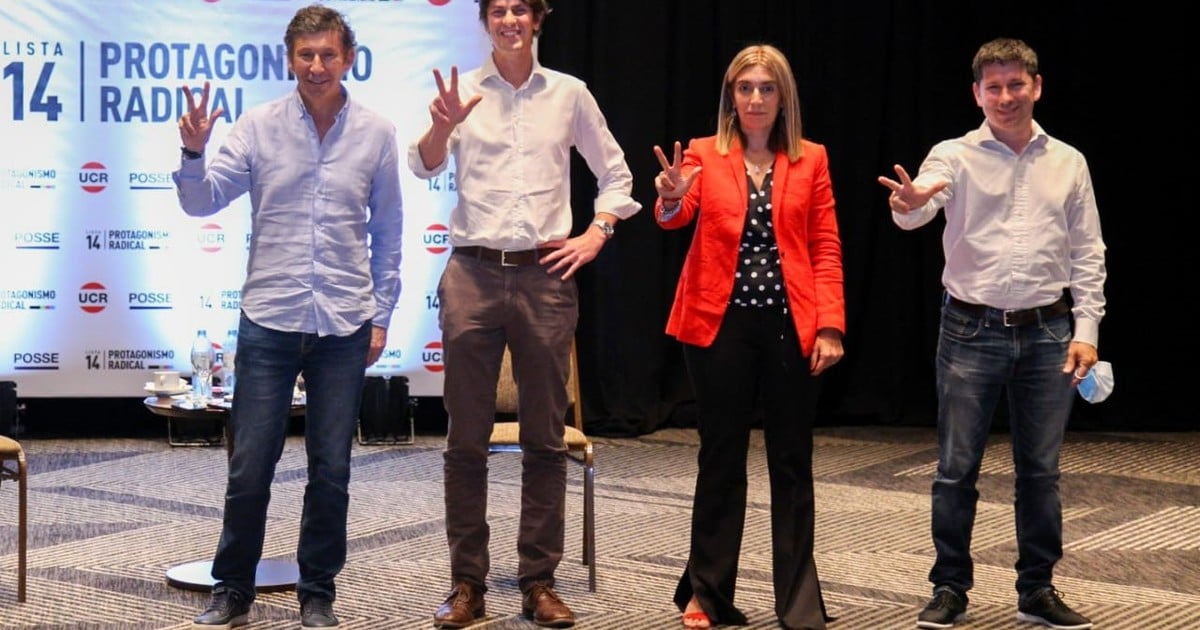 The elections in the province of Buenos Aires of the Radical Civic Union will take place this Sunday and they have taken on an important weight within the party, based on statements by the protagonists and the immediate antecedent that the election in Córdoba meant, with a close election that publicly confronted Martín Lousteau and Mario Negri , whose candidate was finally chosen to head the provincial committee.

The Buenos Aires chapter offers a new dispute between the current ruling party, which in the list is represented by the provincial legislator Maximiliano Abad as a candidate, and the space that promotes a “radical protagonism” and that he has the mayor of San Isidro Gustavo Posse as a candidate for president and the vice-chancellor of the University of Almirante Brown, Danya Tavela, as his running mate.

Posse repeated the speech of the last few days. “This is the end of five years of submission, inactivity and servility“, he said about Salvador’s stage as president of the space in the Province and the role of the party within the coalition of Together for Change. “We all supported him and for years he did not make sounds in the meetings. We differentiate ourselves by our rebellion, the election will show that we interpret what the radical affiliate wants,” added the communal chief of San Isidro.

Lousteau, the main reference of radicalism in the City of Buenos Aires, showed clear support for Posse’s candidacy and was very forceful in his criticism of radical referents at the national level such as the governor of Jujuy Gerardo Morales. “How many times did you go down to the province of Buenos Aires between 2015 and 2019,” he asked ironically about the Jujuy president. “Never,” they replied with Posse in chorus.

Morales had questioned Posse for saying that he had come to Juntos por el Cambio through the PRO and not the UCR. “If I had wanted to be part of the PRO, it would have been when it was created. I was always radical,” Posse said..

On the candidate for president of space, Lousteau said: “He is the only radical mayor of the suburbs who repeatedly beats Peronism and he is our candidate. He got the same votes as Morales in an entire province, unless he believes that his votes are worth more. ” And he added, regarding the Jujuy: “I would like you to explain why none of your legislators questioned the withdrawal of funds from the City of Buenos Aires, or to explain why you want to suspend the PASO, or why you voted on the budget at the time or why what some supported the changes in the pension formula “.

Posse recalled the radicalism strategy of going to a presidential STEP in Cambiemos in 2015 with Sanz as a pre-candidate. “They put a candidate to get 3%, they put a rod so that we could not negotiate from that 3%.” Lousteau He also questioned that in 2015 radicalism went to that inmate “putting up a candidate who lost 25 to 3 and later claimed places.” And then he added: “The worst thing is that afterwards he did not speak again, because Sanz was never heard again.”

Lousteau spoke of the differences in strategy between the UCR sector that they represent and those who nominate Abad as a candidate. “There is a conceptual difference. Enough of the comfort of minority positions, let’s eradicate the minority complex of radicalism. There is a huge portion of the party that is very comfortable being a minority, in enormous comfort, “he said.

The national senator and Lousteau also recognized “interference” on the part of the PRO in the radical Buenos Aires election., so that the affiliates favored Abad as a candidate. “Okay, it’s a decision, but that decision sets the tone and how you will be within the coalition afterwards. If you are going to ask another party for help, then in the coalition you will have less weight, you will not have independence and own weight “.

Buenos Aires radicalism has 600.000 affiliates , but it is estimated that approximately 15% of them will vote, about 90,000. “The more they vote, the better for us,” said Posse, who expects the number of voters to increase. The mayor of San Isidro will go with Danya Tavela in the formula, and with Pablo Domenichini, rector of the University of Almirante Brown and current secretary general of the Buenos Aires UCR. Abad, meanwhile, represents “Adelante Buenos Aires, and is the current head of Together for Change within the Buenos Aires Legislature.

Where to see Rebuild of Evangelion? | EarthGamer

Harvest helper: Live together, work together

Allan McDonald, the man who didn’t want the ‘Challenger’ to take off