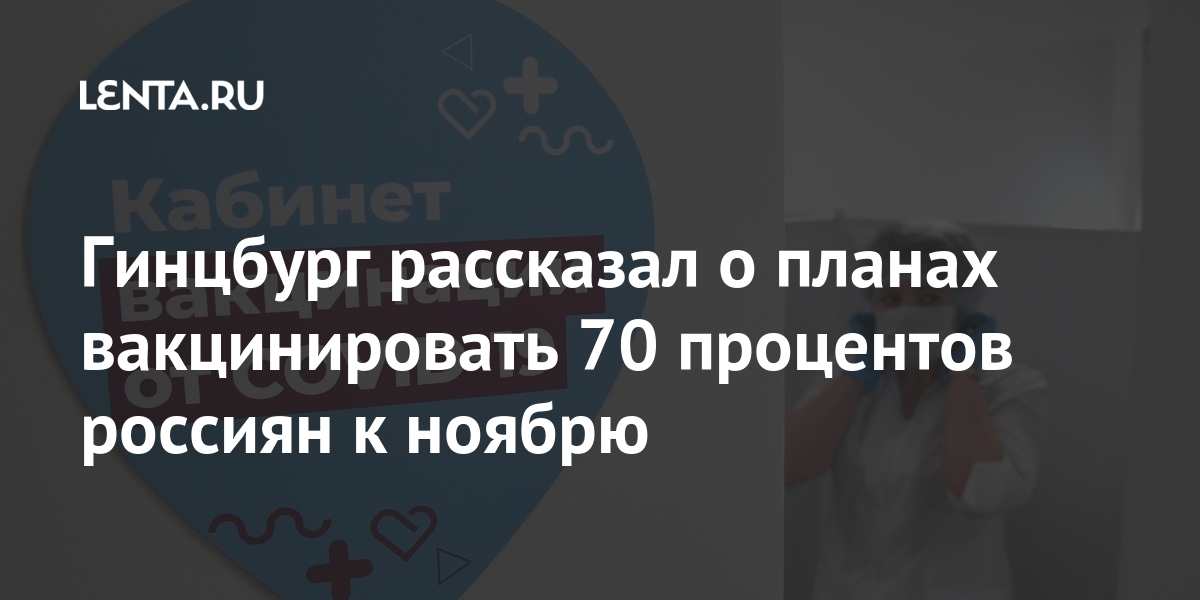 The director of the Gamaleya Center, Alexander Gintsburg, spoke about plans to vaccinate 70 percent of Russians by November. He shared about this in air the Dok-Tok program on Channel One.

“We need to work in all directions so that by November, according to my calculations, this year we still vaccinate about 70 percent of our population,” he said. At the same time, Gunzburg emphasized that “miracles do not happen” and even if the entire immunobiological industry is involved in the production of one drug, it will be possible to release a maximum of 15 percent of the required amount of vaccine within a year.

HS analysis Police did not tell the truth about George Floyd’s death, but the 17-year-old girl changed everything – The murder sentence surprised many and raised hope

Coronavirus: Daniel Gollan affirmed that the peak of infections was anticipated and predicted how long the restrictions would continue