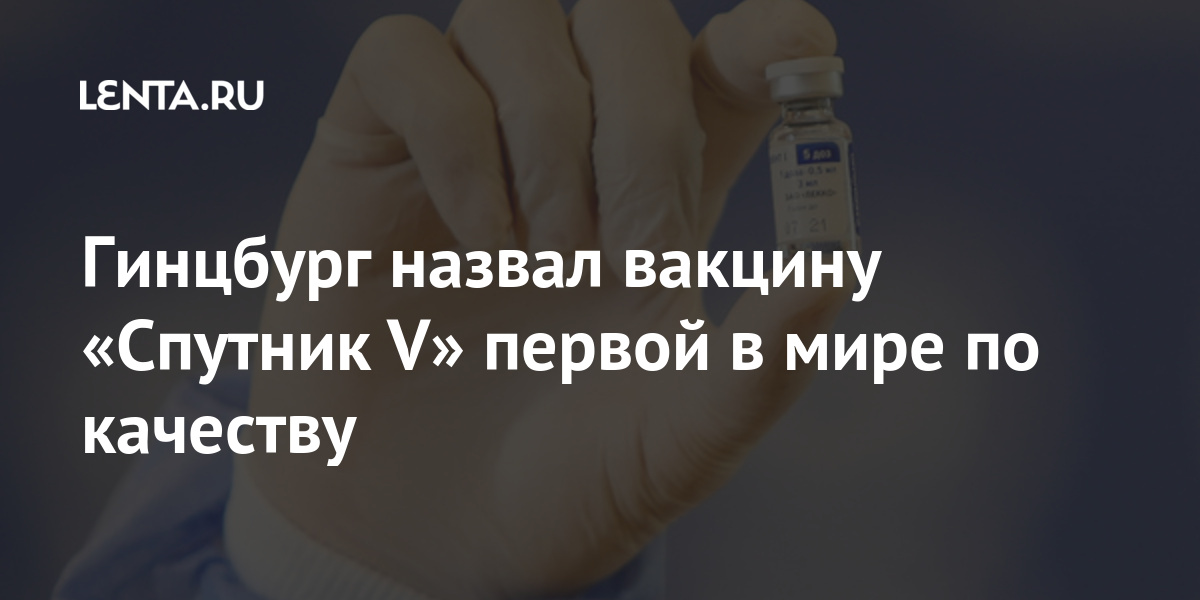 The director of the Gamaleya Center, Alexander Gintsburg, called the Russian vaccine against coronavirus infection Sputnik V the world’s first in quality. He stated this on the air of the program “Soloviev LIVE” on Youtube…

“Among those 4-6 drugs in the world that have entered a wide civil circulation, apparently, Sputnik V is in the first position in terms of its qualities,” he said.

Sputnik V became the world’s first registered vaccine based on the human adenovirus. Currently, the development of Russian scientists is among the ten best vaccine candidates in the list of the World Health Organization (WHO).

YouTube tries to remove ‘dislike’ count from its videos