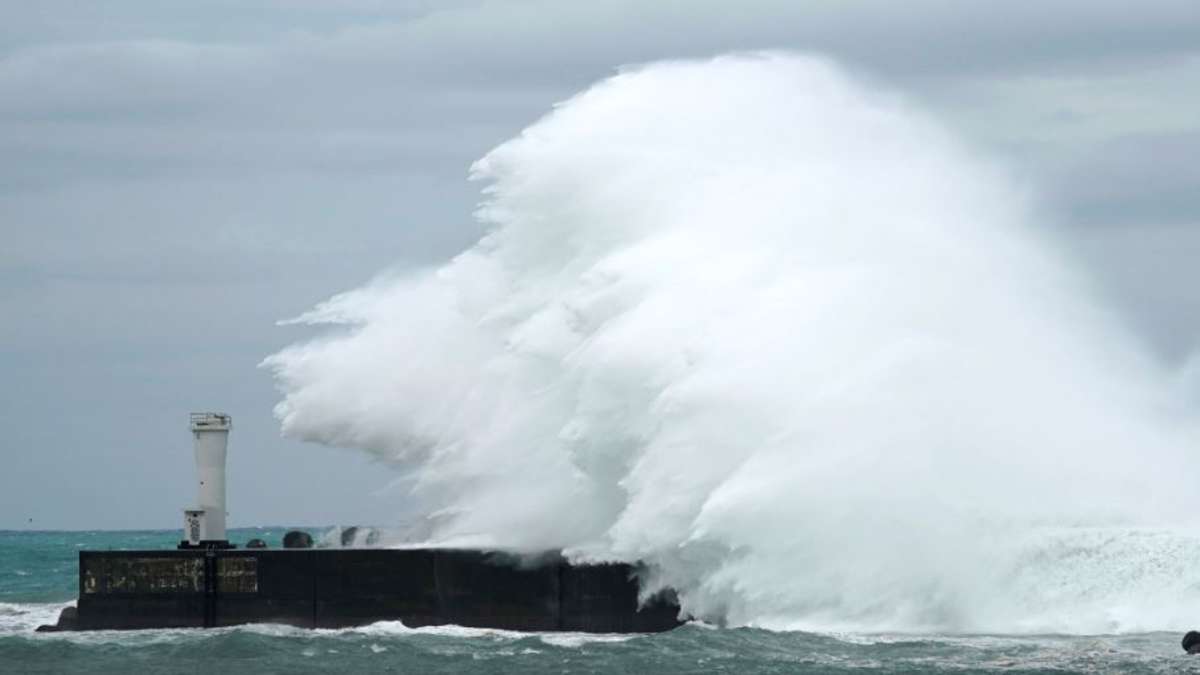 Researchers from Potsdam fear that the Atlantic current could collapse. The consequences for the climate would be devastating.

Potsdam (dpa) – An important Atlantic current, which also includes the Gulf Stream, is possibly approaching a critical threshold. The Atlantic overturning current (AMOC), which is responsible for the exchange of warm and cold water masses in the ocean and thus also affects the climate in Europe, may have lost its stability. This is what Niklas Boers from the Potsdam Institute for Climate Impact Research (PIK) writes in the specialist magazine “Nature Climate Change”.

The Atlantic overturning current is a complex current system that transports warm water from the tropics to the ocean surface towards the north and cold water at greater depths towards the south. In Western Europe, this cycle ensures comparatively mild temperatures, and it also has an impact on other global regions of the world. A collapse of this important system would have serious consequences for the global and especially the European climate.

According to Boers, the current is currently as weak as it has never been in the past 1000 years. However, it is unclear whether this is just a change in the mean circulation state or a real loss of dynamic stability – and this difference is decisive, explains Boers in a PIK press release. A decrease in stability would mean that the Atlantic current has approached the critical threshold beyond which the circulation system could collapse.

Researcher: “First of all, it depends on how much CO2 is released”

To shed light on this, Boers looked at so-called fingerprints in temperature and salinity patterns on the surface of the Atlantic. “A detailed analysis of these fingerprints in eight independent indices now suggests that the weakening of the AMOC during the last century is indeed probably associated with a loss of stability,” writes the PIK.

In addition to the direct effects of Atlantic warming, factors that affect the current include the inflow of fresh water through melting ice masses, increasing precipitation and water from rivers. He did not expect that these amounts of freshwater would cause such a reaction, Boers said. The factors still have to be examined in more detail – it is already clear, however, that they are related to man-made climate change.

When exactly the current will weaken is very difficult to estimate, explained Boers to the German press agency. “First of all, it depends on how much CO2 is released and how much the temperatures rise as a result.” In addition, there are uncertainties about how much warmer it will be in the Arctic and how much the freshwater flow into the Atlantic will increase due to the rise in temperature.

The key point of the study is “that we see – earlier and more clearly than expected – clear signs of a loss of stability,” emphasized Boers. “That means the system is moving towards the critical threshold, and every gram of CO2 that is still released increases the probability that the AMOC will eventually reach the critical value.” If the critical point is exceeded, the AMOC will be within a few decades largely come to a standstill.