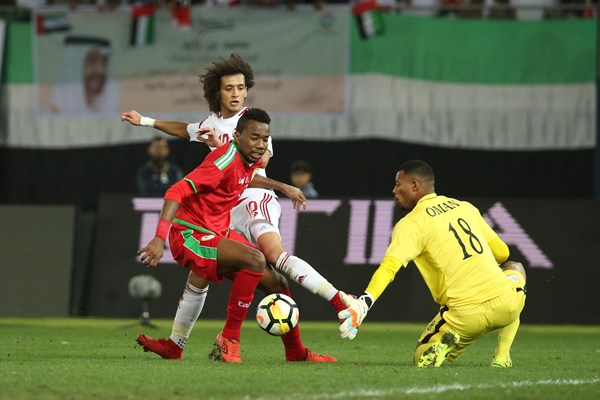 The Arab Gulf Cup Football Federation has postponed the determination of the nomination of the country that will host the next edition of the Gulf Cup, “Gulf 25”, to a meeting of the heads of the federations who represent the union’s general assembly, provided that the meeting will take place within a month.
The Gulf Federation said in a statement: The Executive Office reviewed during its meeting the report of the committee to study the files of hosting the Gulf Cup 25, which was presented by Jassim Al Shukaily, Vice President of the Federation and head of the committee to study the files related to hosting the Gulf Cup.
He recommended: To hold a meeting of the heads of the federations within one month to take the final decision to name the country organizing the Gulf 25.
The Iraqi Football Association had submitted a request to host the tournament in Basra, but security difficulties may hinder the approval of the Gulf Federation for such hosting, which is likely to hold the tournament in Qatar for the second time in a row, after it hosted the last edition in December 2019, as the Qatari Federation submitted An alternate file in case Basra is not able to provide the hosting standards
Al-Shukaili confirmed that the Executive Office granted an additional deadline to the Iraqi Federation. The decision has not yet been taken. We in the files study committee have raised a recommendation and the decision will be during a meeting of the heads of the federations.
He added: The only file that has been discussed is the Iraqi file, but according to the statute, there is a country presenting as an alternative, which is Qatar.

4 controls for registering people of determination in public schools