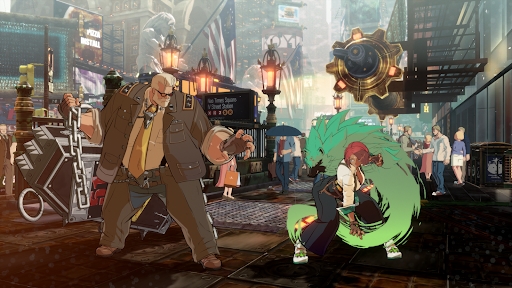 The recent live broadcast of ARC SYSTEM WORKS revealed that Goldlewis Dickinson will be the first DLC character of the fighting game GUILTY GEAR -STRIVE-, and will be released on July 27 for all owners of the Season Pass 1 or from July 30 for everyone else.

Below we offer you an introduction:

Goldlewis is the first Secretary of Defense in US history, and is also a serving military officer.

Thanks to his excellent judgment and leadership ability, based on his vast combat experience, he has gained immense popularity and earned the trust of those around him.

His combat prowess is said to be equivalent to the entire White House Security Force, and it is no exaggeration to say that US security and authority has been established thanks to his presence, making him the mainstay of the nation.

GUILTY GEAR -STRIVE- is available on PlayStation 4 is PlayStation 5 is PC. Below you can see the announcement trailer and some images dedicated to the character.