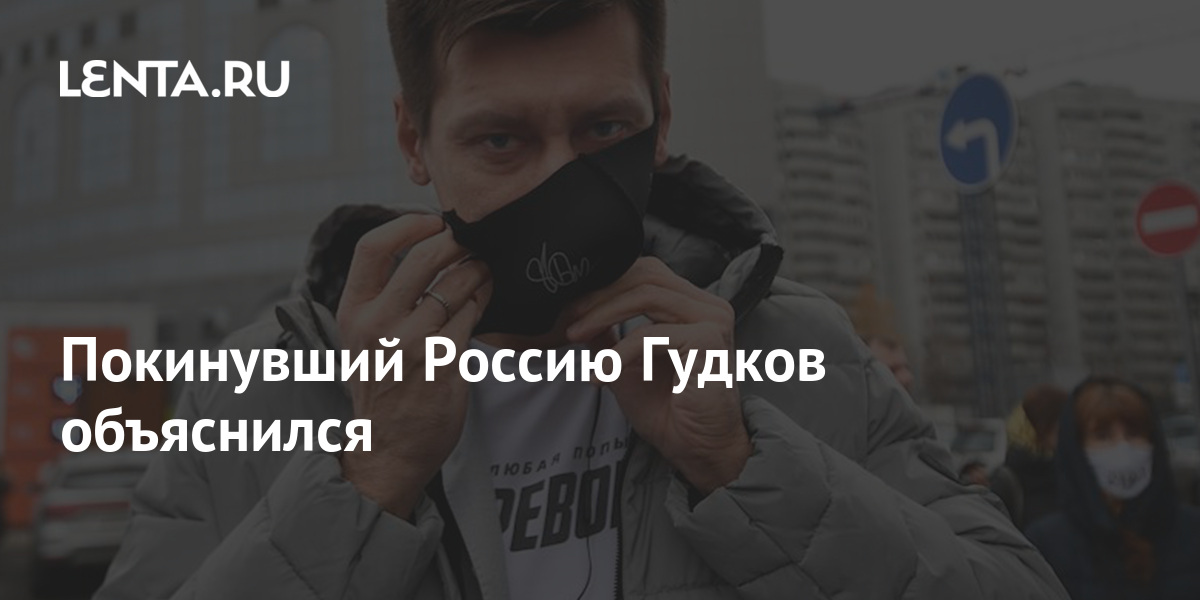 “I still declare that I temporarily left in order to minimize the risks for my loved ones. This is a very serious, difficult decision, ”he said, noting that his wife and child remained in Moscow.

Gudkov added that he left for Ukraine so as not to create problems for his aunt, who, like himself, is in the status of a suspect in non-payment of debt under a lease agreement.

Earlier it became known that Gudkov had left Russia and was heading for Ukraine. He plans to travel from Kiev to the Bulgarian city of Varna, where his parents are. Messages about the departure of the politician appeared on social networks. His lawyer Mikhail Biryukov explained that he had no information about the location of his client and could not confirm or deny the information.

On June 3, Gudkov was released from the IVS; his aunt Irina Yermilova, the Tverskoy court also refused to elect a ban on certain actions. Both are in the status of suspects in a criminal case under paragraph “b” of Part 2 of Article 165 of the Criminal Code of the Russian Federation for causing property damage on an especially large scale. Biryukov explained that the amount of non-payment of the rent, in which the defendant is suspected, exceeds a million rubles.

The former deputy and his aunt were detained on June 1 on suspicion of non-payment of debt under a lease agreement for non-residential premises in 2015-2017. It was reported that searches were being carried out at the politician’s dacha. The police also searched the apartment of his chief of staff, Vitaly Venediktov.