Guatemalan President Under Pressure to Resign for Pandemic Management 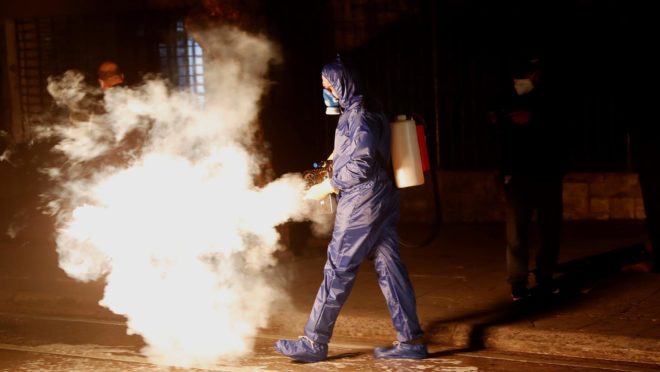 Several social organizations demanded this Saturday the resignation of the President of Guatemala, Alejandro Giammattei, due to the management of the pandemic, in addition to the lack of vaccines against Covid-19 in the country.

The Convergence for Human Rights alliance, formed by 11 social organizations, issued a statement calling for the “immediate resignation” of Giammattei and Guatemala’s “Ministry of Health authorities”. According to the statement, the resources that should have been used to fight the pandemic “have ended up in people’s pockets, mainly in the inner circle of Alejandro Giammattei.” The organizations claimed that the “inability” of the Giammattei government “has only increased poverty, extreme poverty and malnutrition in the country.”

According to data from the Ministry of Health, Guatemala registered just over 750 deaths from Covid-19 in the last 15 days, in one of the deadliest periods of the disease since March 2020. The 750 deaths are equivalent to 8% of the total number of victims of the disease in the country, which in the last update, yesterday, totaled 9,350 deaths.

The country governed by Alejandro Giammattei, with 16.3 million inhabitants, has one of the worst vaccination records on the continent, according to indices from international organizations. According to official data, one in two children in Guatemala suffers from malnutrition and 59% of the population lives below the poverty line.