Guatemala, the bet of Biden and Harris in Central America by discarding 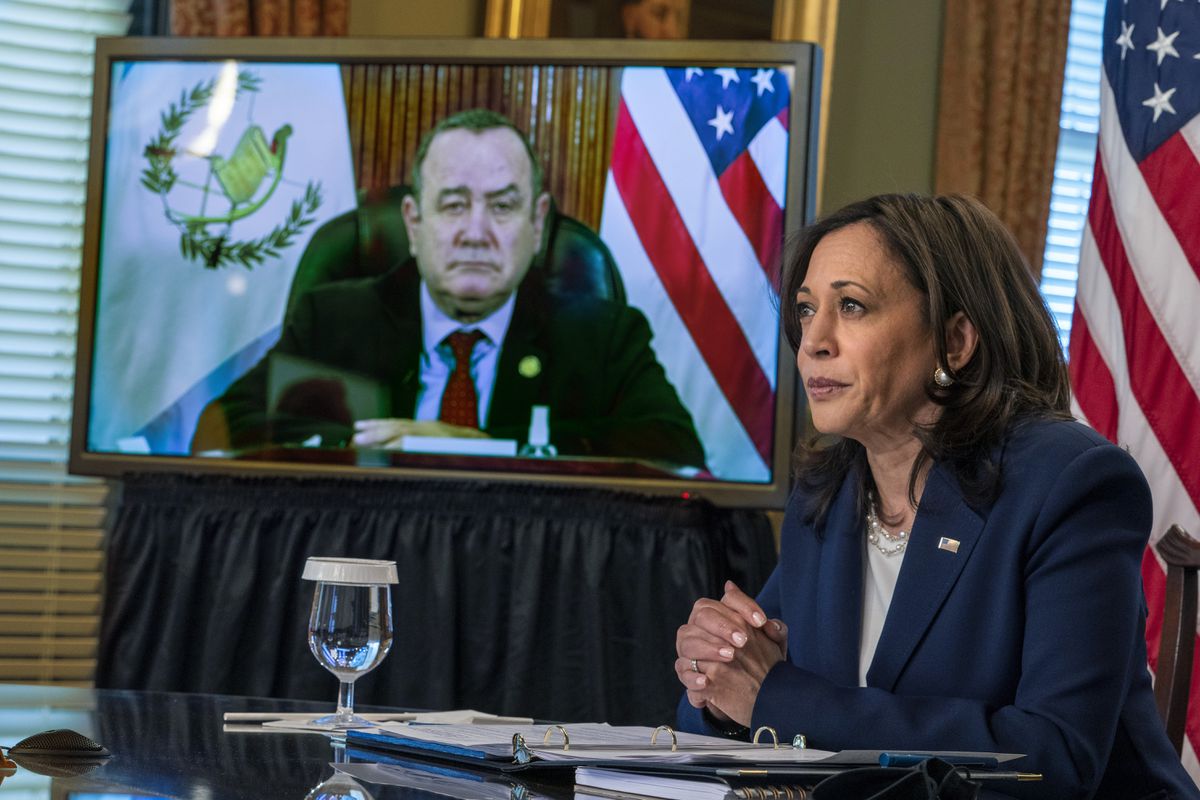 On her first trip abroad as vice president, Kamala Harris will be faced with a puzzle. The first woman to occupy the second highest position in US politics will arrive in Guatemala this Sunday with a mission that none of the last occupants of the White House has been able to fulfill: to stop the migration of Central Americans that overflow the southern border of the United States from years ago. The arrival of hundreds of thousands of migrants fleeing a cocktail of violence, poverty, the effects of climate change and a lack of opportunities has become the first major crisis for President Joe Biden, who tasked his number two with fighting the causes of migration from the source, just as Barack Obama did with him when he was his vice president.

After four years of the presidency of Donald Trump, in which the Republican based his policy with the region on coercive measures to stop migration without worrying much about what was happening inside, when looking at the governments of the three northern countries of Central America, senders of the exodus of families to the United States —Guatemala, Honduras and to a lesser extent El Salvador— Harris cannot find anyone to talk to. There are no interlocutors with whom to share the approach of his administration, which wants to make aid contingent so that people do not have to migrate to the fight against corruption and the strengthening of the rule of law.

With the president of Honduras, Juan Orlando Hernández, accused by a New York prosecutor of having agreed with a cartel to traffic thousands of kilos of cocaine to the United States and that of El Salvador, Nayib Bukele, criticized by Washington for his authoritarian turns and In a progressive approach to China, the Biden administration is betting, by default, on Guatemala, the first country Harris will visit on his trip, which will also take him to Mexico on Tuesday.

But in Guatemala, where Harris plans to meet with President Alejandro Giammattei and other members of his cabinet on Monday, the Biden administration also has no easy road ahead. In recent years, international organizations they have denounced a weakening of the rule of law, as well as “setbacks” in the fight against corruption, especially since the departure of the CICIG, the United Nations mission that, after 12 years fighting impunity, had to leave the country in 2018 by decision of former President Jimmy Morales. Since then, complaints of persecution of justice operators have multiplied and “the pace of investigations has slowed down,” which “has limited the possibility of accountability,” says the report 2020 from Human Rights Watch.

“What [los estadounidenses] be clear that you are sleeping with the enemy ”, affirms the sociologist Carmen Rosa de León, director of the Institute of Education for Sustainable Development (Iepades), one of the 12 people from civil society who met virtually with Kamala Harris in the preparation of his visit and that he will repeat face-to-face meeting on Monday in Guatemala City. For her, her country is “in a process of accelerated regression”, with an atmosphere of instability similar to that of before the signing of the 1996 peace accords.

“Guatemala is not differentiating itself much from other countries in the area, particularly El Salvador,” agrees former Foreign Minister Edgar Gutiérrez. “The difference may be that a kind of corporate dictatorship has been maturing here. We do not have a charismatic leader who embodies it, but the system is moving precisely to annul the separation of powers and to inject fear into the dissent, the opposition. In addition, the commitment in the fight against organized crime and corruption is rhetorical until now ”.

This Sunday, before Harris’s arrival, the Guatemalan Human Rights attorney Jordán Rodas published an open letter to the vice president in which he told her that there is a sector of the country that he refers to as a “transformer” that sees in her a “Important ally to contain the consolidation of a corporate dictatorship that begins to provoke a new diaspora of asylees and political refugees.” In the case of the institution he represents, he denounces a “financial asphyxia” that has been paralyzed since last August. “The only way for Guatemala to be a factor of stability and progress, and not a failed State, is by pressuring the Government to fulfill international State commitments, respect for human rights, fight against corruption and organized crime,” he adds.

Despite these criticisms, both De León and Gutiérrez agree that the fact that Guatemala has been Biden’s bet in the region gives the country’s authorities a sense of power in talks with the United States. “The Government of Giammattei He has the perception that the United States needs Guatemala more than Guatemala needs the United States, ”said the former foreign minister.

For the sociologist De León, this feeling of control of the situation by the power groups was reflected with the green light for approval of a controversial reform by which the Government could regulate and control the financing of non-governmental organizations. “When the vice president [Harris] He spoke with President Giammattei and raised his concern about the NGO law and it is ready to go into effect ”, says the sociologist. The director of Iepades also mentions that, a few days after President Joe Biden’s envoy to the Northern Triangle, Ricardo Zúñiga, met with the then president of the Constitutional Court, Gloria Porras, as a sign of support for a magistrate recognized for her fight against corruption, Congress disqualified her from renewing her position.

After denouncing that she was a victim of persecution for the judicial opinions issued in the exercise of her duties, Porras traveled to Washington to await the conditions to regain the position for which she was appointed. In the United States capital, the former magistrate was invited by Harris to a meeting at the White House in which other Guatemalan lawyers who fought against corruption and had to go into exile also participated. “Her [Harris] is looking for comprehensive solutions in the short, medium and long term that have a very humane approach towards Guatemalans and towards all citizens of the region. And when you think about solving the problem at its roots, obviously we have to start talking about solving deep issues, corruption, drug trafficking and, in my case, political issues, ”Porras told EL PAÍS by phone.

Precisely part of the Biden government’s strategy in the region is to ally itself with those who are willing to get on the train in the fight against corruption and impunity, be they governments, institutions, companies or civil organizations. From their encounters with Harris and his team, both Porras and De León emphasize that they “know perfectly the area they are talking about” and that, in their search for pragmatic answers to a situation that they recognize as very complex, they are trying to identify what has worked so far and what hasn’t.

“The great difficulty of the Biden administration is going to be to reconcile or manage the emergency of the waves of migrants with the time it takes to mature the negotiation of immigration reform in Congress,” says former Foreign Minister Gutiérrez. For him, the solution should include “an intermediate link” to contain the urgency of migrants, such as a considerable increase in temporary visas so that Central Americans do not have to risk their lives to work in the United States.

For her part, former Magistrate Porras sees in this context an opportunity for her country to champion a proposal to attack the roots of migration. “I believe that if the Government of Guatemala opens an adequate space for dialogue, if the economic sector joins this intention, and if spaces are opened to civil society organizations and the press to make everything transparent, it could be a great opportunity to Guatemala and for the entire region ”. 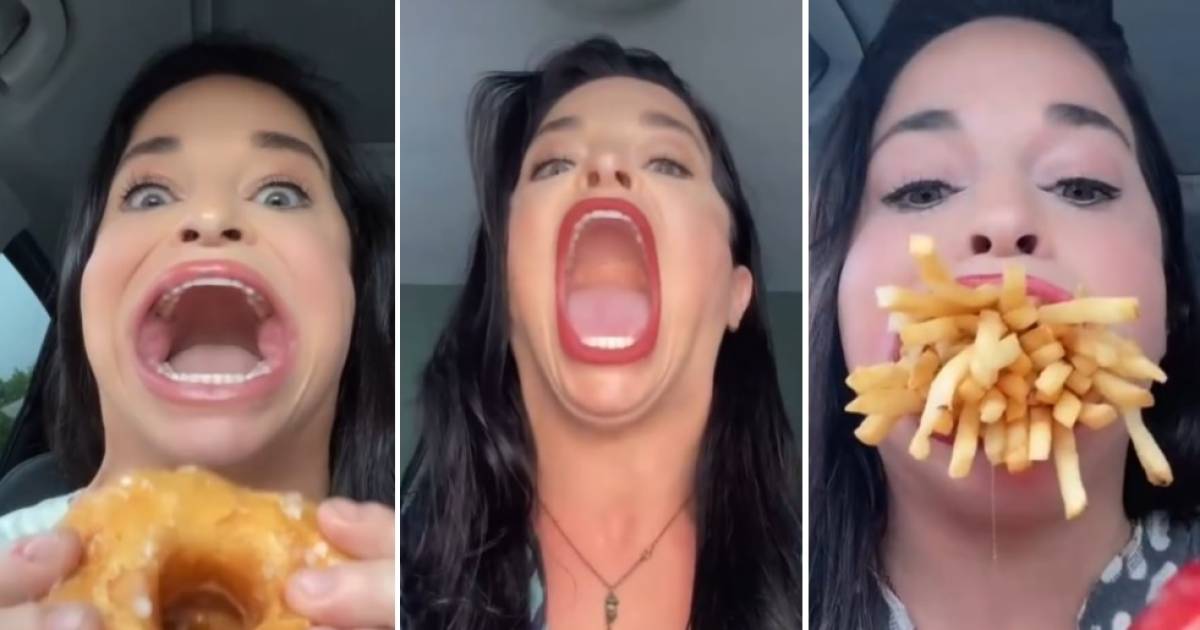