Grupo Antolin takes a breath after a year to forget 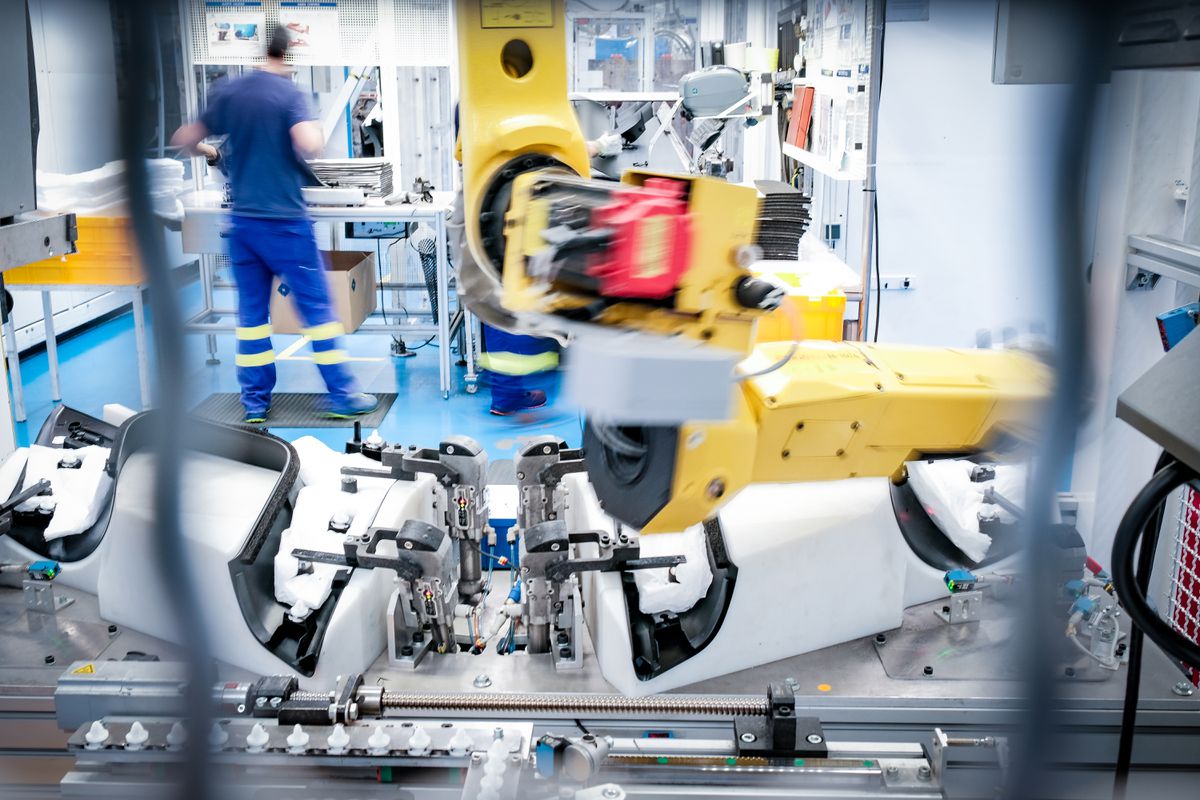 Losing 1,240 million in sales from one year to the next is no joke, but Grupo Antolin is one of those companies as tough as the rubber and metal kneecap that the brothers José and Avelino Antolín invented 70 years ago and which gave birth to what it is today the company. The company had reached a turnover of 5,214 million before the pandemic, but the crisis reduced that figure to 3,974 million, with about 3,000 fewer people in workforce in a decrease that especially affected its centers outside of Spain and that the company does not clarify how it occurred (“we did not get into organizational matters”). Winter came to the accounts: dividends were frozen, operating income turned negative (25 million) and losses amounted to 131 million.

The setback has been huge, but in the first quarter results the company is beginning to catch its breath. “We believe there will be solid revenue and margin growth this year. We are optimistic about the evolution of sales, which will accelerate in the second semester, as the vaccination process favors a general reactivation ”, they assure the company. In the first quarter of the year, losses have been left behind and billing grew by 6.6%, to 1,076 million.

But the automotive industry and component suppliers face huge challenges. The most immediate is the shortage of semiconductors. The company’s customers, with Volkswagen, Fiat-Chrysler and BMW at the helm, have reduced the manufacturing forecast and Antolin, as a supplier, has had to adapt. “We hope that the situation will be solved in the second half of the year thanks to the strategies implemented by the manufacturers to improve the supply.”

What has not decreased is their work in R + D + i, to which they allocate the equivalent of 3% of global sales, 118 million in the last year. A long-term challenge that begins in the Innovation department headed by Javier Villacampa, whose center is in Burgos. “The car has been adding technology for decades without going up in price. And that has been done thanks to innovation ”, he recalls before listing four trends that affect them fully: the production of electric cars, the autonomous car, digitization and the new forms of mobility to which the car will have to adapt.

Grupo Antolin is one of the largest car component manufacturers in the world with 27,000 employees and sales of 3,975 million euros in 2020.
Its products were in 2020 in 100 models launched on the market, including the five best-selling cars.
They have 150 factories and 26 commercial offices in 26 countries.
55% of its governing bodies are occupied by women.
In 2020 they invested 118 million in R&D.
100% of the capital is in the hands of the founding family and its president is Ernesto Antolín Arribas.

“The concept of car for everything will die, there will be cars depending on their use: urban, interurban, cars that I rent to transport something, or for trips … Electric is an opportunity for us, because you get to earn between 30 % and 60% of interior space. The engines are smaller, it has no transmission. The hills disappear, porters appear in front and behind ”, explains Villacampa.

The doors and ceilings that the company manufactures are preparing for this new reality and for other collateral variations. “The combustion car makes noise, but the electric car completely changes the acoustics, which depends on our parts. We are working on improving passive and active acoustics through electronic systems ”. And there is another great revolution, the thermal one. “A car today is heated by the engine, which has a lot of energy, so it has a compressor to produce cold. But in the electric car, you have to produce heat and cold with a battery. The problem is that if I turn on the heating or air conditioning, the battery lowers its performance by 30%, and that is not acceptable, because the cars are at the limit of autonomy. That is an opportunity to extend our range of products ”.

At the same time, they are working on cars that will be “living spaces” where they can drive, but also sleep, play, watch television, work or even have a medical check-up. This technology with which the group wants to re-enter the market was presented in the last hall of Shanghai, where you could see solutions that change to create different driving scenarios, backlit surfaces or smart decorations.

They have devised, for example, a console with various sensor-guided functions that provide information to the driver about the environment in which he is moving and visual alerts to the passengers. They work on systems to illuminate the interior of the vehicle to the rhythm of music, glove compartments that open or close automatically, radiant heating that improves the sensation of thermal comfort or decorative pieces that light up from the bumpers or the tailgates.

Their strategy, Villacampa summarizes, is to accompany the large manufacturers. “There is talk that the automotive business is going to multiply by two. And that new business is in services. Our client goes from buying individual pieces to intelligent systems that combine lighting, electronics, software and materials ”. At the same time, he sees a future in which cars will not have a global standard. “The European car, fully connected, may be different from the African, more mechanical and robust.” In the company there are 1,600 people dedicated to this task, but outside of it they have created alliances with an ecosystem of companies such as Cipia, a start-up Israeli who designs driver monitoring systems; with the advanced engineering company AED Engineering, or with the Spanish Net4Things, specialized in mobility and data services. In the future, he points out, “before you find out that you have a breakdown, your car will have already made an appointment at the workshop.”

But before that happens there is a much more prosaic objective: to reduce debt. Right now the ratio between debt and operating income is 3.84 times, a value considered high. To avoid maturities, the group has refinanced a loan of 600 million with its creditor banks and has issued another 390 million in bonds to amortize another issue that expired in 2024, so that its corporate rating has improved significantly (B2 according to Moody’s) although still far from investment grade.