Growth companies Finnish starters raised a record amount of money in the corona year: “Even five years ago, one could not have even dreamed” 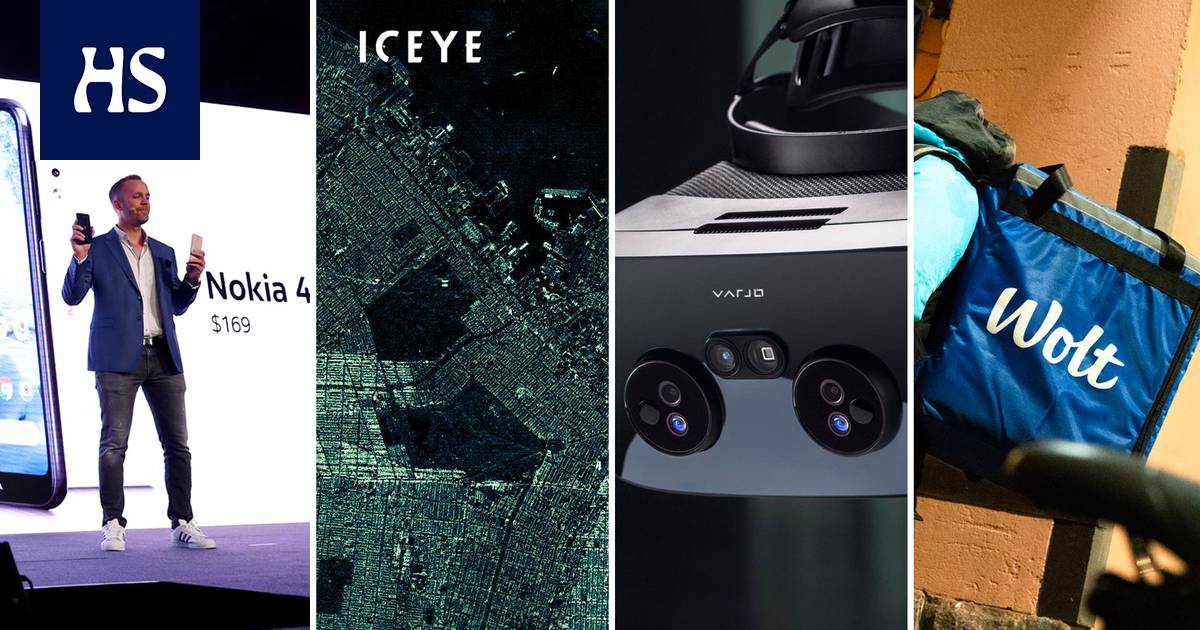 The cash flow brought to Finland by foreign investors has increased fivefold in five years to EUR 543 million. At the same time, a large number of new startup funds have emerged in Finland and the amount of domestic capital has also increased.

Finns the financial situation of startup companies took the real growth spike to a whole new level during the year. The total funding pot half a billion euros achieved in the previous two years was already a record, but now the amount has almost doubled.

“Until five years ago, one could not have even dreamed of one day being in the billion-dollar class,” CEO of Venture Capital Investors Pia Santavirta says.

Venture capital funds invest the largest share of the money. Their investments increased by more than EUR 200 million from a year earlier.

The most significant growth was in Finnish investors’ investments in domestic startups. The investment amount doubled annually from EUR 113 million to EUR 223 million. The background is the significant strengthening of the domestic private equity field in recent years.

Since 2017, as many as 16 new funds investing in early-stage companies have emerged in Finland. They have also been more successful in fundraising. When funds have a lot of capital, it is naturally reflected in the amount of investment.

“It is important that the Finnish market develops in the same proportion as foreign investors. Then domestic funds will be able to invest in financing rounds with foreign investors and keep ownership in domestic hands for longer, ”says Santavirta.

Records despite the problem in Finland, the size of the funds is still too small, Santavirta admits. The largest startup funds in Finland are the EUR 130 million funds of Lifeline Ventures, Open Ocean and Inventure. Compared to the other Nordic countries, not even the United States, they are still quite small players.

At the same time, the capital injection brought to Finland by foreign private equity investors has increased fivefold in five years. Last year, foreign investors accounted for a total of EUR 543 million, or more than half of all startup investments in Finland.

This is reflected in the growth of later-stage growth funding in particular. In five years, its number in Finland has increased tenfold.

According to Santavirta, Finland is now one of the fastest growing new growth companies in Europe. When comparing the amount of capital investment with the country’s gross domestic product, Finland has held the top position in European comparison for two years already.

One of the new startup funds in Finland is Icebreaker.vc. It has just managed to raise a new fund of EUR 100 million and thus has even more capital to distribute.

Founded in 2017, Icebreaker’s first fund was EUR 20 million in size. Now the investment company raised another 20 million euros in this fund as well, in order to be able to make further investments in the most promising growth companies already in the portfolio.

Raising the fund in the midst of a corona pandemic brought an Icebreaker shareholder Riku Seppälä according to uncertainty.

“When we raised the first tranche of the fund early last year, the situation was more difficult. No one knew what to expect. Now the situation has started to normalize, ”says Seppälä.

Korona, on the other hand, had little influence on Icebreaker’s own investment activities. According to Seppälä, the management company made up to 15 initial investments in the new fund in new investment targets. In addition, it made a dozen follow-on investments.

Icebreaker invests between 150,000 and 800,000 euros and can make its first investment in new companies even at the idea stage.

“Now the year has started fast and looks good. The accumulation of expertise and international experience is now reflected in the quality of the teams. At the same time, Europe is attracting more and more interest from large US investors, ”says Seppälä.

Venture capitalists for the first time, other domestic investors appear as a separate group in the annual statistics collected by. This means, for example, large domestic companies such as Nokia, Supercell Ventures, Fazer and Ilmarinen, which made almost one hundred million euros in direct investments in startups.

Last year, private investors invested a total of EUR 36 million in Finnish startups. At the same time, the amount of crowdfunding has stabilized at around EUR 50 million.

“There were fewer initial investments in new portfolio companies than usual. Many startups had to change plans because of the corona, and supporting it kept business angels busy, ”says Gaily.

The volume and median size of the investments, on the other hand, remained unchanged, so Korona did not drive wealthy individuals out of the startup market.

For the first time in 17 years: horror plague is imminent - "Like from another world"