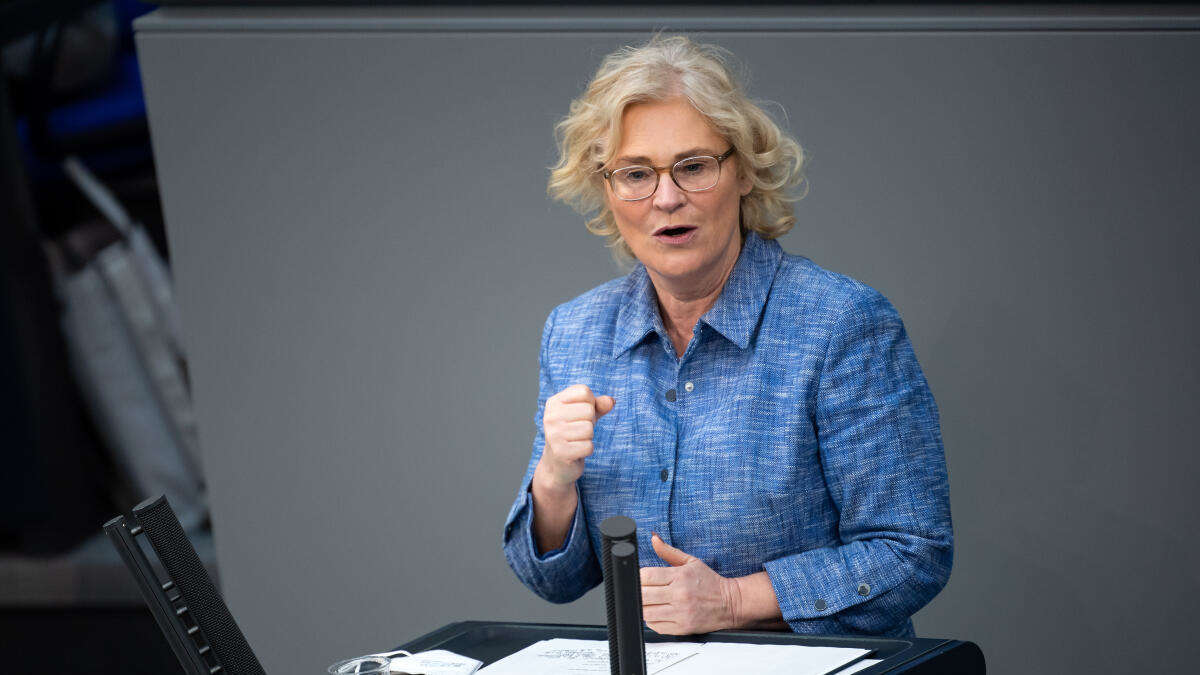 It is a long debated topic: the grand coalition wanted to expressly write children’s rights into the Basic Law. But the project failed for the time being.

Berlin – For the time being, the rights of children will not be explicitly anchored in the Basic Law * as planned. The parties in the Bundestag * after long negotiations were unable to agree on a formulation for a corresponding constitutional amendment. According to Justice and Family Minister Christine Lambrecht (SPD *), the project has failed for the current legislative period.

She was personally “deeply disappointed”, said Lambrecht on Monday evening and accused the Union and the opposition of a lack of will to reach an agreement. Representatives of the CDU * / CSU and the opposition returned the accusation to the SPD side. Opposition politicians blamed the government for the failure. The final round of negotiations with politicians from the parliamentary groups had previously remained unsuccessful. Child protection associations reacted disappointed.

Lambrecht complained about a lack of willingness to compromise on the matter. “This is especially a shame because we were close to an agreement and this opportunity won’t come back anytime soon,” she said.

Child protection organizations have been calling for children’s rights to be included in the constitution for years. As a result, they argued, the concerns of children would take on a whole new weight and would always have to be taken into account – for example in legislation or in practical terms when planning whether a playground or a gas station should be built at a location or whether a bypass road around a housing estate is built. Under pressure from the Social Democrats, the Union and the SPD had agreed to a corresponding constitutional amendment in the coalition agreement. However, two-thirds majorities in the Bundestag and Bundesrat are necessary for changes to the Basic Law. So it doesn’t work without the consent of other parties.

Children’s rights in the Basic Law: There were plans – CSU now wants to continue to advise

According to the coalition’s plans, the Basic Law should be supplemented with the following passage: “The constitutional rights of children, including their right to develop into independent personalities, must be respected and protected. The best interests of the child must be given due consideration. The constitutional right of children to be heard must be upheld. The parents’ primary responsibility remains unaffected. “

Left * and Greens * had called for stronger formulations and rights of participation for children so that they can decide in political, social and economic processes and their interests are taken into account. The SPD had been open to this, the Union had rejected stronger formulations and expressed the fear that this could strengthen the position of the state at the expense of families. The FDP also wanted to link the amendment to the Basic Law with another constitutional amendment and to supplement the prohibition of discrimination in Article 3 with the feature of “sexual identity”. The AfD rejects an amendment to the constitution in principle.

After the preliminary failure of the negotiations, CSU * regional group leader Alexander Dobrindt is relying on further consultations with the aim of finding a solution during this legislative period. “I still have the hope that one can communicate here,” said the chairman of the CSU MPs in the Bundestag on Tuesday before a parliamentary group meeting. He regretted that there was no agreement. Negotiations took a long time and there was a very balanced compromise proposal. It may be necessary to talk about this proposal again. It is about keeping the balance between parental responsibility and state responsibility. The fact that, according to the compromise proposal, parental rights should remain unaffected “would have been a viable solution”. Now it has to be discussed further, “whether we can get this off the ground together, or whether we can then anchor it accordingly in an election manifesto”.

Critics of such an amendment to the Basic Law, such as ex-Constitutional Court President Hans-Jürgen Papier, had argued that an explicit inclusion of children’s rights was not necessary, since the basic rights in the Basic Law were due to everyone, including children. In addition, the Basic Law should not be overloaded.

The project has now failed due to the different ideas. The “Action Alliance for Children’s Rights”, in which the German Children’s Fund, the Child Protection Association, the UN Children’s Fund UNICEF and the German League for Children have joined forces, announced in a joint statement that the failure of the project meant that a historic opportunity had been missed. to sustainably strengthen children’s rights. The President of the Child Protection Association, Heinz Hilgers, spoke of a depressing signal for children and families in Germany.

Reactions to the failure of the grand coalition: Bartsch also from Merkel on the subject of “very disappointed”

Green leader Annalena Baerbock * wrote on Twitter: “The fact that the Union is blocking a strengthening of children’s rights in the Basic Law has serious consequences. After 15 months of failure in education, a policy is finally needed that puts children and young people at the center. ”Deputy FDP * parliamentary group leader Stephan Thomae said that the inclusion of children’s rights in the Basic Law had failed because of the“ lack of ambition ”of the grand coalition. Left parliamentary group leader Dietmar Bartsch said on Tuesday: “That now is the end, that there is no regulation, that is completely unacceptable.” And: “This decision is a disgrace for the coalition.” He was also in by the Chancellor “very disappointed” with this question. (dpa / cibo) * Merkur.de is an offer from IPPEN.MEDIA.