Griezmann: Cristiano Ronaldo is an inspiration! 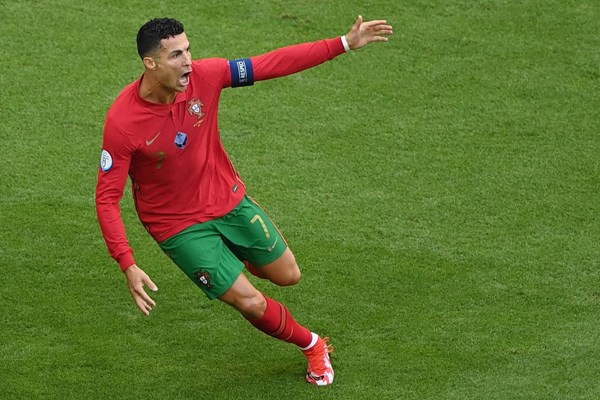 Antoine Griezmann, the French national football team player, said that Portuguese Cristiano Ronaldo “is an inspiration to everyone”.

The French team will meet with its Portuguese counterpart in the last round of Group F in the European Championship “Euro 2020”, in a match that will be repeated for the final of the European Nations Championship, Euro 2016, which witnessed the Portuguese team winning with a clean goal in extra time, although Ronaldo did not complete the match due to injury. .

Both teams played on Saturday but failed to achieve the results they wanted. France managed to draw 1-1 with Hungary in Budapest, while Portugal lost to Germany 2-4.

Ronaldo managed to put the Portuguese national team ahead in Munich, raising his goal tally in the tournament to three goals from two matches, while he currently scored 107 international goals, only two goals behind the record recorded in the name of Iranian Ali Daei.

Ronald has scored 19 goals so far in the World Cup and the Euros – no other European player has scored more goals in both tournaments, with former Germany international Miroslav Klose scoring the same number of goals.

Yesterday’s matches left Group F balanced, as the French team needs to beat its counterpart Portugal to ensure the top of the standings, while a loss may make it fall to third place.

Regardless of what happens on Wednesday, Griezmann praised Ronaldo – as well as his Barcelona teammate Lionel Messi, as an inspirational force.

Griezmann told a press conference: “He is an inspiration to everyone, and what he and Messi does at the age of 36 is exceptional, no player will be there like them, we are lucky to meet them on the field. He is a complete player, an example for all young and old players, he can be Serves as a role model for many young people.