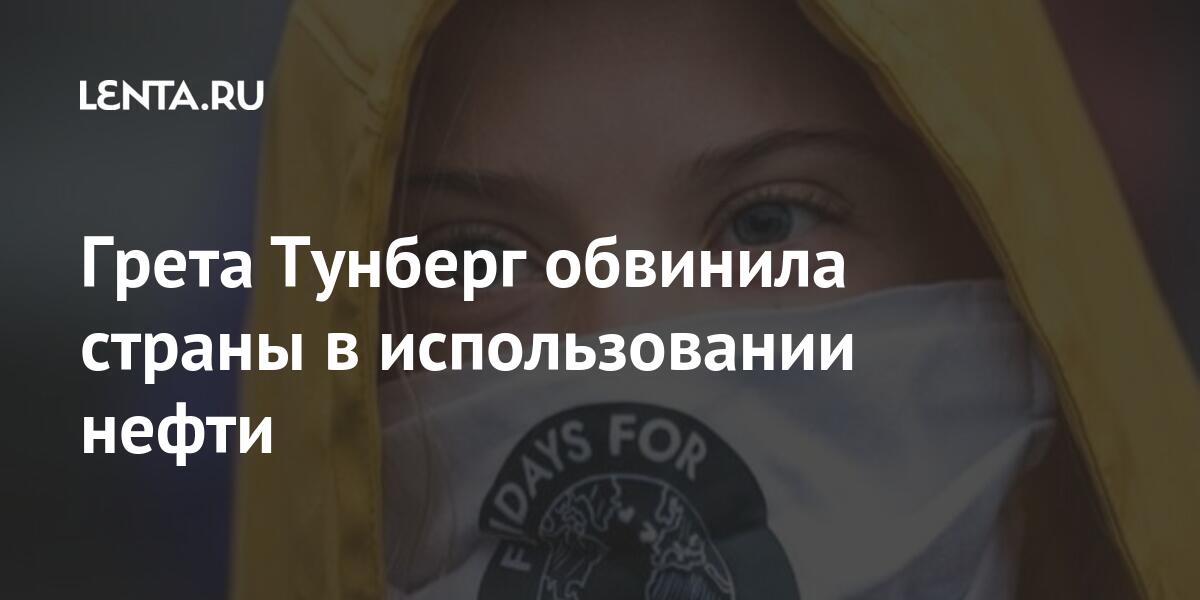 Swedish eco-activist Greta Thunberg accused countries of using fossil fuels, which include oil, coal, peat and other fuels. According to the girl, pronounced at a video conference on climate, the authorities of the countries are not doing enough for climate change. TASS…

“Today is 2021. And the fact that we are still in this debate, moreover, we continue to support the use of fossil fuels directly or indirectly – through taxes – is a shame, ”Thunberg said, adding that only a ban on fossil fuel subsidies can be enforced. Paris Climate Agreement.

The activist noted that the policy measures are based on positive forecasts, while the climate crisis is being ignored. She stressed that inaction will not be able to get away with politicians for a long time.

The online climate summit, which was attended by 40 world leaders, took place on 22 April. The event was dedicated to the topic of consolidating efforts to reduce harmful emissions into the environment. Speaking at the summit, Russian President Vladimir Putin called on all countries to unite in the framework of joint international projects to combat climate change.

The Paris Climate Agreement was adopted in the French capital on December 12, 2015. The document consolidated the goal of preventing an increase in the average annual temperature on the planet by more than 2 degrees Celsius by 2100, as well as taking measures to keep the temperature rise within 1.5 degrees.

As a man of the “future”, Söder wants to make way – and sends poison arrows in the direction of Laschet: “Something else decides”