Green Pass also in outdoor archaeological parks: the nonsense of the decree 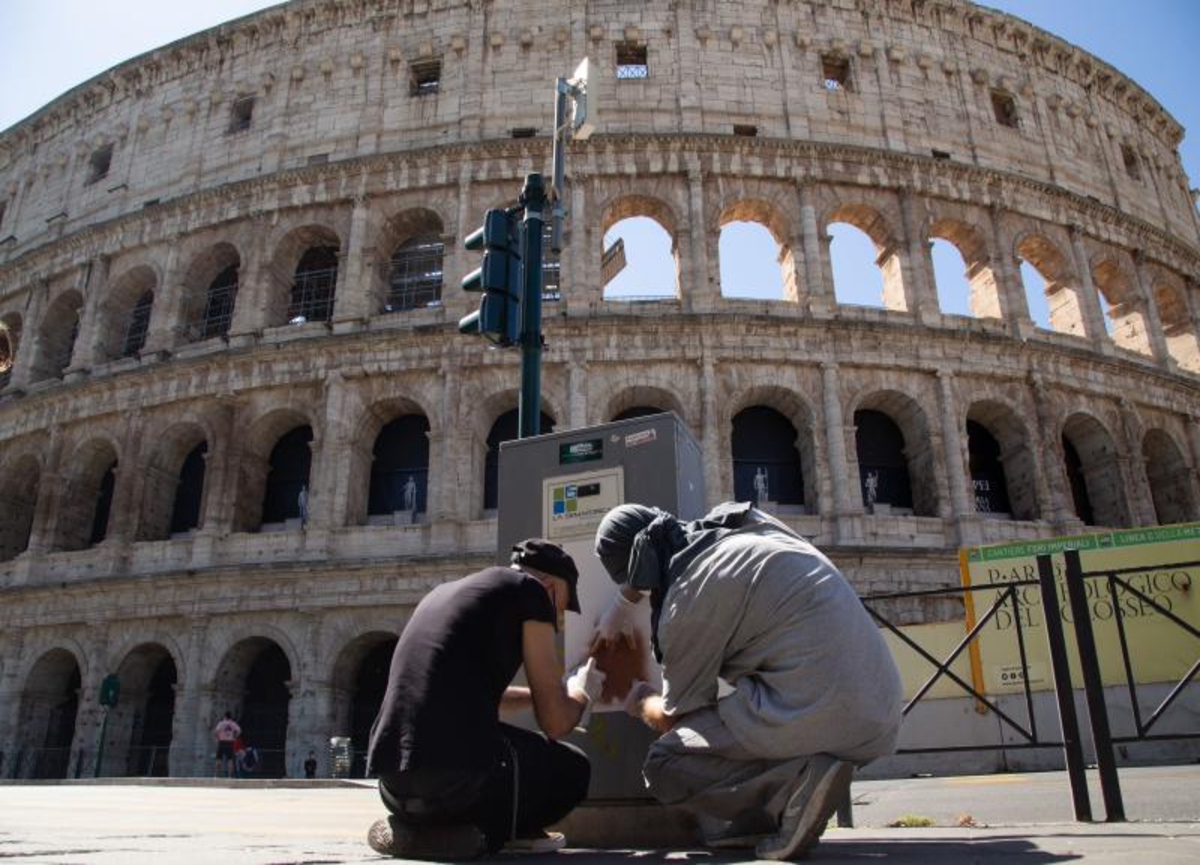 Bureaucracy kills you and can turn into a headless and meaningless monster, to paraphrase the great sociologist Max Weber.

No Green Pass is required to access outdoor activities or public establishments, the document certifying vaccination or, alternatively, recovery from the disease or a negative swab in the previous 48 hours; it is mandatory for citizens over 12 to carry out some activities, including sitting at bars or restaurants indoors, taking advantage of places of culture, such as going to the cinema, in museums. You risk a fine from 400 to 1,000 euros if you do not have the Green Pass where it is provided and the penalties are valid both for individual citizens and for the managers of structures that violate the law.

The Italian archaeological parks are all mainly outdoors, such as the Colosseum, the Imperial Forums, the Temples of Paestum, Pompeii, but also the Roman amphitheater, the Arena of Verona, the archaeological park of Segesta in Sicily and many other masterpieces.

The Italians are on vacation and try to access you but when they arrive at the ticket office they discover, surprisingly, without the Green pass it is not possible to cross the threshold of public structures totally outdoors.

We have known for some time, thanks to numerous studies, that it is almost impossible to get infected in the open air, much less if exposed to light (ultraviolet rays kill the virus) while 80% of infected people have come into contact with the virus indoors ( the rest took place in gatherings). But even if we know from 6 August 2021 the green certificate is used for all places of culture in an indistinct way: from museums to libraries, from shows to open air concerts, due to the risk of gatherings, but also for archaeological parks that do not risk the crowd or if they run risks are similar to those of restaurants and other outdoor places. One thing that doesn’t seem to make sense.

The site of the Colosseum Archaeological Park is as clear as spring water: “In the absence of a Green Pass and a valid document, it will not be possible to access the PArCo and the purchased ticket will not be refunded”. And for citizens from foreign countries: “With reference to Legislative Decree 23 July 2021 n. 105 and circular letter no. 40 of 27 July 2021 of the General Secretariat and to the indications of the Ministry of Health, this archaeological park of the Colosseum, in order to deal with the epidemiological emergency from Covid19, applies the following provisions for the countries belonging to lists A and C (referred to in the lists downloadable from website www.viaggiaresicuri.it of the Ministry of Foreign Affairs and International Cooperation): access is allowed only to subjects with one of the Covid19 Green Pass certifications (in digital or paper format) able to certify – together with a document of valid identity “.

The certificate must be shown at the entrance of each cultural place where the operators will check the QR code. Children under the age of 12 are not required, but accompanying persons must have one.

Refunds are only made to holders of tickets purchased before 4 August, if they do not meet the access requirements.

“The decree that contains the Green Pass speaks of places of culture”, they explain to the offices of the Temples of Paestum, in the province of Salerno, “we are therefore forced to ask for the Green Pass”.

The same goes for all other places. The Verona Arena makes it known on its site, as does the archaeological park of Pompeii. For the Reggia di Venaria Reale in Turin you need the Green Pass, but this is understandable being an indoor place. The certificate is not needed for the large outdoor park of the Royal Palace. Some technicians of the archaeological parks unofficially make it clear that the measure does not make sense and yet they are forced to impose it: “But how … can I stay at the outdoor restaurant and at the Imperial Forums under the sun?”, One of them wonders.

The effect will inevitably be a decrease in accesses with the diversion of foreign tourists to, for example, destinations such as Spain and Greece, where the measures are different. Spain does not have the Green Pass. The Regional Court of Galicia, the only region where the measure was still in force in August, declared the requirement of possession of the Covid green certificate invalid even to be able to access bars, restaurants and nightclubs in certain areas of the region. In Greece, on the other hand, you must have the Green Pass to enter the country but not to access the archaeological sites to visit.

What economic damage will this nonsense produce?

Who will cover the lost revenue in Italian outdoor archaeological sites that are as safe as other outdoor spaces? The state, inevitably, with the money of the community. But wasn’t it better to differentiate and try to adopt common sense?