Green light against the abuse of the interim model: keys and deadlines for regularization 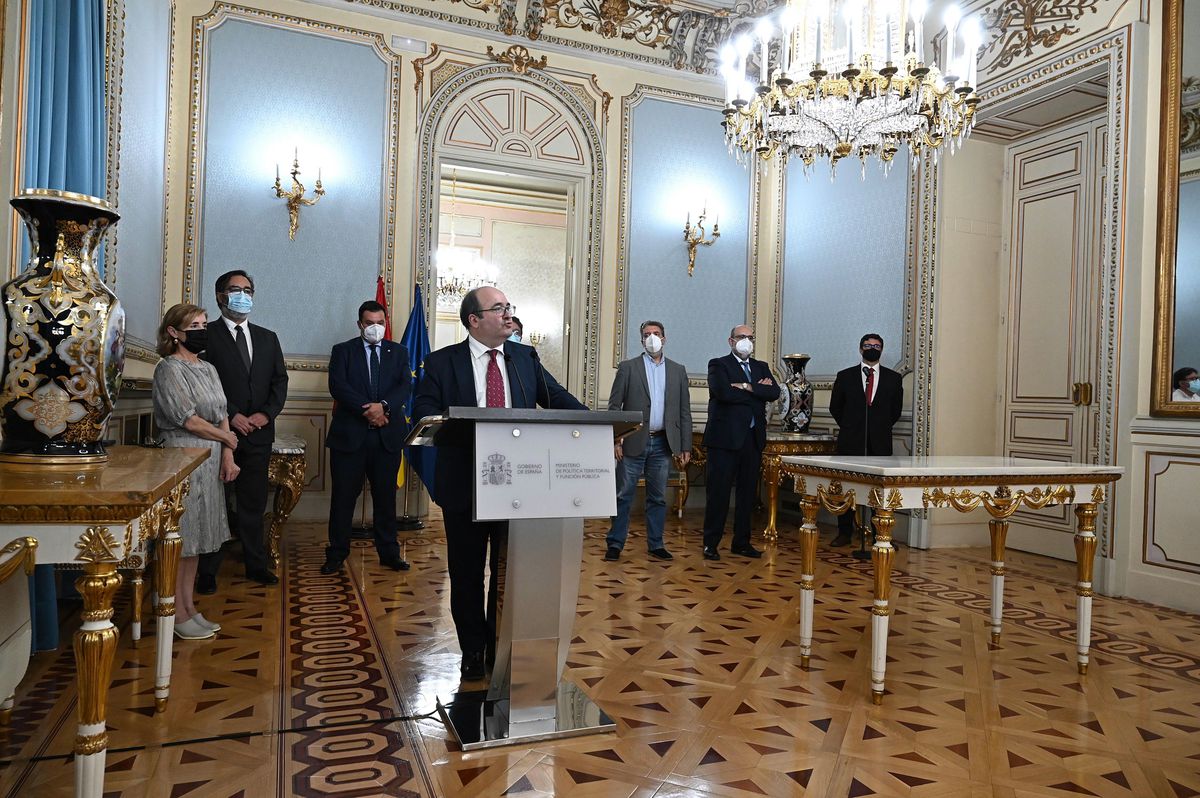 The Council of Ministers has given the green light to the pact against temporality that was sealed this Monday by the Minister of Territorial Policy and Public Function, Miquel Iceta, and representatives of the three majority unions in the Administration (CC OO, UGT and CSIF) that have participated in negotiation. The reform tries to remedy one of the flaws that have most hampered public employment (and which also has its replica in the private sector): the high rate of temporary employment.

For decades ―Iceta recalled that it is a cyclical problem, but focused on its worsening as of the 2008 crisis― a multitude of interim civil servants have accumulated temporary contracts that have extended a precariousness that has reached nearly 800,000 public workers according to the unions, 310,000 in the Executive’s calculations. The pact against temporary employment assumed this Monday establishes two paths to achieve the objective of lowering the temporary employment rate to 8% (the average presented by the European Union) from the current 28%.

How will the regularization of interns be carried out?

At the beginning of the negotiations, from the Public Function, as Iceta himself recognized on Monday, only a reform of article 10 of the Basic Statute of Public Employees (EBEP) was contemplated to put an end to the progressive accumulation of temporary contracts and limit this condition of eventual to a maximum of three years. It was a patch for the future, but it left aside the current interns.

After weeks of negotiation, it was decided to incorporate them into this shock plan based on the design of a stabilization process that will put out to tender all the vacancies that are currently covered by temporary personnel. In this way, it is intended to cut the deadlines to reach the objective agreed with Europe (2024), and not leave anyone behind. “We are looking for a practical, fair and legal solution for the hundreds of thousands of people who occupy structural positions, but who have reached them by occupying various interim contracts,” said Iceta.

What will be the formula used to assign the places?

The formula that will be used to carry out the regularization of the interns will be that of the competition-opposition. A hybrid mechanism in which there will be a theoretical part and a merit accreditation part. For the first, which will be eliminatory ―something that displeases several interim organizations―, and weighs 60% of the total assessment, it has been agreed to establish different formulas that make the composition of these exams more flexible to facilitate their preparation, for example , by putting together different subjects and exercises in a single section.

However, it is in the part of accreditation of merits – which distributes the other 40% remaining – where one of the main novelties is collected: the experience accumulated over years in the Administration will have a majority weight over other credentials. Its value will be at least 50%, so transferred to the final calculation of the note will be 20%. By means of this formula, it is intended to facilitate the access of interns to the positions that they have been occupying regularly. Even so, it should be remembered that any opponent may appear in this process, since there is no restriction that prevents it.

What happens if the process is not approved?

In the event that an interim applicant to consolidate his position and acquire the rank of career civil servant does not pass the competition-opposition process, he will be assisted in two ways: one economic and another labor. For the first time in history, interim officials who see their employment relationship terminated will be entitled to compensation. Therefore, those who do not manage to consolidate their positions will receive compensation of 20 days per year worked (with a limit of 12 monthly payments) and, in addition, they will be automatically incorporated into a specific job bank with which their return to the Administration in A near future.

The fact that all those interim in law fraud – those who add up to more than three years chaining temporary contracts – have to be compensated when their employment relationship is terminated places the Administrations in an unknown situation. Both the Government and the unions understand that this measure will have dissuasive effects on them and will prevent abuses such as the current ones from being reproduced in the future. They point out that, given the anticipation of having to spend a high amount in compensation, they will prioritize consolidating these positions through stabilization processes.

Is there any measure to prevent temporality from reproducing in the future?

The first measure to lower the temporary employment rate in the public sector has to do with the fact that the stabilization process must be resolved and executed by 2024. However, the agreement establishes the reform of article 10 of the EBEP to prevent present evils are transferred to the future. As of its approval, there will only be four cases in which the appointment of interim personnel will be possible: by vacancy when it is not possible to do so by career civil servants and with a maximum duration of three years from the appointment; for temporary replacement of holders the time strictly necessary; for the execution of temporary programs, which will not exceed three years in duration, extendable for a further 12 months depending on the provisions of the Public Function Laws that develop the consolidated text of the EBEP; and due to excess or accumulation of tasks with a maximum term of nine months within a period of 18 months.

The text also establishes an improvement in the definition of the figure of interim civil servant personnel. “The temporary nature is reinforced by discarding any expectation of permanence after a selection with publicity and speed; the causes of termination and the maximum duration are defined; and non-discrimination is established between the legal regime of temporary staff and career civil servants ”, it indicates. And the same rights are also recognized for temporary staff as for permanent staff.

When will this new regulation start to apply?

Despite the fact that this Tuesday the royal decree law that will regulate all the aforementioned sections will be regulated, its application will be gradual. In the first place, because what has been agreed only belongs to the General Administration sector of the Public Administrations; while a period of one year is granted for the adaptation of the specific legislation for the teaching and statutory personnel of the health services, which are precisely the two sectors with the highest rates of temporary employment at present (28% and 38% %, respectively). Autonomous communities and local entities will also have a deadline to adapt these measures to their constituencies.

Once the parliamentary procedure begins, the unions assure that the next objective is precisely this, to resolve the application of these formulas in the health and educational environment, which are the ones that have seen their situation become precarious in a more dramatic way since the outbreak of the coronavirus. “We do this for reasons of justice with so many public employees who have suffered an uncertain situation of temporality,” acknowledged Minister Iceta in this regard.