Green before problem party congress: The basis of the Chancellor course is not interested – 20 tough applications for Baerbock 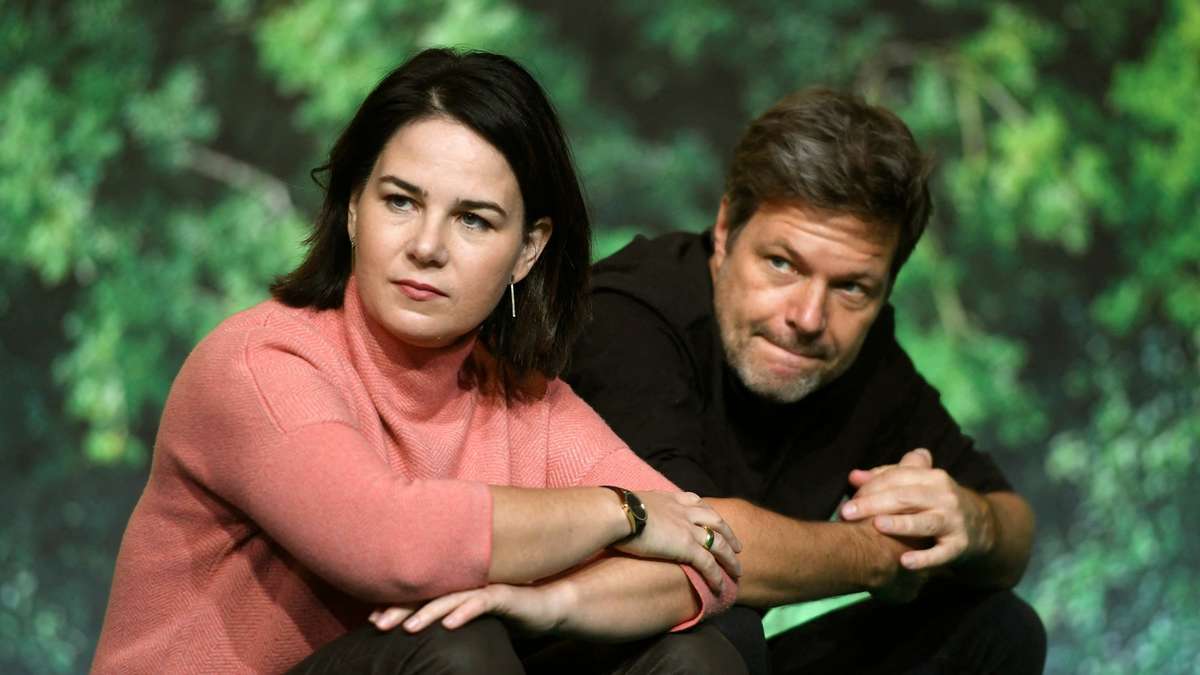 The Greens did not cut a good figure recently, which makes a successful party congress all the more important. But parts of the base are dissatisfied with the real-life course of the party leadership.

Munich – It was a bewitched May for the Greens * and somehow the Berlin district association Friedrichshain / Kreuzberg also had its share in it. He had asked for the word “Germany” to be deleted from the title of the election platform for the federal election *. After all, people are at the center of green politics. Not Germany. The mockery followed as ordered. The CSU confirmed with relish that the green competition had a “disturbed relationship with the fatherland”.

The application will hardly have a chance at the digital party congress that begins on Friday. Its only effect: it was a small PR disaster – and covered up what actually bothers the grassroots in the course of their party leadership. That is a lot. 3280 amendments to the election manifesto were received by the party headquarters. For weeks she had to do with sorting out the mess, evaporating it and soothing many of the applicants.

Discussions about Annalena Baerbock have left their mark

“At the weekend we will surely decide on the most intensely discussed election program in green history,” said Secretary General Michael Kellner these days. He was able to resolve a few controversial points in advance, but not all. About 20 applications are left – and could cause unrest at the weekend.

A smooth party congress would be important for the Greens, especially now. The discussions about Annalena Baerbocks * unreported special payments and her embellished résumé, the debates about gasoline prices, single-family houses * and short-haul flights have left their mark. The party is losing support. The Munich Bundestag member Dieter Janecek also says: “It is an extremely important party congress for us.”

Greens: Tactical considerations don’t seem to matter to the grassroots

But tactical considerations do not seem to interest at least parts of the base. She wants to radically sharpen the carefully balanced election program in some places. In addition to an upper salary limit (a maximum of one hundred times the lowest income level in the company) and a state job guarantee, an application also requires a top tax rate of 52 percent (48 percent are in the election program).

The sharpest discussions are already on Friday: with environmental and climate policy. For many members, the proposals in the election manifesto do not go far enough, for example with regard to the CO2 price. According to the election program, this should rise to 60 euros per ton from 2023, the GroKo has only targeted 35 euros. For some Greens, none of this goes far enough. They ask for up to 120 euros per ton of CO2. In addition, the end of the internal combustion engine is to be brought forward to 2025. Some also demand a 100 km / h limit on motorways. The election program suggests 130 km / h.

In the party it is said that the activists of “Fridays for Future *” worked on the base for a long time to sharpen climate protection. Realos like Katrin Göring-Eckardt or Dieter Janecek, meanwhile, warn against overburdening society. “Higher, faster, no further helps climate protection alone,” says Janecek. The goals must also be achievable. Whether the re-sharpening will ultimately make it into the electoral program is questionable anyway. The delegates should also suspect that an election victory will be difficult with maximum demands.

For the Greens, a lot depends on who will prevail – and in what way. The head of the Forsa survey institute, Michael Güllner, warned in the “Handelsblatt” that the “painstakingly constructed picture of united, pragmatic-rational green leaps could get”. For Annalena Baerbock that would be the next setback. She wants to be officially elected as candidate for chancellor on Saturday. And if possible, without hitting and stabbing beforehand. – Marcus Mäckler – * Merkur.de is an offer from IPPEN.MEDIA.