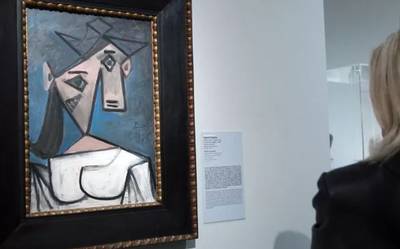 Greek police have recovered paintings by Mondrian and Picasso nine years after they were stolen from a museum in Athens. An arrest has also been made after years of investigation. A 49-year-old Greek has pointed out to the police the spot where he had hidden them all along, Greek media reported.