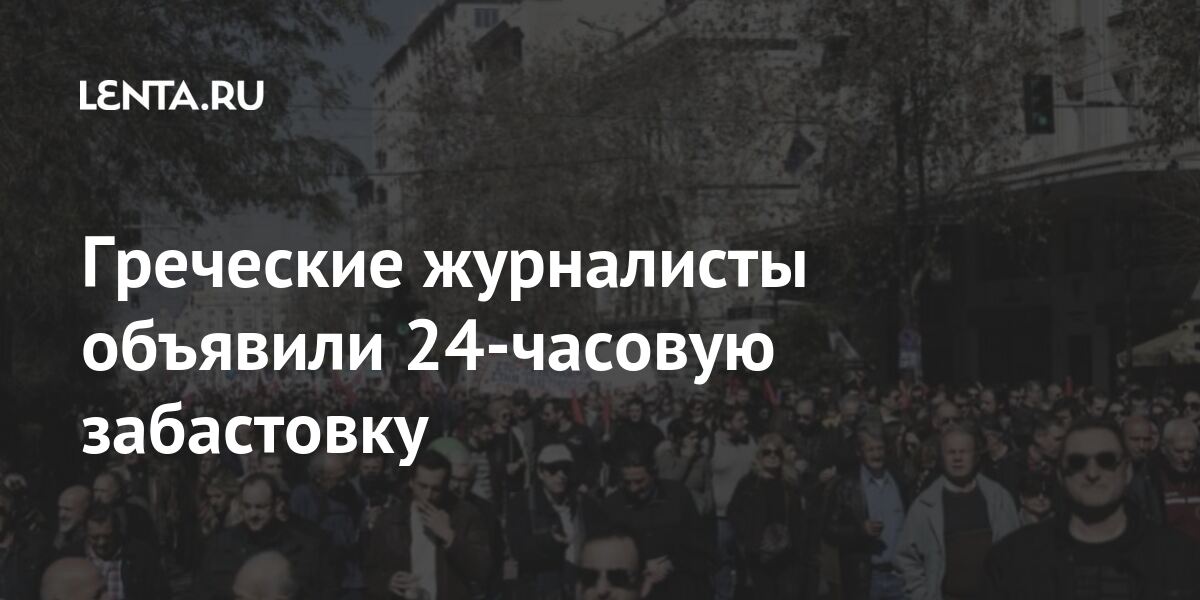 The Union of Editors of the Athenian daily newspapers ESIEA and its associated associations have announced a 24-hour strike, reports RIA News…

The strike is held in connection with May 1 – International Day of Remembrance of the Workers’ Struggle for Collective and Personal Rights, Social Justice and Peace, Health and Safety. May Day actions of workers were postponed to May 4 because May Day fell on a non-working day.

From 6 a.m. on May 4, the strike began in most of the Greek media. The exception is journalists who cover the strike and information from the Ministry of Health about the coronavirus pandemic.

On May 4, Greek trade unions do not intend to hold rallies, but they will take place on May 6. On this day, the strike will be held by the High Council of the Trade Union of Civil Servants.

Earlier it was reported that the students of the English school expressed dissatisfaction with the “racist” policy regarding school uniforms and went on strike. According to the material, the London Pimlico Academy has made changes to its charter: children were banned from African-style haircuts and hijabs in bright colors. As a result, students accused the leadership of racism, arguing that the new rules oppress African Americans and Muslims.

Hockey Did an NHL serialist tear the star player's hair to ice? “No respect whatsoever”