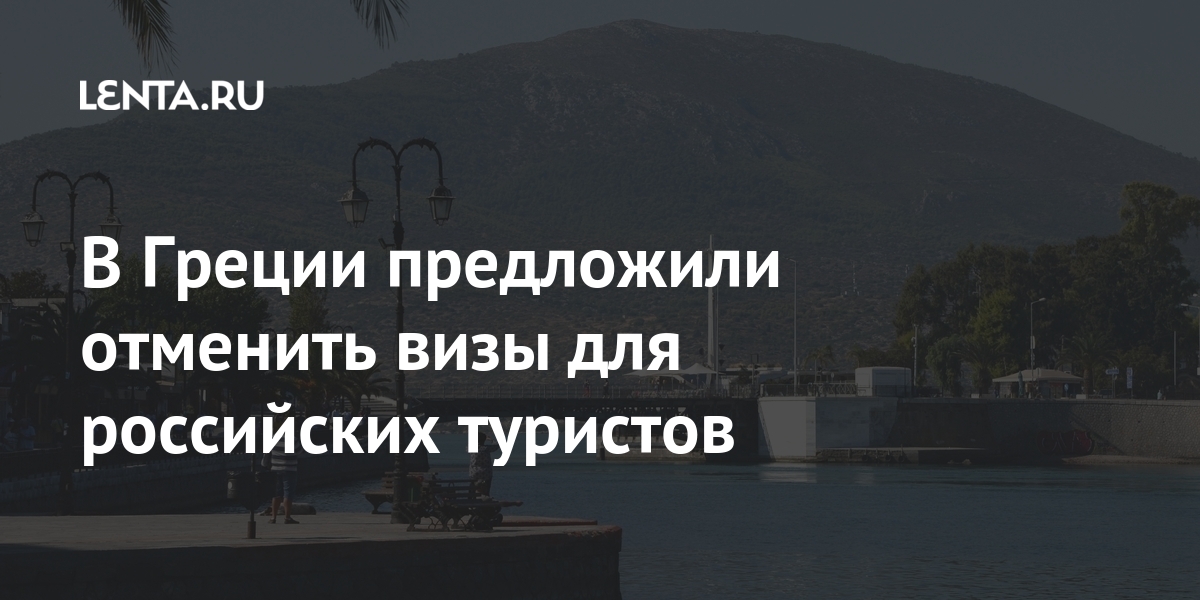 Greece has offered to abolish visas for Russian tourists in order to increase the flow of tourists. This is reported by Gazeta.ru.

Such a proposal was made by the Greek politician, ex-member of the European Parliament and leader of the “Greece – Another Way” party, Notias Marias. “Greece should abolish the compulsory visa for Russian tourists and agree to their entry into our country with a simple presentation of a passport and, of course, in accordance with the terms of sanitary protocols,” stressed Marias.

The politician noted that the restriction by the Russian authorities of flights from Russia to Turkey would attract millions of Russians to Greece. According to him, only the abolition of visas will be able to ensure the massive arrival of Russian tourists.

Earlier, the Minister of Tourism of Greece Haris Theocharis clarified the rules for entering the country for Russian tourists after April 19. He explained that Greece will continue to receive Russians in the current regime. The minister recalled that now up to four thousand people a week can come to the country. They need to go into quarantine upon arrival.

Ordago Q1 with Mir and Márquez

A secret agent of the Imserso