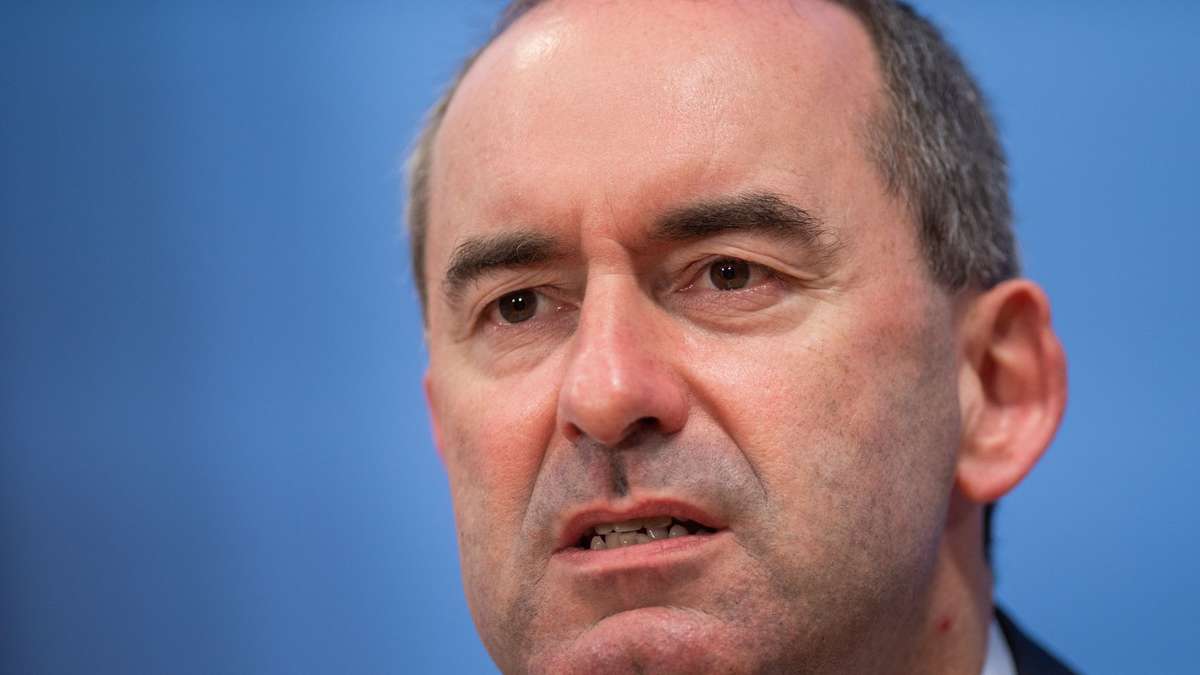 Bavaria’s Minister of Economic Affairs, Hubert Aiwanger, announced revolutionary corona self-tests as a “top-class product” at the end of 2020. Eight months later, little is left of the promise.

Munich – On December 29th, the Bavarian Ministry of Economic Affairs published a press release on the “Special approval for the first Bavarian PCR-Corona rapid test”. The message, in which the cooperation with the company GNA Biosolutions from Martinsried near Munich is explained, read after a milestone in the fight against pandemics. Economics Minister Hubert Aiwanger (Free Voters) spoke of a “great device” and proudly declared: “Nobody will imitate us anytime soon. It’s a top-class Bavarian quality product. ”Almost eight months later, the innovation has become surprisingly quiet. Aiwanger seems to have clearly miscalculated.

The rapid tests with the name “GNA Octea” were intended to promote the fight against pandemics in Bavaria and to be used in highly frequented locations such as train stations, airports or hospitals. Portable test devices can be used to determine within 40 minutes whether people are infected with the corona virus. The alleged advantage: The mobile laboratory only needs the area of ​​a table and saves an enormous amount of time. The tests could be evaluated directly on site. Aiwanger saw “in this development the advantages of all previous tests combined in one device” and made great hopes for easing. The Ministry of Economic Affairs summarized it briefly: “Safe, fast, mobile and cheap”.

The Free State commissioned the company GNA Biosolutions to supply Bavaria with “GNA Octea” across the country and the deal cost around eight million euros. Specifically, it was 7.973 million euros, including sales tax. “The remuneration was agreed for the development work (including personnel costs, material costs, etc.),” ​​says the CSU-led Bavarian Ministry of Health around Minister Klaus Holetschek in a response to a written request from the SPD parliamentarians Florian von Brunn and Ruth Waldmann.

Bayern: Aiwanger’s “super device” in the criticism – “the world’s best tests are obviously a terrific flop”

Now, eight months later, a total of six “GNA Octea” devices have been ordered, which means only 60,000 test options. That’s as many as in December, when Aiwanger said: “We have secured subscription rights for 1,000 test devices and a million individual tests. If necessary, we can order further tests. ”The opposition is annoyed by this promise that has not been kept.

“The world’s best tests are obviously a terrific flop,” said SPD politician Waldmann in the Süddeutsche Zeitung quoted. “So far they only had one effect: Aiwanger and Holetschek made themselves terribly important and cackled unlaid eggs.”

Now the question arises why the Free State of Bavaria missed its goals so clearly. It is difficult to make out a clear justification. Presumably, Aiwanger & Co. have clearly overestimated the results of the project. Because like that Southgerman newspaper reports, a pilot study by the company on the “performance of the Octea system” is not yet available. It is clear that Octea works, the company emphasizes, but the purely economic success depends on the future need for PCR test capacities.

However, the test process has changed massively in the last few months. Because more and more people are fully vaccinated and are currently no longer considered to be strong virus carriers, fewer tests are currently needed. In addition, rapid tests will also be charged for in Bavaria from October. Whether there will still be a market for Octea devices “cannot currently be assessed”, writes the ministry at the request of the SZ.

Meanwhile, it still seems unclear what will happen to the approximately eight million euros. The Ministry of Health is responding to the SPD. “The remuneration for the development work is independent of whether the Free State will acquire or use the fully developed PCR rapid test system ‘Octea’. However, the Free State has been granted a subscription right for the ‘Octea’. ”The Free State should participate in the proceeds from the sale of the device. But that also means: the more devices are sold, the more money Bavaria gets back. Six devices have been sold so far, which is loud SZ generated less than 100,000 euros.

Meanwhile, the former CSU politician Alfred Sauter is said to have benefited far more. He billed 300,000 euros at GNA Biosolutions for legal services when the new test system was approved. The connections of the former Bavarian Minister of Justice (1998-99) to GNA Biosolutions had already become public in March in the course of the mask affair. Sauter rejected all party offices and resigned from the CSU parliamentary group. There had previously been reports of personal enrichment in the procurement of corona protective masks. (as)